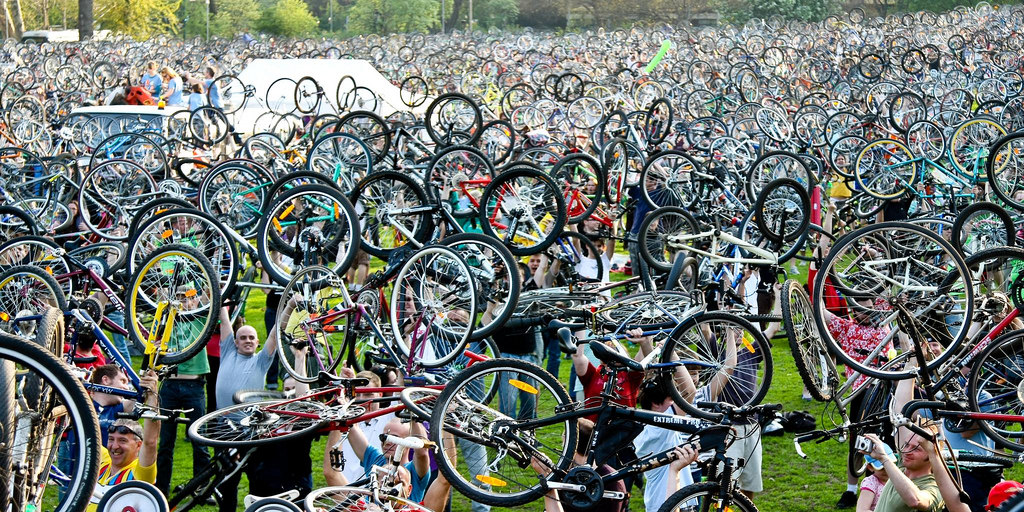 Across Colombia’s cities, bicycle users are the most satisfied commuters, according to a new survey. In 2016, 86 percent of bicyclists in 18 cities were satisfied with their commutes, compared to just 48 percent for mass transit and 74 percent for those using taxis.

In Bogotá in 2017, for the first time, there were more survey respondents using bicycles than cars – 9 percent vs. 8 percent – with a satisfaction rate of 85 percent for bicycles against 75 percent for private vehicles. Only 19 percent users of the city’s bus rapid transit system, TransMilenio, reported being satisfied with its service.

The data from Colombia is consistent with international evidence.

A survey of 13,000 people in the United States by researchers from Clemson University in 2014 showed that cyclists were the happiest commuters.

Similarly, a survey of 1,000 people in London showed that 91 percent of the respondents bicycling to work found it satisfactory, while only 74 percent of bus commuters and 73 percent of Underground users were satisfied with their daily travel experience.

In the Global Happiness Report 2017, countries with high bicycle use tend to among the happiest overall, like the Netherlands (ranked sixth; daily bike use: 43 percent), Denmark (ranked third; daily bike user: 30 percent) and Finland (ranked first; daily bike use: 28 percent).

Happiness score mapped against biking at least once per day has a positive correlation in the European Union. Graphic by WRI

These data don’t necessarily mean that putting a random person on a bicycle will make her happy, or that having many bicycle users will solve all of a city’s problems. Rankings in the Global Happiness Report are mostly related to economic development, life expectancy, generosity, social support, freedom and corruption, not the way the people commute.

But bicycling will help a bit.

The Clemson study indicates that there are benefits to cycling beyond those commonly understood, like environmental effects (zero tailpipe emissions), reduced congestion (fewer cars, motorcycles and buses) and physical activity (less obesity). Bicyclists’ moods tend to be better than all other types of commuters too.

“Our findings suggest that bicycle use may have benefits beyond the typically cited health and transportation ones,” Eric A. Morris and Erick Guerra write, “and that improving transit riders’ emotional experience may be as important as improving traditional service features such as headways and travel speeds.”

Enthusiasts make up a substantial number of bicycle users in many cities, which may skew results, but there are also users who ride largely by necessity and these riders respond to infrastructure improvements.

Cycling safety is an important concern in Colombia. Last year, 375 cyclists died in traffic crashes, and 2,656 were injured, according to the National Road Safety Agency. These figures were 25 percent higher than in 2012. In Bogotá, there were 57 cyclist fatalities and 915 injuries in 2017, 72 percent and 288 percent higher, respectively, than in 2012.

In addition to providing safer infrastructure for cyclists, it is often necessary to manage the speed of motor vehicles, particularly trucks and buses, which are involved in most cyclist fatalities, as well as improve the behavior of bicyclists, helping them understand their relationship with other road users. Some cyclists persist in disobeying basic traffic rules, like red lights and stop signs, putting themselves and others at risk.

Bogotá continues to advance its bicycling infrastructure and promote safe behavior by all road users. The city has a lofty ambition to reach 1,000 kilometers (715 miles) of bicycle lanes in the next three years – roughly doubling the current amount – to accommodate 1.5 million daily trips.

The next national government, taking office August 7, then has a chance for a triple win: by supporting cycling infrastructure in Bogotá and other Colombian cities, it can help lower pollution and greenhouse gas emissions, improve physical health and reduce traffic deaths, and, yes, even improve people’s moods.

The original version of this article appeared in Spanish in El Tiempo.