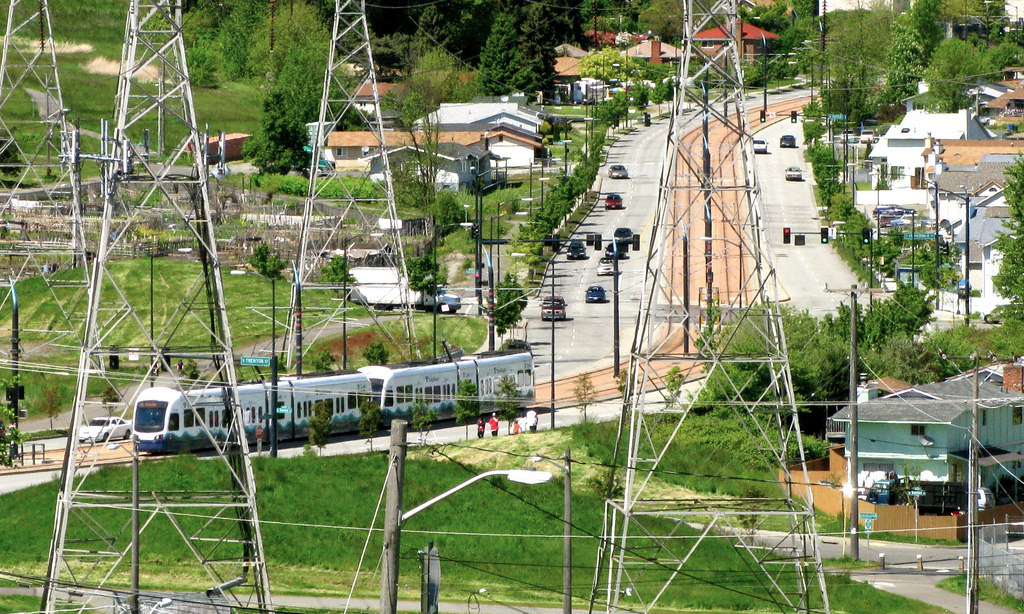 The Urbanist reported recently that a Washington State lawmaker plans to introduce draft legislation that would establish a minimum housing density within walking distance of certain kinds of high-frequency transit (not firmly defined yet, but likely to be rail or bus stations with 15-minute or better frequency). State Senator Guy Palumbo, who represents a swath of Seattle’s northern suburbs, says his legislation will be an effort to deal with the fallout of Seattle’s failure to provide enough housing to meet demand, pushing new development out to the suburban fringe:

“At a high level, if Seattle was taking enough growth, we’d have downward pressure on prices,” Senator Palumbo said, adding the result is “massive problems in South Snohomish and in North Pierce County.”

“In [my district] we’re at the epicenter of Seattle not taking growth,” Senator Palumbo said. “Everybody has to drive to qualify because they can’t afford to live in Seattle. People are getting pushed out father. Lake Stevens, Marysville, Arlington…”

In effect, Palumbo wants to pick up the ball where California’s failed SB827 dropped it, and run with it.

Whether this is a good idea is one of those policy questions that elicits a certain cognitive dissonance in me as a Strong Towns advocate. It sits in the clouded space between the answers to “How should the world be in theory?” and “How should we get there from the way it is now?”

On the pro side, this is a good-faith, and bold, attempt to address a real problem:

On the con side, this is a top-down, incredibly indelicate approach to addressing a complex problem. The Urbanist cites Palumbo’s proposed density quotas based on distance from transit as follows:

· 1 mile radius would need to allow 14 dwelling units per acre.

For context, a block of all single-family homes typically comes out to 10 or fewer dwelling units per acre (often far fewer).

There is so much not taken into account here. Density alone is an incredibly reductive measure of what it is that makes transit succeed, and a reductive measure of what makes a place financially productive and successful. The relationship between density and transit ridership is complex. “Transit stations” can have remarkably different existing land use and market conditions. These areas are not created equal, nor are they equally suited for residential development.

Palumbo’s bill would dramatically upzone some neighborhoods. This is not necessarily a bad thing, but this kind of upzoning of very limited, prescribed areas can create powerful incentives for land speculation which distorts prices. What happens if you suddenly allow 150 units per acre in a location where the market right now will only support 115, as one of the commenters on The Urbanist‘s article suggests? Will a developer step in and build the 115? Or will one have an incentive to buy up land and sit on it for a bigger payday in the future? Will any windfall profits from a piece of land that is suddenly worth ten times as much be recaptured for public benefit, and if so, how? And for what benefit?

This kind of huge upzoning of small pockets of a city risks unleashing a flood of cataclysmic money into locations where the state has effectively created a large amount of artificial land value based on speculation, not proven demand. The state, through its power to regulate land use and invest in infrastructure, has a power which should be used judiciously: the power to juice development in some locations and starve others of it. This can prevent genuine market feedback from allowing people to live where people want to live.

But We Have to Do Something, Right?

Of course, the status quo also prevents people from living where people want to live, through restrictive, exclusionary zoning. So what should we do?

Strong Towns has repeatedly proposed a general answer, though each place is different and the specifics will be different. Our answer is that all neighborhoods should be free to evolve to the next increment of development. Most recently, we recommended this for Austin, Texas, after the failure of its attempt to overhaul its land development code.

I am not arguing at all that Palumbo should not pursue his bill: I think he should. It can achieve a lot of good. This is also not an argument that local control of land use should be sacrosanct: it shouldn’t. Unfettered local control all too easily leads to a Prisoner’s Dilemma, in which each individual city pursuing the interests of its own residents leads to a crippling housing shortage and a leapfrogging pattern of fiscally unsustainable suburban growth. We’ve seen this story in Seattle. We’ve seen it in San Francisco. We’ve seen it in Austin. Et cetera.

And there is value in a dramatic, sweeping proposal like this, because it helps to move the Overton Window when it comes to how we regulate land use in our cities. It’s exciting to see first California, and now Washington, taking up the fundamental broken-ness of our development pattern.

But it’s time for some real sophistication to enter the discourse. Let’s craft policies that remove the straightjacket from our cities, but are also rooted in a very real understanding of the need for local responses to local feedback, instead of a one-size-fits-all understanding of what makes for a good city.

This isn’t easy work. It might be slower work. But it’s the work that will make our neighborhoods strong and resilient in the long run.