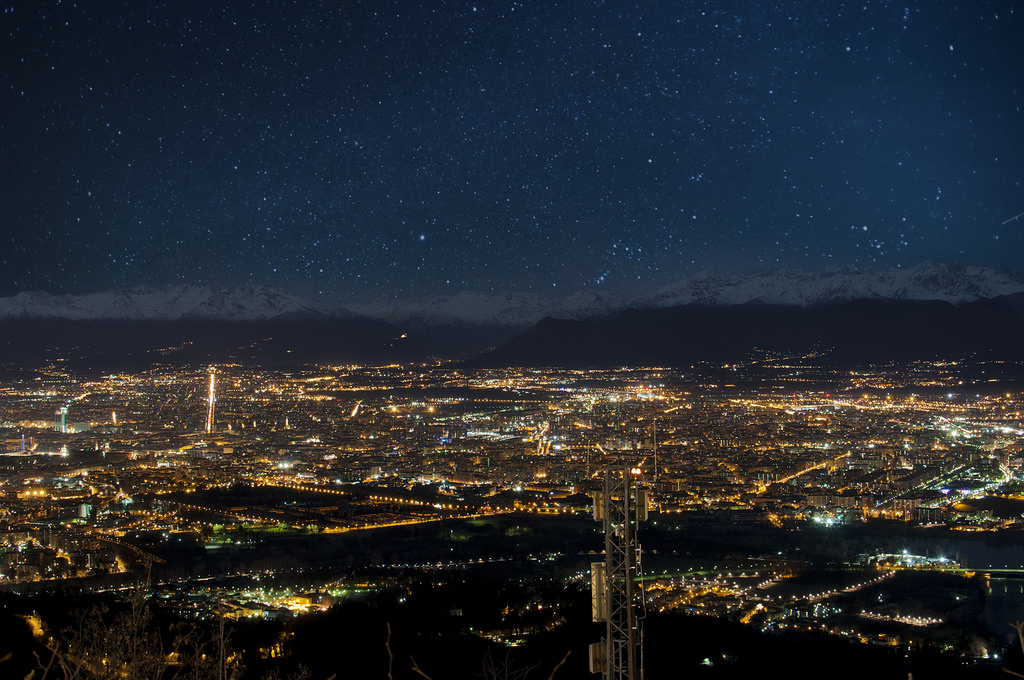 This article is drawn from the most recent edition of the Veolia Institute’s “Facts Reports” focusing on resilient cities.

City planners and politicians have long taken the view that the trajectory of a city’s evolution should and could only be seen in terms of growth, whether economic or demographic. This is what sociologist Harvey Molotch meant when he referred to the “urban growth machine”: historically, the driving force for cities has been growth and the idea that growth is constant. Yet some territories have experienced, and continue to experience, urban crises that are far from accidental and very far from transitory. New terms have started to appear to describe this lasting change of direction, such as “shrinking cities, legacy cities”. Other actors involved in the urban fabric have sought a more positive vision, seeking to identify “phoenix cities”.

All these terms speak of a transformation: degrowth in cities is not a passing phase, it is clearly a new urban reality. Degrowth requires us to reopen the urban planners’ toolbox and develop a language that incorporates these processes over the long term. It poses new challenges to local governments and other actors involved in the urban fabric, such as major industrial companies, the construction industry and users.

What is urban degrowth?

Cities engaged in degrowth are subject to an accumulation of processes, each a self-fueling spiral (figure 1). These processes are not new, but have taken on new impetus over the past two decades or more, accelerated by the effects of globalisation. A shrinking city is thus a city where processes of demographic and economic decline accumulate to a greater or lesser extent but over a relatively lengthy period, very often in conjunction with a crisis in local government finances. Turin, for instance, has lost over 25% of its population and more than 130,000 manufacturing jobs since the 1970s. Its urban trajectory took a sharp turn in a new direction, obliging municipal authorities to alter their strategies and their approach to producing the urban fabric.

The phenomenon can be found in most cities with an industrial background, on every continent – countless examples in the United States, Japan, Brazil and China have been studied by researchers from the Shrinking Cities International Research Network – and occurs in particularly acute form in most eastern European cities. The transition to post-socialist systems acted as a catalyst for this involuntary degrowth. It impacted major cities like Bucharest and Brno, but the impact was particularly strong in small and medium-size towns. Some towns in eastern Germany lost over a third of their population in just a few years.

A town such as Frankfurt-on-Oder, on the border with Poland, has seen its population fall from 88,000 in 1990 to 58,000 today. Another town, Hoyerswerda, has even seen its name become synonymous with a sort of syndrome: in the 1980s, it was the town with the youngest population anywhere in East Germany, but by the 2000s it was the town in (united) Germany with the oldest population. People who stay behind tend to be the oldest or the least mobile, which in turn exacerbates social and generational disparities between shrinking cities and thriving cities. Ageing in Europe has its own geography too, and shrinking cities are often cities with ageing populations.

Urban degrowth also affects the built environment in the form of abandoned industrial and urban plots and empty housing. The proliferation of empty housing and wasteland has led some planners to talk of the “perforated city”. In the German city of Leipzig, despite recent improvement in its attractiveness, some streets in the east of the city remain scarred by long corridors of partially or completely empty buildings. This situation not only makes it harder to maintain public spaces, it also impacts delivery of city services since they are often predicated on a certain population density to work properly. This also points up the fact that, within the same territory, it is quite possible for neighborhoods that have regained their attractiveness to co-exist alongside other more depressed areas. The resilience that is possible in these territories sometimes occurs only selectively, to the detriment of certain evermore disadvantaged neighborhoods, creating a lame phoenix instead of a resurgent hydra.

This accumulation of processes often creates cities and towns with impaired accessibility, whether to municipal services, stores and leisure facilities, or to a buoyant employment market and to some economic and social mobility.

Degrowth thus encompasses visible territories, representing the dark side of globalisation. It also has invisible territories, emerging new domains that call for new responses from cities. A number of degrowth processes have the effect of destabilising normal operations in different types of infrastructure, notably city water and energy utility networks (figure 2). This makes itself evident in the lower consumption of water or energy that we are seeing in many cities in Europe and, increasingly, in North America and Japan. Paris has seen its water consumption fall by over 20% in total and per resident over the past two decades, and Berlin, a city that has experienced strong urban degrowth, has seen consumption fall over 40% during the same period. This decrease, which may at first sight seem beneficial in terms of conserving resources, is in fact a far more complex phenomenon, embodying a number of new issues: decreased water consumption raises the water table and can threaten underground structures in cities; it can also lead to the emergence of new health problems caused by stagnant water in pipes.

The pattern of lower water consumption seen since the 1990s and the noticeable drop in domestic electricity use since 2011 are symptomatic of the fact that the infrastructure in place to supply these utilities is progressively becoming too large for the user base. This in turn generates additional network maintenance costs for operators of city utilities, leading to them imposing higher service costs on what is often a smaller number of users. In other words, the shrinking network phenomenon requires us to rethink the technical, economic and spatial balance that has historically governed the provision of utility services in the city.

Degrowth in utility networks therefore creates new forms of vulnerability that impact all components in the network, from operator to user, including pipes and plumbing.

In this domain, as in others, the trend for ever lower consumption is certain to become more pronounced, since the process now features in most energy transition regulations. It is, in this sense, an indication that a new operating model for urban technical services is emerging in an ever-growing number of territories. This in turn raises fresh challenges for the various actors involved in these services and requires designing new economic models, while reconsidering the traditional balance that exists between territories and territorial actors.

Degrowth: an opportunity to rethink the social contract in the city?

Degrowth-related phenomena are evidence of a context that local government and economic actors often have no experience of, obliging them to reinvent the tools they use to create the urban fabric and to alter professional practices previously predicated on the growth paradigm alone.

A number of local government authorities have been quick to address these issues. One of the difficulties, applicable to city planning as well as utility networks, lies in grasping the reality and long-term nature of the phenomenon. Against a background of growing local government budgetary restrictions, urban degrowth can be a source of further financial pressure, whereas it actually provides opportunities for rethinking public-sector actions.

This explains why the town of Roubaix in northeastern France opted to incorporate the reality of urban degrowth in its overall urban strategy. The choice involved, in particular, seeking to find new uses for vacant spaces and attempting to identify new pathways in the shift toward a “territorial care” mindset and away from the conventional approach to equipping and developing the city.

In Leipzig, this also took the form of facilitating a number of initiatives promoted by other project backers that aimed to foster new uses of the city and new ways of redeveloping a territory. Essentially, the city authorities backed citizen rehabilitation projects for a number of vacant residential buildings, such as the Wächterhäuser (house guardian) initiative, where tenants (who are often artists using the premises as studio space) undertook to restore the buildings themselves in return for a notional rent of one euro. Numerous other initiatives to reimagine public spaces, or develop new ways to grow and eat food in cities, have also been an opportunity to look afresh at urban planners’ traditional toolboxes, devising alternative ways to enhance space in the city. Cities experiencing degrowth processes are therefore often seen as being fascinating testbeds for new urban experiments: limited resources oblige stakeholders to turn to new financing mechanisms and alternative institutional arrangements, leading to the emergence of new ways of producing the urban fabric.

When it comes to utility networks, incumbent operators have also had to review their technical and economic models to adapt to emerging degrowth processes. Initiatives launched by utility operators range from rescaling certain networks to new forms of pooling resources, and a more in-depth quest for synergies between business activities or even city services. These transformations, resource pooling in particular, have made it possible to look afresh at ways of producing solidarity-centered territorial development. In many places in eastern Germany, but also in certain parts of France or elsewhere in Europe, lower consumption has been used as an opportunity to revise pricing structures on a new scale, backed by new technical interconnections. In Magdeburg, the capital of Saxony-Anhalt, this has taken the form of the adoption of an infraregional solidarity tariff for water. Under this arrangement, the city center pays slightly more for its water than it would have if it was the sole recipient of the supply, enabling the surrounding areas, which share the pooled resource, to enjoy a water service at a reasonable price that is 8 to 12 times cheaper than if the pooled system did not exist.

Degrowth: Neither inevitable nor a nightmare

Above all, degrowth is a process whose mechanisms must be identified so that it can be managed and embedded in strategies by local government as well as local economic actors. It can underpin a resilience strategy enabling cities to absorb slow-acting shocks.

A number of territories have succeeded in incrementally embedding the characteristics of this change in situation and altering their action frameworks and policy engineering. While media attention has often tended to focus on one example of such cities, Detroit – often presented as the capital of urban degrowth – it is important to bear in mind that this outsize city is also a fairly left-field example. Ordinary degrowth is to be found in small and medium-size towns and cities, further away from globalisation circuits, where needs are more acute in terms of policy engineering and revitalizing a territory, and where budgetary restrictions place severe constraints on public action.

Within the new arrangements that arise in response to transitioning toward urban degrowth, whether involuntary, as is usually the case, or, more rarely, chosen, the primary challenge is always the same. It lies in understanding the extent to which strategies for adapting to degrowth allow, or will allow, a degree of territorial balance to be maintained and any aggravation of socio-spatial inequalities avoided, while also shifting people’s perceptions about the potential of cities and the value of place.

All issues of the Veolia Institute review, “Facts Reports” are available on its dedicated website.