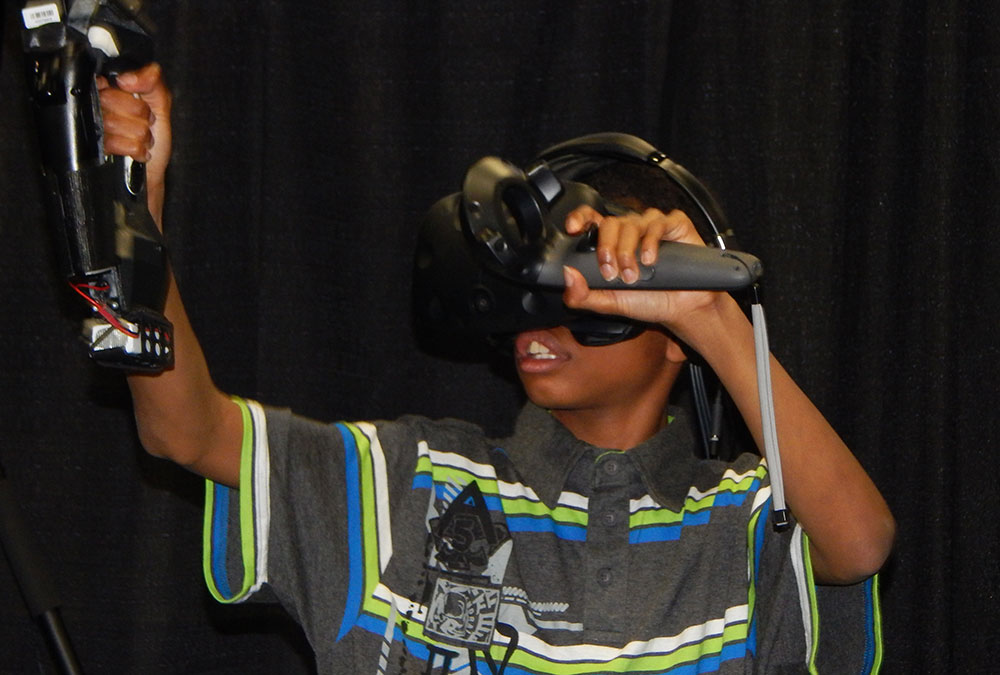 A young woman enters the crowded waiting room of a clinic and takes a seat. Soon, she is beckoned into an office by a health care worker who administers an HIV test. “I’ll call you for the results,” says the nurse. As the young woman waits, we are right there with her, sharing in her anxiety. And when she learns that she is HIV-positive, we are with her still.

Could the experience of being alongside someone as they go through the process of getting tested for HIV encourage more young people to get tested themselves? That’s what we hope to learn with 360HIV, a series of virtual reality (VR) films which aim to demystify HIV testing by using VR glasses to give viewers a close look at the process.

Eastern and southern Africa struggle with some of the highest rates of HIV in the world. Many young people in these regions don’t know their status: according to a 2016 release from UNAIDS, only 29 percent of girls and 20 percent of boys between the ages of 15 and 19 have ever received their HIV test results.

While the first film, Walking Through the Doors, follows Lihle Bhebhe as she reenacts her experience of receiving a positive diagnosis and attending a peer support group, the second film, These Children Today, features actual clinic staff and is intended for nurses. It shows clinic staff acting out different scenarios and depicting how positive and negative behaviors can deter youth from learning their status.

We showed the films to youth and healthcare workers, most of whom had never watched a VR film before. They marveled at how they felt they were “part of the story,” and an overwhelming majority of the young viewers—over 94 percent—said they were more likely to test for HIV after seeing the film. Meanwhile, around 90 percent reported that the video made them want to learn more about HIV treatment.

Likewise, clinic staff and health care workers who viewed the film said afterwards that they would be more likely to intervene if they saw a colleague acting unprofessionally. Indeed, although many of the clinic staff and health care workers said they were made uncomfortable by scenes in which nurses ignore Lihle and fail to respect her privacy, they admitted that this was because they’ve observed such behavior before—not because they found it unrealistic.

“You feel like you are there,” one viewer said of the experience. “It’s like they see you.” By seemingly placing the viewer in the room, in a way no normal film could, the VR experience also managed to hold the viewers’ attention. “If it was a normal video,” said another viewer, “I probably would have just changed channels.” In an era of instant gratification, when “watch time” is one of the most valuable resources there is, this is no small feat.

The 360HIV concept was developed by Makhulu Media’s founder Rowan Pybus. The project grew out of another participatory media project called Youth Voices, a collaboration between the Desmond Tutu HIV Foundation, the Children’s Radio Foundation, Makhulu Media, and the International AIDS Society. UNAIDS introduced us to Google DayDream Impact, which contributed technical support and production funding. Our plans for 2019 are to roll out the films in more clinics, schools, and communities in South Africa, and run a longer study on the effects of using VR as a public health intervention in promoting behavioral change.

In 2017, UNAIDS reported that a quarter of all people living with HIV in the world did not know their HIV status. Projects like this are vital to help address the myths and misinformation that fuel the stigma and discrimination that prevent many people from getting an HIV test. While no single piece of media will single-handedly close the treatment gap, VR may prove to be an effective educational intervention—helping viewers walk in the shoes of those before them.