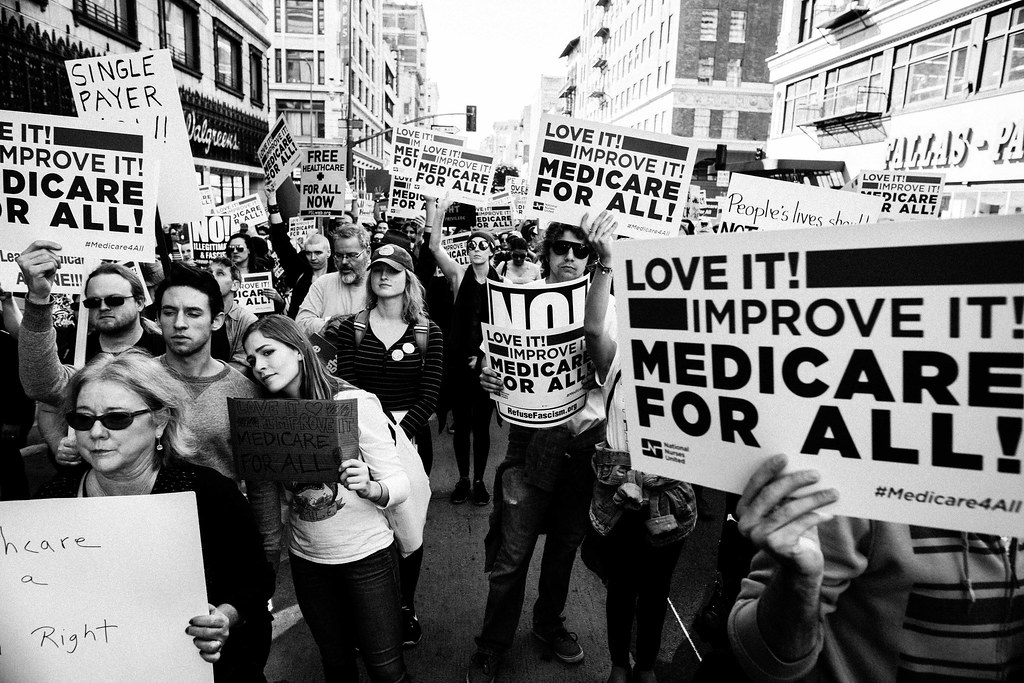 There is a renewed push for making a Medicare-type government program universal so that a public health care insurance system covers everyone in the country. This effort gained enormous momentum from Senator Bernie Sanders’s 2016 campaign for the Democratic nomination, as well as from the continuing Republican attacks on Obamacare. A bill put forward by Washington Representative Pramila Jayapal, outlining a Medicare for All (M4A) plan, now has 107 co-sponsors — nearly half of the Democratic caucus in the House.

While this is great progress toward the goal of a universal Medicare-type plan, it still has a long way to go. For example, the supporters of Jayapal’s bill could not agree on a financing mechanism, so the bill has a menu of options rather an actual financing proposal.

There is also serious pushback from other members of the Democratic caucus. Some of it undoubtedly reflects realistic political concerns that a quick switchover from the current system to M4A will not be popular in many districts.

Many people are satisfied with the insurance they have now and may be reluctant to support what they view as a big leap into the unknown. Perhaps these people can be convinced over time that a universal Medicare-type system will be at least as good for them, but they are not there now.

However, some of the pushback stems from the fact that many Democrats have long depended on campaign contributions from the health care industry. While the party has not gotten as much money as the Republicans, many members do get substantial contributions, which they are not prepared to abandon. Medicare for all 64-year-olds is designed to call attention to these politicians.

If we accept that we are not likely to get to a universal Medicare system in a single step, the next question is: how can we find a way to phase in the system in a way that both minimizes disruptions and provides real benefits? Many have proposed lowering the age of Medicare eligibility from the current 65 to age 50 or 60. The idea is that we would bring in a large proportion of the pre-Medicare age population, and then gradually go further down the age ladder. (We can also start at the bottom and move up.)

This sort of age reduction approach is a reasonable incremental path, but going to age 50 or even age 60 would still be a considerable expense. There are over 60 million people in the age cohorts from 50 to 64. Including all these people in Medicare at a single step would be a very serious lift. Even the more narrow group from age 60 to 64 still has almost 20 million people. That would be a substantial expense.

However, we can make the first step even more gradual. We can just add people when they turn age 64 instead of the current 65. At first glance, this would be a bit less than 4 million people. Medicare’s payments per enrollee (net of premiums) are roughly $11,500. That would translate into $46 billion annually, roughly 1.0 percent of the total budget.

This estimate is very conservative and likely overstates the actual cost for two reasons: First, many 64-year–olds will already have their insurance covered by the government. Roughly 20 percent of this age group is on Medicare as a result of being on Social Security disability. At least 10 percent more is covered by Medicaid. If we add people who are getting insurance as current or former government employees, we would almost certainly get over 40 percent already being insured through some government program, and possibly as high as 50 percent.

In addition, the Medicare costs for 64-year-olds are likely to be far less than the overall average. On average people in this age group would have health care costs of around 70 percent of the over–65 population as a whole. But the least healthy portion of the 64-year-old population is likely already covered by either Medicare, as a result of disability, or Medicaid.

If we assume that the average costs for the people we are adding to the government’s tab are half of the overall average for Medicare, this gets us $5,750 per person. If we assume that we are adding 60 percent of this age group, that comes to 2.4 million people. That gives us a total tab of $13.8 billion, less than 0.3 percent of total spending or one week of the military budget. It would be pretty hard to argue that this is too expensive.

Making this one–year reduction in the Medicare age would show how easily this can be done. It should open the door to further reductions in future years. It is also likely to be popular politically. People in their late 50s and early 60s will surely appreciate the fact that they are one year closer to qualifying for Medicare.

Of course, this is not the only thing that we should be doing as part of near-term health care reform. We should look to open Medicare to the population as a whole on a voluntary basis. We should also look to make the subsidies under the Affordable Care Act more generous. And, we should be looking to bring our payments for drugs, medical equipment and doctors more in line with payments in other wealthy countries.

However, lowering the Medicare age to 64 is a big first step. It is also a great test of which Democrats are opposed to Medicare for All because they fear the political consequences and which Democrats work for the health care industry.