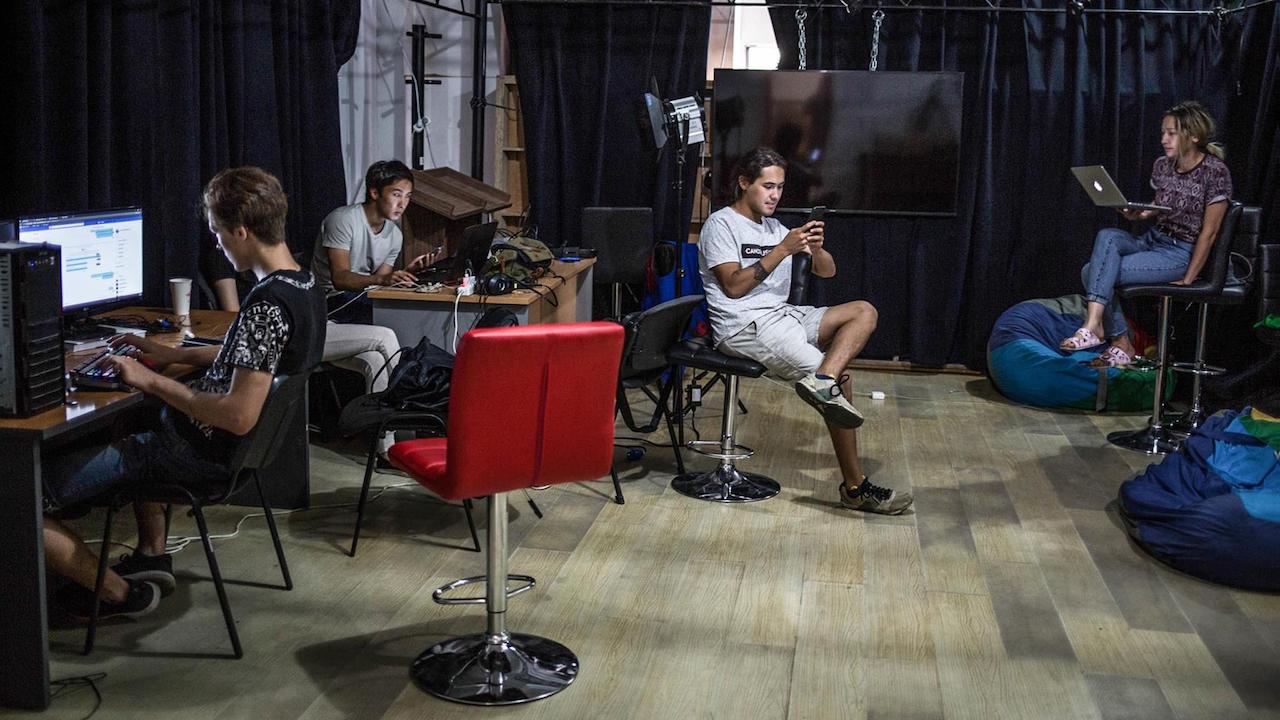 For Bektour Iskender, a death threat from government security services arrived at just the right time.

In its first four years, nobody paid much attention to Kloop, the scrappy youth news organization of “strange teenagers who write about politics” that he founded. That changed in 2010 when Kloop published an investigation into corruption by the son of Kyrgyzstan’s president. Just weeks after the death threat, protests across Kyrgyzstan against the corrupt administration turned violent, and President Kurmanbek Bakiyev was ousted.

Authorities had shut down access to websites hosted outside of the country, and on one April night, when the central government first lost control of a key region, Kloop found itself the only news organization in Kyrgyzstan reporting the truth, with all other outlets shut down or scared of censorship.

As such, the Kyrgyz Revolution of 2010 was live-blogged by teenagers. “We woke up the next morning, and we were famous,” says Iskender.

Famous? Maybe not yet, but in this oft-overlooked former Soviet nation of six million, Iskender, 33, is certainly influential. Kloop is not just a news site, it’s also a journalism school, training high schoolers and college-age students in investigative reporting, writing and video journalism.

Last year, Iskender’s fight for a free press in a country flirting with liberalism and authoritarianism landed him a TED fellowship; reportedly, he’s the first speaker to the conference series from Central Asia. Kloop has long been pushing the technological boundaries of what journalism means, employing drones, machine learning and 3D printing in its pursuit of truth.

Its next great challenge? Launching Kyrgyzstan’s first-ever satellite into space — with a team of all-female engineers.

The Kloop offices look like a cross between a newsroom and a students’ common room: a room of desks and computer screens with paperwork piled high, a small but nicely kitted-out studio, plus a few old sofas, a couple of nice bikes in a closet of junk and a few small circuit boards and 3D-printed thingamabobs lying around.

There are usually around 20 students in each semiannual Kloop class. The course is free but students don’t get paid for their reporting until they graduate, by which point they’ll have published around 15 stories. The organization itself is a nonprofit, funded mostly by international donors including George Soros’ Open Society Foundations and the US Department of State — though a couple of special projects have been supported by crowdfunding, such as a $1,500 trip for Iskender to report on the Ukraine conflict in 2014.

It all started when Iskender flunked out of the journalism program at the American University of Central Asia, Kyrgyzstan’s top university. The 21-year-old dropout and his friend Rinat Tuhvatshin, a trained medical doctor, gathered their first set of students to set up a training center focusing on digital journalism in late 2006; the website launched seven months later.

The organization has offered courses in programming and robotics. Some of the technological pursuits relate to Kloop’s journalistic mission more than others — “But why should they?” says Iskender with a smirk. The team perfected the art of drone-based investigative journalism after accidentally filming “suspicious activity” around the former president’s country cottage, which almost landed them in hot water with the authorities (again). Tuhvatshin now manages most of the organization’s innovations, while Iskender is a traveling spokesperson and fundraiser.

Next up? Neural networks and a supercomputer to “solve the problem of corruption in the world” with artificial intelligence, says Tuhvatshin, by trawling publicly available databases of procurement, budgets and taxes for irregularities. And sending Kyrgyzstan’s first-ever satellite into space, of course.

After a conversation between Iskender and a fellow TED honoree who happens to be a NASA executive for small-scale private space programs, one thing led to another and now Kloop has crowdfunded more than 10 percent of its $10,000 per month goal to send a small satellite into orbit. After its first robotics course was more than 95 percent male, Kloop decided to task the private space venture to a team of all-female trainee engineers.

The project is typical of Kloop’s unconventional but ambitious methods to drag Kyrgyzstan from what Iskender describes as its “postcolonial syndrome.” While he lauds his students’ bravery, there’s a fine line between bravery and foolhardiness, especially with reporters below voting age. Though they don’t send minors to physically dangerous events, “we don’t want to limit their desire to be active citizens,” says Iskender.

Since the revolution, the political system in Kyrgyzstan has become more open, though threats remain to the free press. Elle Alkanova, an investigative journalist who trained at Kloop, recently faced criminal charges related to her reporting and was banned from leaving the country — an incident condemned by the Committee to Protect Journalists — though all charges were dropped after five months. Kloop’s unprejudiced editorial policy is remarkable, says Alkanova, in a region where most strong reporting is carried out by external organizations.

Iskender continues to court controversy. After ethnic conflict broke out between Kyrgyz and Uzbeks, Kloop’s response was to launch an Uzbek-language website for “solidarity,” says Iskender. Meanwhile, conservative groups accuse Kloop of being “the main gay propagandists of Kyrgyzstan — which we are really proud of,” says a smiling Iskender, who sports rainbow laces on his red Converse sneakers.

The name “Kloop” doesn’t have a specific meaning, though it does sound like the word for “bedbug” in Russian. After a recent investigation led the organization to claim fraud in the 2017 election, outgoing president Almazbek Atambayev referred to Kloop as “the bedbugs on the belly of Kyrgyzstan” and said that reading a Kloop story felt like stepping in shit. “We think that’s the single best thing that the president could say about us,” says Iskender.

1. What’s the last book you read? The Handmaid’s Tale. I read it because I was curious about the TV series — I wanted to see if they were different.

2. What do you worry about? There are many things, but I’ve learned not to think about it much. I’m worried that the new president will become another moron douchebag and complicate our life.

3. What is one thing you can’t live without? Travel. I’ve lived in four different cities since the beginning of 2018. I spent the whole winter in the Czech Republic, registering a new legal entity to make Kloop invincible in case our Bishkek office is ever shut down. Then I lived in Georgia for a while. And then Ukraine; it’s like my second home.

4. Who are your heroes? Anyone who has been underprivileged but not afraid to fight, even when they understand that fighting is suicide. For example, those who fought against slavery in the United States, or against Nazi Germany.

5. What’s one item on your bucket list? Launching this satellite is probably on it. After that, it’s probably alright to die.