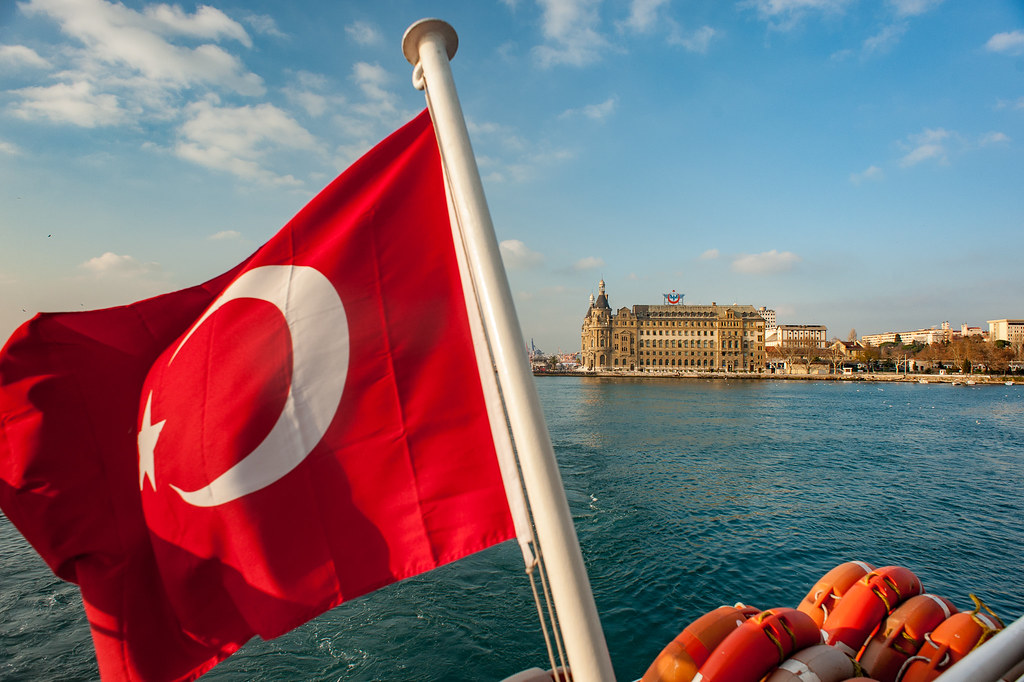 The victory of opposition leader Ekrem İmamoğlu in a re-run of Istanbul’s municipal elections may signal a seismic shift in Turkey’s politics, away from the populist authoritarianism of President Recep Tayyip Erdoğan towards a more inclusive politics.

Winning by a staggering 770,000 votes – a massive increase compared to the 13,000 margin of victory with which he carried a March 31 poll cancelled by the pro-AKP Higher Election Board – İmamoğlu’s performance surpasses that of Erdoğan himself when the charismatic leader burst onto the political scene in the early 1990s.

But as opposition strongholds celebrate, I am gripped by trepidation. In an age of populist assault on the rule of law, I am a middle class citizen doing transparent civil society work towards building a better society for all. Yet I am afraid to go to my own country which I nonetheless love: Turkey. Why? Because my close friend, Yiğit Aksakoğlu, who likewise dedicated his working life to improving society for its citizens, has been in solitary confinement on legally laughable charges for over seven months. His imprisonment, together with that of philanthropist Osman Kavala, for allegedly organizing the Gezi Park protests of 2013, was a crackdown on civil society that led many of my colleagues to leave the country or stay away if they were already abroad. It is the reason for my own decision not to return home – a privileged option, to be sure. This “choice” nevertheless becomes tougher with time. As births, deaths, marriages, and longed-for friendships follow their own inexorable flow, I watch wistfully from the other side.

Yiğit’s story is maddening in its injustice, yet banal in its frequency. A father of two little girls, he is the Turkey representative of the Bernard van Leer foundation which supports early child development and for which Yiğit continues to advocate from prison. On the early morning of November 16, Yiğit’s home was raided by police who hauled him in with a dozen other activists who had participated in Gezi. Only Yiğit was locked up in Istanbul’s Silivri prison, along with Osman, perhaps because both possess irrepressible smiles that inspire action.

Their only crime was to help nourish a golden moment in the 2000s when activists helped ordinary people to question the demonization of “Others” within a de facto diverse society. Ethnic Turks questioned family and national narratives that negated past injustices to Armenians and the present plight of Kurds. Women challenged the stifling structures of both pro-secularist and pro-Islamic patriarchies. Majority Sunnis began to talk across secularist and observant divides. Non-Sunnis – Christian and Muslim alike – began to be heard.

Initially, such efforts were accompanied by bridge-building “openings” on the part of Erdoğan’s ruling Justice and Development Party (AKP) towards religious and ethnic minorities. Such policies were coupled with a multi-regional outreach that positioned Turkey to realize its potential as a multicultural and democratizing “bridge” between worlds.

Yet, over a series of dramatic junctures from Gezi to successive election campaigns, rivalries within the AKP became transparent and threatened Erdoğan’s tenure. He responded by embracing the classic formula of populist governance: “us” versus “them.” This led to a shut down of the very openings he had once spearheaded, maneuvers which went hand-in-hand with stacking the courts, silencing the (critical) media, and bending the law to serve cronies’ ends.

The Gezi trial, which begins today, is but one of many in an ongoing purge. Everyone knows or is related to someone who has been summonsed. For me, it is the former rector of Hacettepe University Murat Tuncer, my close relative, who has been in solitary confinement for almost 500 days over absurd allegations that he supports the “Fethüllah Terror Organization” (an Islamist sect whose penetration of the state and alleged attempt to overthrow the government in a failed coup on July 15th, 2016, has been used to silence dissidents of all colours). For others, it might be one of some 2,000 academics who have lost their jobs, been blackisted, and are entering prison – like Zeynep Yelçe, a wheelchair-bound historian who faces 2.5 years’ jail time for signing a petition demanding an end to violence against Kurds. The pattern is one of thousands held – often for months without indictment – under conditions intended to break their spirit.

The purge presages the tactics of populists everywhere. From Orban in Hungary, Kacinski in Poland, and if presented with (a chance to fabricate) the opportunity, Boris Johnson in Britain and Donald Trump in the United States, the strategy is to equate the leader’s own fortunes with “the people.” This enables attacks on purported “enemies of the people”: the very activists who speak out for the vulnerable in the face of populist majoritarianism.

So with the Istanbul elections won, I wish I could celebrate, that I could allow that glimmer of hope to turn into joy. But until Yiğit, Osman, Murat, and countless others are reunited with their families, until political prisoners like Selahattin Demirtaş are free, until we know that we can trust in the justice sytem and have faith that the government will serve the people rather than its own political gains, I cannot rejoice.

I am angry – that people’s lives have been taken hostage, families torn apart, childhoods lost to the cynical calculus of power. And I am sad. Yet at the same time, I dare to hope – a contradictory cocktail of emotions with which we have learned to live these past ten years. It is exahausting and in those rare moments when I pause, I realize that I am suffering from chronic depression.

All we want is to live decent lives, where everyone is respected, included, and their rights recognized. To live without wondering what will strike next, without fearing for our dear ones and ourselves: a normal life.

Istanbul’s elections showed that all is never lost. We possess a resilience, and a capacity for collaboration across boundaries. Ordinary people are sick of divisive politics, especially as they see how it impacts their daily lives.

Gezi too was possible because it was a period when peace was being negotiated (by Erdoğan himself) with the PKK. The sense of “us” versus “them” that fuels populist usurption of the rule of law was at an historic low. The diversity yet unity which we experienced at that time – and which is on trial today in Turkey – was a glimpse of what society could become.

In a way, İmamoğlu has captured that vision, that desire, and made it the foundation of his campaign: the craving for solidarity, rights, law, and justice. That the individuals who dedicated their lives to such a vision – the Yiğits and the Osmans – are held hostage by the regime is an indication of how much the government has lost touch with the very people it claims to represent.