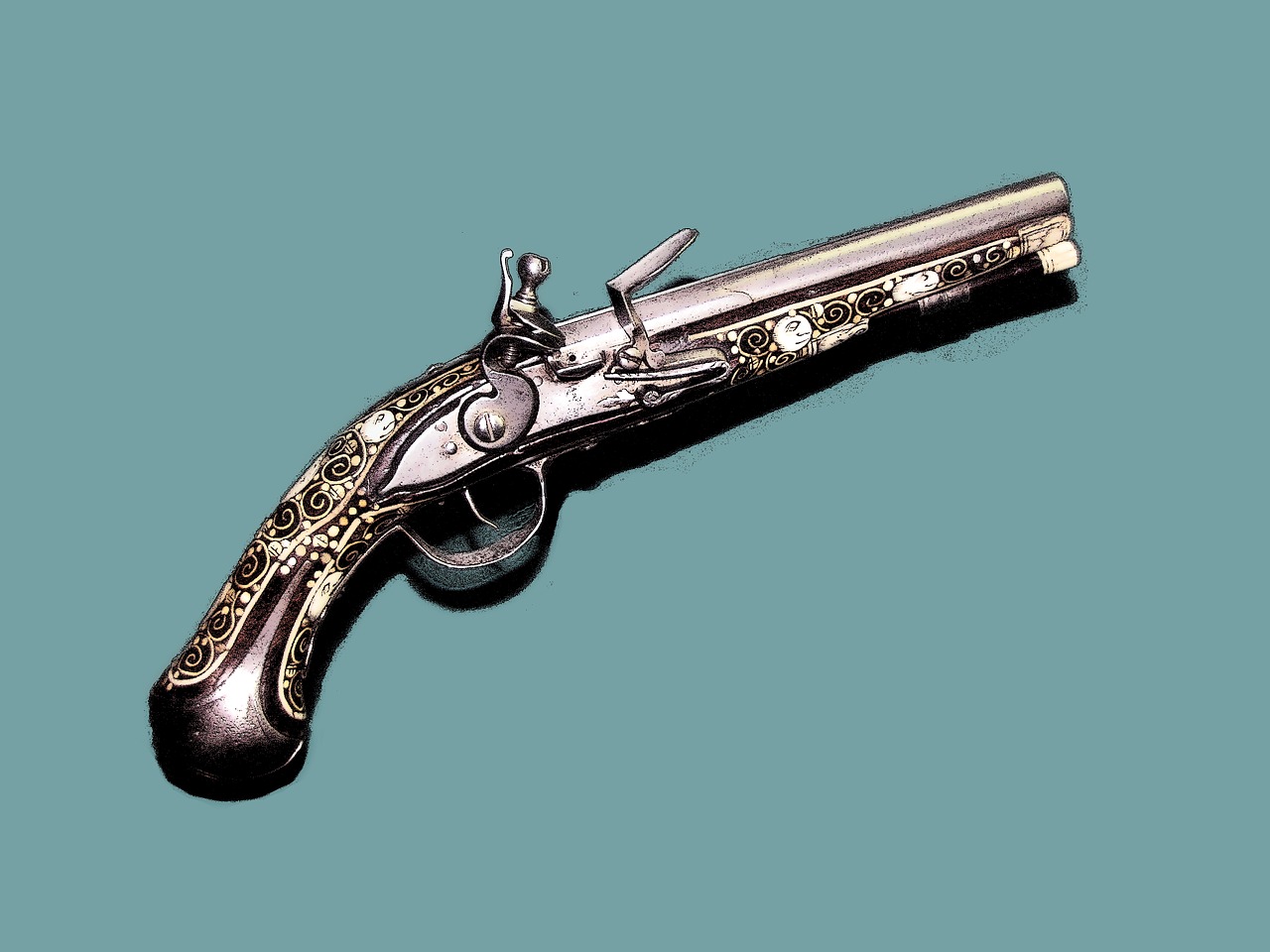 Forgive me. I would be with you now, rather than closeted in my study, but I do not wish you or our children to witness my demise. I love you. I tell you now, so that you will know that my last thought was of you.

I have placed my affairs in order — do not fear, my love, you will be well provided for — all that is required of my remaining time is to explain the events which have led to my death. Though the scene will seem so similar to my elder brother’s death, I would not wish you to think I had taken my own life in the manner in which Edmund took his.

When Dr V— came to see me some weeks ago, he brought with him the bottle of strychnine that now sits empty upon my desk. He was in high spirits, because his latest alchemical experiment had been a success, and brought the strychnine in order to demonstrate the efficacy of his elixir.

In truth, his very presence could be considered proof, since he had been dead earlier that morning, but, as I had not witnessed his revival, he wished me to see the results first hand. At his request, I summoned the chambermaid, while he prepared a syringe of strychnine. I thought he would ask her to procure a hen or some such thing for use in his demonstration however, when she arrived, Dr V— plunged the syringe into her arm with no warning.

I leapt from my chair, but before I could do more than cross the room, the strychnine took effect with results that horrified me. Even though I had complete confidence in Dr V—’s elixir, I could not restrain a cry of dismay as the chambermaid’s head tilted back in a sudden convulsion. Her lips tightened, giving her the appearance of laughter and she dropped to her knees, clawing at her throat. Her back arched, pitching her over so that she lay with only her head and heels touching the carpet.

We waited some ten minutes to be certain of the chambermaid’s demise, before Dr V— felt confident in proceeding. With a second syringe, he then dosed her with the elixir that his years of experiments had created.

As we waited for it to begin its work, he told me somewhat of his own journey into death. He had asked his assistant to bleed him, quite literally, dry. He had chosen this route because he wished to experience the moment of transition between life and death and hypothesised that a slower death might accomplish this.

He scoffed at me. ‘I could hardly restrain myself, so great was my interest in what lay on the other side of the veil.’ His face took on a rapt look. ‘You will marvel, sir, I promise you that.’

Then, at our feet, the chambermaid convulsed. It was as if the strychnine were exiting her system in reverse. First the rictus of her lips relaxed, then the bright flush faded from her cheeks. Her back unbowed, and her eyes rolled in their sockets.

She held her hand to her breast, and her eyes started from her head, staring around the room. Dr V— helped her rise, although he acted as if nothing more untoward than a swoon had occurred.

I asked if she were well.

She nodded and dropped a curtsey, almost on the point of fleeing from the room. Dr V— stopped her with a raised hand and asked whether she had dreamed anything in her swoon.

If possible, her eyes grew wider. ‘Lord, sir, but didn’t I have the strangest dream?  There’s a light what I was going toward, and angels all around me.  And me mum… I saw her waiting for me, I thought.’

I tell you, my heart stopped at her words. What could she be describing but the path to Heaven? The chance to see that with my own eyes and yet to return to you and the children seemed as if it were a gift from God himself. I dismissed the chambermaid in a daze (Here, I must pause my narrative to ask that you settle a sum of fifty pounds upon her family) and I turned to Dr V—.

‘You must tell me of your other trials.’

As always, he took delight in my interest in the scientific pursuits. ‘My assistant took the journey yesterday, by way of a shot to the heart. Prior to that, our trials on convicts included strangling, drowning, and beheading. By Jove! That reanimation was a sight to see.’ His eyes narrowed, as he marvelled at the memory. ‘When the elixir took effect, his head slid across the table to rejoin his body. I have every confidence that it will be effective on natural death as well.’

‘And did the convicts see heaven?’

‘Indeed, they did not.’ He smiled. ‘But I hope that by giving them a clear view of what waits for them, they had the opportunity to repent before their scheduled executions.’

‘What a gift this is.’ I went to him, my hands clasped in supplication. ‘And would you allow me to experience this as well?’

‘My dear fellow, that is precisely why I have come. After your years of patronage, how could I not offer you this chance?’

I considered the empty bottle of strychnine on the table. I think the memory of Edmund made me turn toward the duelling pistols on the mantle. I have wondered what his final hour was like, and what led him to take his own life. Though I could never hope to understand his reasons, I could, thanks to Dr V—, experience my brother’s last moment. I explained my wish to Dr V— and received his assurance that it was entirely safe.

How absurd that sounds, to describe firing a loaded pistol at one’s temple as safe!  And yet it was with great excitement that I loaded the pistol. At Dr V—’s suggestion, I removed my coat, waistcoat, cravat and shirt lest they be stained with my blood. Then, after barring the door to my study, I lifted the pistol.

To my surprise, Dr V— stopped me by taking the pistol from my hand. He bowed. ‘Forgive me. I nearly did you a disservice by avowing to the safety of this endeavour. Suicide is a mortal sin; I would not wish you to visit the depths of Hell.’

The noble man waved away my grateful thanks and placed the pistol against my temple himself. I have the barest memory of an explosion of sound, and then —

Then my dear, quite simply, I was dead. I hung, incorporeal in an unearthly glow surrounded by souls drifting to what must have surely been the gates of Heaven. I can not do justice to the sensation of serenity in that place, but it is the only thing I have to offer you as comfort.

I moved toward the light, anxious to see as much as I could before being pulled back to my body, but before I could move perceptibly closer in that vast space, I felt a tugging.

The glow faded from my sight, to be replaced by a searing pain in my temple. And then that faded as well, and I opened my eyes.

Dr V— leaned over me, his face split in a grin of delight. I could hear fists hammering at the door of the study, and raised voices demanding entrance.

Chuckling, Dr V— said, ‘I apologize for reviving you so precipitously but I fear the gunshot has aroused some excitement in your staff. You had best let in your butler. He seems to think you are dead.’

I laughed. For had I not been dead? And yet I returned as though I were Lazarus. I stumbled to my feet and staggered to the door. For the first moments, my body felt heavy and uncomfortable, as if I were a child wearing my father’s greatcoat. I am certain that Jarvis thought I had lost my mind, as I appeared half-dressed at the door so soon after the sound of a gunshot. My hair was dishevelled, and my manner must have seemed as though I were drunk.

I placated Jarvis with reassurances, feeling some guilt as I remembered that it had been he who found my brother.

When I had sent Jarvis away, Dr V— showed me the splintered panel where the shot had lodged after passing through my head. The sight astounded me and I shook his hand, full of hearty congratulations.

He shook his head. ‘My work is not over yet. The elixir only works within the first hour of death. I am uncertain if it is because of some flaw in the potion, or if a soul can not return once it has passed the gates of Heaven.’

Dr V— joined us for dinner, and you must remember our glee. The only thought in my head was of how to tell you. I wanted to offer you the same gift as I had received. I thank God that I did not.

At the time, you could not have understood the full import of what transpired next. I hope this account will inspire you to forgive my ill-humour over the past fortnight. The messenger, who arrived during our dinner, carried the news of the death of Dr V—’s assistant. Imagine my horror when Dr V— shared the contents of that message with me, for his assistant had died of a gunshot to the heart twenty-four hours after his first death had occurred. Dr V— raced to his assistant’s side with the elixir, but he was too late; the formula had no effect on this second death. He had arrived too late.

Although I found it incredible, it seemed that his assistant had so longed for Heaven that he chose to return to it. It did not seem as fantastic a denial that evening as it seems when I set the words down on this page. At the time, my corporeal form seemed to chafe against my soul, and each noise or odour was a reminder that I had seen the glory of Heaven and left it behind. My own form seemed loathsome.

The next morning, shortly before breakfast, Dr V— sent a warning. The wound from his bleeding reopened; he was barely able to staunch and cauterise the flow. This reopening occurred twenty-four hours after he had his assistant open his veins.

Thereafter he visited the gaols and found that all of the convicts, save one, had been executed less than twenty-four hours after his experiments upon them. That one had received a stay of execution, which he had not enjoyed, because he had drowned in his own cell. The coroner was at a loss to explain how this could be, since there was no water in the cell.

This elixir of Dr V—’s works upon death, but only for twenty-four hours. Every day for the past fortnight, I have died at precisely 2:43 in the afternoon. Jarvis has stood by me with the elixir and raised me from the dead. But the weight of flesh upon my soul becomes more of a burden with each of my returns. I long for the gates which I glimpse so briefly.

The time spent with you and the children has filled me with joy, and I stole every minute I could to be with you to-day. Forgive me, my love, but I can not continue in this half-life any longer. Jarvis will not revive me today.

My only fear — one which I will not know the answer to until I have crossed over — is that I do not know where I will find myself when I cross over this time. By choosing not to be revived, am I committing suicide when I die today?

But the study door is locked. Jarvis is without and my temple has begun to ache.