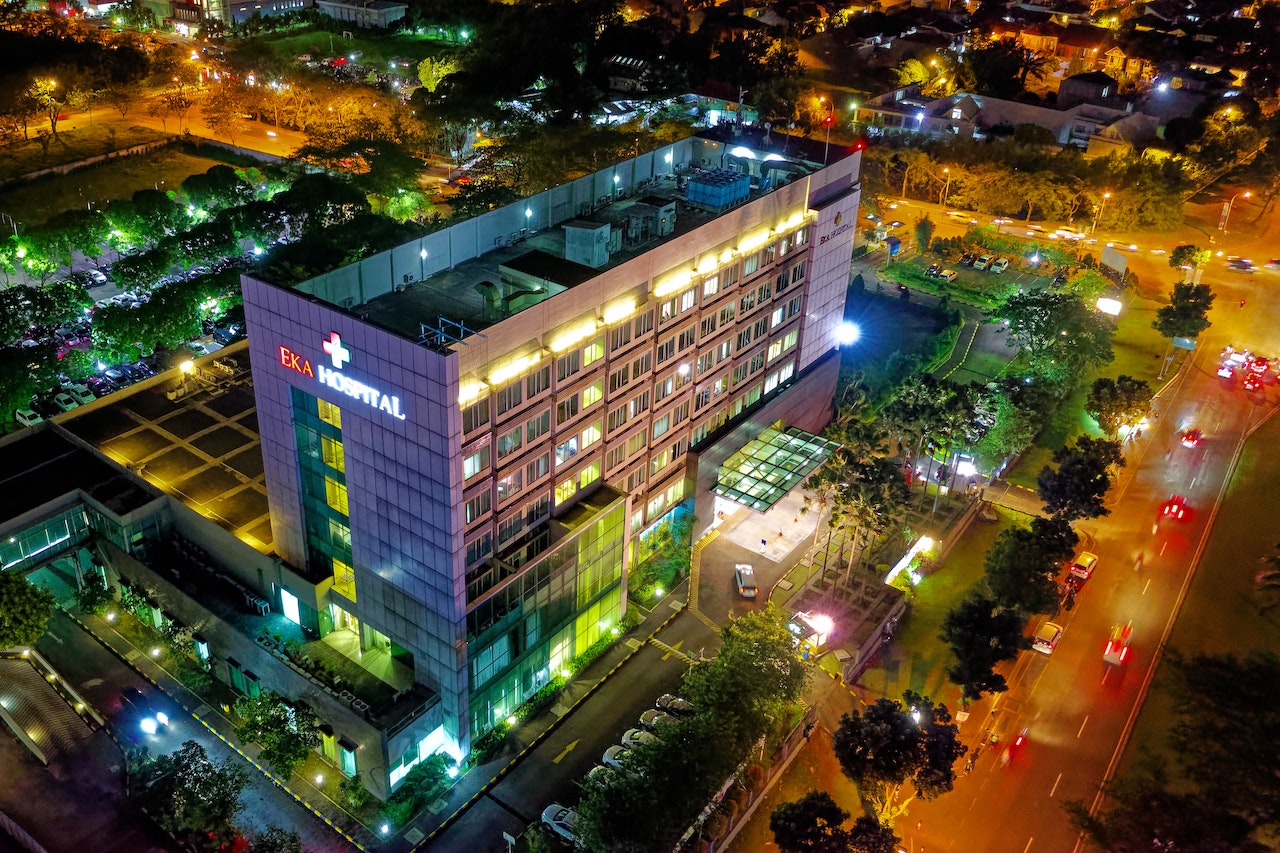 The annual cost of health care for the average American family hovers around $20,000. Premiums increase yearly, and this is a primary driver of why real wages for average Americans don’t seem to improve. Meanwhile, the CEO of non-profit Banner Health, based out of Arizona, raked in $21.6 million last year. Nearly half of the CEOs of America’s leading non-profit health systems made more than $2.5 million. Only eight of the 82 executives of non-profit companies earned less than $1 million.

These sorts of salaries amid the backdrop of struggling families would make even the most loyal believers in the free market pause—except this isn’t capitalism. This isn’t the market at work. It’s crony capitalism with the exploitation of market-related inefficiencies and rent-seeking behavior.

The problem is moral hazard in an administrative state.

A recently published OpenTheBooks reportshows just how the puppets are pulled by the strings of non-profit health systems. The report investigated the leading 82 non-profit hospitals in the United States. The hospitals investigated in the report had combined net assets of $203.1 billion. The average net asset growth over the last year was 23.6 percent. This was the average. Non-profit Ascension Health in St. Louis increased their net assets by 1,211 percent in one year.

As a point of reference, the most highly compensated executive in the for-profit corporations studied in the report was at $6.3 million (CEO of Tenet Healthcare Corporation). For-profit hospitals averaged only a 1.5 percent growth rate over the same time period. Additionally, roughly $2 billion flowed into non-profit health entities from federal agencies via grants. They also received charitable contributions of nearly $5.2 billion.

Health care takes up nearly 20 percent of our gross domestic product. In 1970, that figure was 7 percent.

Let’s shine the spotlight on Partners Healthcare, the conglomerate health care entity that delivers care among Harvard hospitals in Massachusetts. The health care system does not disclose its government-related payments, specifically those from Medicare and Medicaid. It received $25.3 million from the state and $907 million in total federal payments. The CEO of Partners raked in $4.7 million in 2016. Again, this is a non-profit company. The stated goal of Partners Healthcare is patient care, research, teaching, and service to the local community. The hospitals within the system treat approximately one-third of the patients in Boston.

While the Partners system discloses charges, it does not disclose the actual real prices paid by patients. In fact, only 14 of 82 (17 percent) of hospitals in the series disclosed the amount of revenue they derived from Medicare or Medicaid. None disclosed the actual costs. Direct, reproducible actual cost pricing is not ubiquitously available.

There is limited to no price transparency.

Putting it plainly, people alter behavior when they don’t have to pay for something. Say you are going to dinner. Your company, for which you have been a good employee, is paying the bill, and the restaurant knows it. Of course you’ll try the new wine.

At face value, there is nothing wrong with a highly competent individual leading a private company and earning a high salary by implementing a vision and taking on risks. But non-profit healthcare systems have further exploited the “market” by using administrative tax incentives to their benefit. The non-profit designation means these systems generally don’t have to pay federal, sales, or property taxes.

Moral hazard and the administrative state guide health care at the macro level because it’s happening at the patient level. Here’s how it plays out, as I and two co-authors explained in the textbook Business, Policy, and Economics of Neurosurgery.

It is not uncommon for the following scenario to unfold in clinical practice: A patient presents to their neurosurgeon with isolated lower back pain. The patient is overweight with high blood pressure and Type 2 diabetes. The patient tries physical therapy with minimal effort, and it makes his or her pain worse. The patient has some mild arthritis on their back, but it’s nothing obvious that could be causing pain. The patient’s x-rays otherwise look normal. The patient has Medicare, which is the government’s health insurance, generally for the elderly.

Surgeon A sees the patient and is hesitant to offer immediate surgery, so he or she recommends a second opinion and suggests weight loss and conservative therapy. The patient “wants something done” and understandably can’t lose weight because his or her back hurts. Surgeon B offers the second opinion and feels the same reluctance to perform surgery. However, the patient is in considerable pain and still “wants something done.” Pain management physicians do not have an available appointment for months, and the recent government crackdown on opioids have made prescribing pain medication more challenging.

The patient continues to call the physician’s office frequently, and he or she continues to visit both physicians after more conservative therapy fails. The patient (the consumer) is going to obtain the product (surgery). Surgeon A (the supplier), providing neurosurgery in a competitive marketplace, begins to understand that the patient will obtain surgery either from him- or herself or from someone else. Rather than lose income, Surgeon A honestly tells the patient there is a 50:50 chance of improvement and offers surgery. The information is clear and fully discussed to the patient.

Since Medicare is a passive insurance carrier (in most circumstances), it approves payment for the surgery as long as certain benchmarks are met. The patient understands and accepts the risk, hoping for anything that will make his or her back pain better. The surgeon stands to gain the financial benefit of performing surgery regardless of the outcome outside of some gross error or complication. The patient does not feel the true financial risk of surgery because he or she is not the absolute payer for surgery. Moral hazard is at play.

This volume-driven component continues to enhance a fee-for-service model where the physicians and the hospital simply gain more money as more procedures are done. However, it remains unclear as to whether this patient has truly been helped. In time, in theory, market forces in the community would equilibrate, and surgeons or associated groups of surgeons who overly perform surgery without clear outcomes would see their referral patterns shrink as their reputations shift.

However, the non-profit hospitals in Surgeon A’s local area are consolidating and purchasing primary care groups. They are intentionally doing that to increase their income. The hospital, which now owns the marketplace of insured patients, mandates self-referral inside its own network. The hospital system indirectly or directly looks to provide care but also places these patients into their own lucrative long-term care facilities. Even more so, physicians employed in the new hospital conglomerate are further incentivized by a system that rewards a higher volume of surgeries performed without much care for more than a baseline level of outcome.

The cycle repeats, and the tax breaks of what were otherwise well-intentioned people alter the system even further.

A great debt of gratitude is owed for the ongoing mission of OpenTheBooks. At the time of this writing, the organization has analyzed $4 billion worth of government spending records. This has led to a variety of disruptive findings from the VA system, pension system, and lobbying apparatus. Taxpayers have a right to understand why these non-profit systems are structured as charities.

I sincerely pose the question: Are these non-profits truly working for patients, or are they navigating and molding the system’s rules to ensure their greatest possible piece of the health care pie?

In 2018, the American Hospital Association lobbying arm donated $23,937,842 in political contributions. I sincerely doubt that was to advance their healing mission.