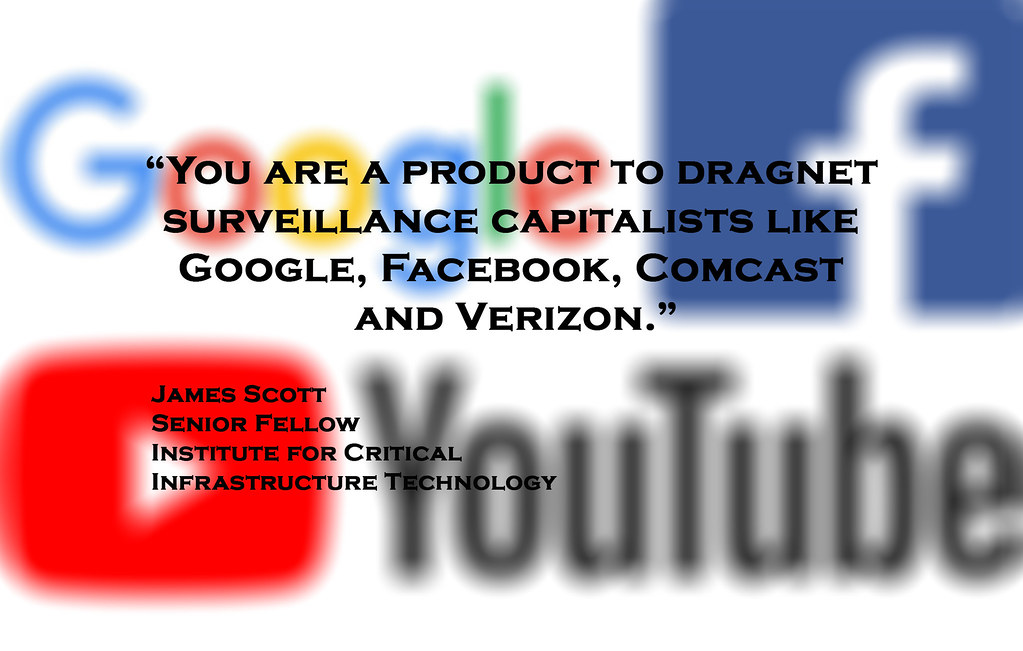 Big Tech is facing an overdue crisis, but not all Big Tech companies are created equal. It’s useful to compare and contrast two of the biggest players at the center of these investigations: Facebook and Google.

Both have received constant negative press for the last few years, ranging from the stories on the Cambridge Analytica bombshell to Google’s non-stop internal chaos. Both received slaps on the wrist from the Federal Trade Commission, but both are now facing federal and state-level antitrust investigations.

Yet only one has become a full-blown bad guy to the Democratic party. In July, Ohio Senator Sherrod Brown declared that “Facebook is dangerous” when Congress rightly came down hard on its proposed cryptocurrency, Libra. Two weeks later, however, former President Barack Obama happily cavorted at a Google conference in Sicily. The Google-Obama romance is nothing new—he granted the company famously easy access to his White House—and there have been no audible Democratic criticisms of this latest Obama-Google shoulder-rubbing.

Why the double standard? Facebook and Google have similar, icky business models—mass online surveillance for the sake of advertising. Google has repeatedly, strategically, transgressed some of progressivism’s cherished values: opposing war, worker’s rights, free speech, free assembly, and more. Silicon Valley earned progressives’ good graces for being early supporters of LGBTQ rights, yet YouTube—the same Google subsidiary at the center of the recent FTC settlement over illegally gathering data on children—faced biting criticism in June for inaction against homophobia on the platform.

Perhaps Google simply offers more valuable services than Facebook does. I am writing this essay in Google Docs right now, and hope that it performs well in Google Search results. But the company’s dominance across multiple tech sub-sectors, to the point where its own name is a verb, ought to draw more scrutiny from lawmakers, not less.

Indeed, Democrats are rediscovering the power of anti-monopoly politics in no small part due to Google’s own actions. When the company pressured the think tank New America to squash its nascent Open Markets unit, that small group of thinkers went independent and doubled down on their critique of Big Tech. They’re now the most prominent voices in Washington calling for a new age of antitrust.

But Open Markets’ turbulent path is also indicative of why many Democratic institutions still seem fine with Google. The company is a steady backer of some of the most prominent liberal think tanks in Washington, from New America ($1,000,000+ per year) to the Center for American Progress ($50,000 to $99,999 per year), to the Brookings Institution ($100,000 to $249,999 so far this year).

Google executives have also made direct overtures to elites within the Democratic party establishment for years. Eric Schmidt, then-chairman of Google’s parent company Alphabet, was such a major player in the Hillary Clinton campaign that he wore a “staff” badge to her would-be victory party in November 2016. He also turned a good profit off of the campaign, through his startup The Groundwork, which was Clinton’s top tech vendor. (It’s unclear whether any 2020 presidential candidates are currently using The Groundwork.) Clinton’s Chief Technology Officer was a former Google executive. And to get the party’s archaic data infrastructure up to par for 2020, the Democrats are naturally turning to Google’s analytics tools.

Notice how none of these examples concern or reflect Google’s lobbying or campaign contributions, the most commonly-cited metrics for influence in Washington. Sure, Google hires plenty of lobbyists and doles out plenty of campaign money. But where Google outshines Facebook is in its wielding of soft money and soft power—tools which aren’t designed to directly coerce a lawmaker, but rather, to build that lawmaker’s fondness for the company as a whole. Not a single writer or intellectual threw their weight behind Libra to provide Facebook with some cover on Capitol Hill. But Google has a whole network of allies it can draw on in academia and beyond. And all of those favors for the Democratic establishment over the years add up.

It’s time that the public, and certainly Democratic elected officials, came to grips with the truth: Google isn’t your friend. It isn’t your research assistant. It isn’t a bunch of quirky nerds tinkering in their dad’s basement to create some techno-utopia. It’s a multinational for-profit company, and it will fight hard to protect and build its profits, no matter what.

Democrats, if you’re reading, here’s a shot of reality: Google doesn’t just donate to think tanks on the center-left of the political spectrum. It also funds libertarian and right-wing institutions like the American Enterprise Institute, the Cato Institute, and the Heritage Foundation. It’s working more and more closely with the Koch network, which has taken a special interest in the new antitrust movement around Big Tech. (Koch Industries, after all, has its fingers in a lot of different economic sectors. Charles Koch’s son Chase, the heir-apparent of the corporation, is also tiptoeing into Silicon Valley’s venture capital game.)

You can see Google returning the favor in its donation disclosures, which reveal cash flowing to George Mason University, the Kochs’ favorite breeding ground for libertarian ideology. Google has been a GMU donor since at least 2011. GMU also hosts an institute which evangelizes weak antitrust enforcement to foreign countries. It is run by Joshua Wright, a former FTC commissioner who has taken plenty of Google money to fund four of his own papers defending Google on antitrust issues.

Google also has ties to the top tech-focused think tanks. It gave at least $200,000 to the Center for Democracy and Technology last year, which has proposed a data privacy bill far feebler than the Californian law that Google is scrambling to weaken. It lists the Information Technology and Innovation Foundation as another funding recipient, but since that think tank doesn’t disclose its donors, we don’t know the size of the checks. Regardless, ITIF regularly publishes reports like “The Misguided ‘Case Against Google’” or “The Costs of an Unnecessarily Stringent Federal Data Privacy Law,” whose sourcing has been mocked by tech policy experts.

All of this—the academics, the think tanks, the work for Democratic campaigns—contributes to a strong ecosystem of Google defenders in Washington, and a strong Democratic inclination against acting too harshly. It’s uncomfortable to bring the hammer down on a company which, objectively, did a lot to help them during the last administration.

But times have changed. The growing progressive base of the Democratic party needs to know that old friendships, elite cocktail parties, and the proverbial smoke-filled rooms which Google has so masterfully maneuvered won’t prevent Democrats from doing what needs to be done: curbing this modern-day titan’s abuses. If they don’t, then we’re likely to get the future Google is building: one with weak settlements when it violates the law, leaked data, and an even more broken political economy.