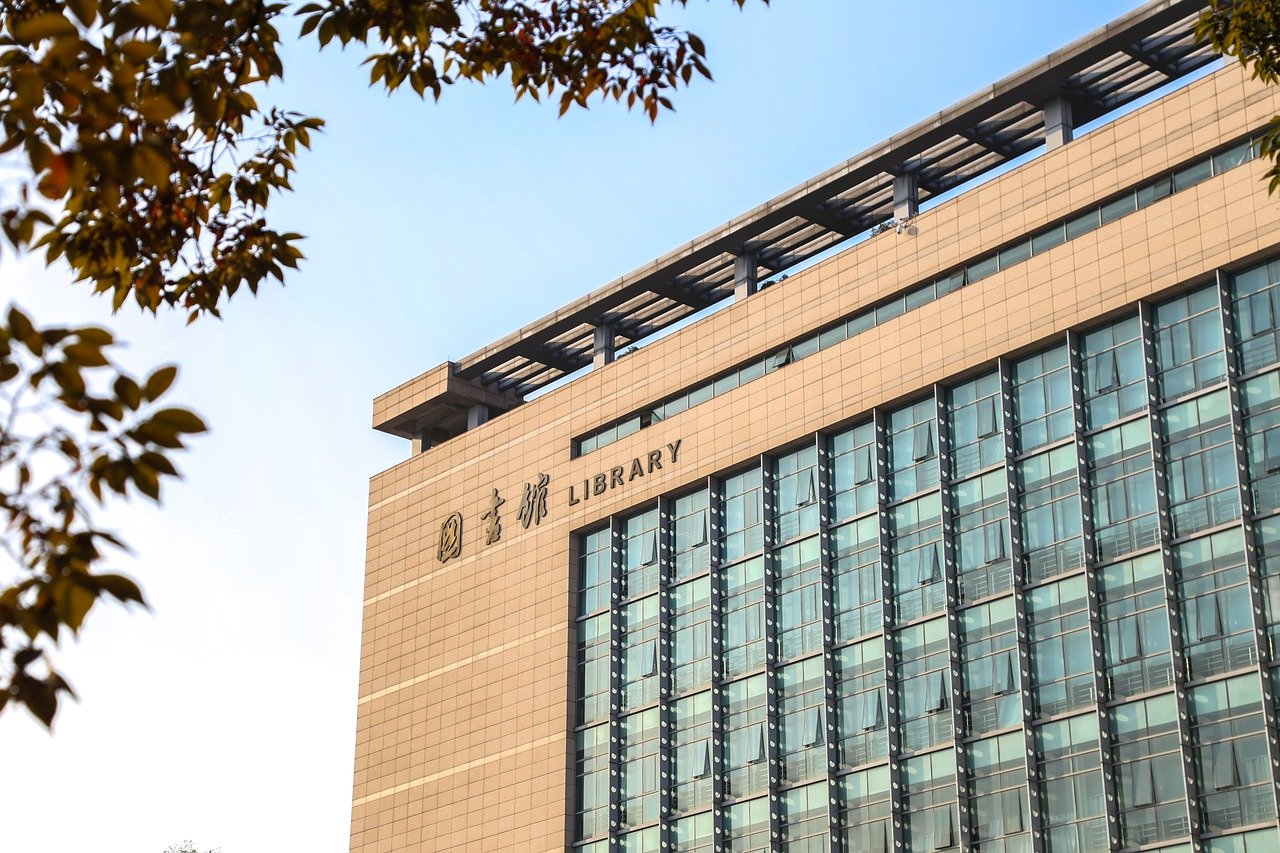 “Ring…ring…” bleated a mobile phone, waking Lha mo, a student in the Tibetan Department at a well-known nationalities university. She raised her head languidly and looked around the dorm room. Her roommates were applying various cosmetics and lotions to their faces, getting ready for class. The warm sun heated her bed. She slowly turned her head to the right and gazed at a small picture of a young Chinese movie star pasted on the wall by her bed. He was wearing a shirt that exposed his skin, which seemed as white as flour smeared on a cutting board beneath a ball of dough. Nearby was a panda doll wearing a suit of red clothes that made it resemble a sleeping guard. She was suddenly overwhelmed by nostalgia.

Lha mo came from an area where Tibetan was rarely taught. Sometimes she hated herself for being Tibetan. Lha mo would soon leave school and was required to write a thesis. Because her written Tibetan was very poor, she resolved to use Chinese, and spent two weeks writing a few lines in her notebook. What she wrote had many grammar mistakes and she quickly and angrily ripped the pages into pieces. She agonized about her situation and didn’t know what to do. Then she heard the good news that a thesis could be purchased in Room 304, East Second Street. The problem was that it cost 2,000 yuan, which was far too expensive for her. She only received 1,000 yuan a month from her family, half of which was for food and the other half went to meet the cost of clothes and other expenses. She just didn’t have the money to buy the thesis.

A few days later she met her friend, G.yang mo, as she was returning to her dormitory. They chatted for a bit and then G.yang mo, learning of Lha mo’s difficulty, said, “I have a friend who is a great writer. I’ll introduce him to you if you like. Perhaps he can help you,” and then she gave his telephone number to Lha mo.

Lha mo expressed appreciation and dialed the number as soon as she got back to her dorm.

“My friend, G.yang mo, told me about you. Would you consider helping me with my thesis?” Lha mo said.

The man’s voice suddenly became much gentler, realizing that the stranger on the phone was a woman. “I’m glad to help you because we are schoolmates and we should help each other. I promise to give you a thesis this Saturday,” he offered generously, which quieted her anxious heart.

It was Saturday. The sun seemed to be annoyed by the city’s noise and frenetic activity and, in retaliation, was rushing to hide behind towering apartment and office buildings. Lha mo’s mobile phone rang. She answered and heard a man say, “I’ll come to the school’s main entrance with your thesis. I’ll wait for you there.”

Lha mo then put on a little make-up and went to meet the man, who examined her closely when she arrived. Tshe rdor’s hair was neither long nor short. He wore faded blue jeans and had a very dark complexion. All in all, not a good first impression. Tshe dor had a minor claim to fame among a small group of local Tibetan intellectuals on the basis of his poetry. He asked Lha mo, “Have you eaten? If not, let’s go have dinner together.”

Lha mo disliked him immediately and was reluctant to be seen with him. She feared rumors might reach her boyfriend, Zla ba, and that their relationship would be damaged. However, Tshe rdor had written her thesis and paying for a meal was a good way to show her appreciation. They then went to a Tibetan restaurant and ordered some vegetable dishes and a few bottles of Snow beer.

Tshe rdor said, “The thesis I wrote is titled ‘A Discussion of Women’s Rights’.”

Lha mo said, “I’m sure it’s excellent because you are such a famous poet at our school. Each of your poems is a masterpiece.”

It was after eleven p.m. by the time they were ready to leave the restaurant. When Lha mo took out a one hundred yuan bill from her purse to pay for the meal, Tshe rdor grabbed her hand and said, “I’ll pay!”

Lha mo said, “I must pay to thank you for your help with my thesis. I haven’t prepared any gifts for you.”

Tshe rdor insisted and paid the cashier with a proud, conquering smile plastered on his face.

By now it was almost midnight. The city was still full of the hubbub of vehicles operated by busy people. The moon was clouded by the city’s polluted air, preventing any enjoyment of rarely-seen moonbeams. When they emerged from the restaurant, Tshe rdor said, “We should find a hotel. The weather is so cold. What do you think?”

Lha mo shuddered when she heard this, nevertheless, she knew that her dormitory would be locked and she also understood that Tshe rdor also knew this. If she returned late to the dorm, the gate-guard would demand an explanation and the next day, she would have to write a report to school officials explaining where she had been and what she had done. With no real alternative, she accepted the invitation to the Peace Hotel, which was just across the road. Double and triple rooms were unavailable, so they registered for a single room.

Soon after they entered the room, Tshe rdor removed his trousers and shirt, leaving on his long underwear and t-shirt, and went to bed without comment. Meanwhile, Lha mo sat in a corner and nervously watched Love is Awake on a battered TV set. After some minutes Tshe rdor’s snores made her think he was asleep. She then softly walked to the bed and, fully clothed, lay down.

A few minutes later, she suddenly stood and shouted.

Tshe rdor quickly sat up, pretending to have just awakened, and asked roughly, “What’s the matter? What happened?”

Lha mo thought he had been dreaming and said nothing. But after this series of actions was repeated two more times she said angrily, “You’re daydreaming, Tshe rdor. I respect you as a poet. I never thought you would behave like a dog!”

When Tshe rdor found sweet words would not charm her, he scowled and said, “Your thesis is in my hands. If you want it, then give me what I want.”

Lha mo felt like a small dove in a cage. Without other choices, she betrayed her lover, Zla ba. She felt that without Tshe rdor’s help, she would not be able graduate. She also thought Zla ba would never learn of what she had done with Tshe rdor, because he was practice teaching in an elementary school in a distant village. Zla ba and Lha mo had attended the same middle school some years earlier where the seed of love had begun to grow between them.

Early one wintery Saturday morning, thick snow covered the city making it fleetingly resemble a mythological heavenly palace. Only a few students were on the lanes of the nationalities university. One was a lovely girl wearing fashionable clothes and a brilliant smile. Zla ba had called Lha mo that morning and told her he was returning to the city to visit her. When she reached the train station, it was as crowded as an anthill. Zla ba was waiting for her by an exit, carrying the black schoolbag Lha mo had bought him when he was leaving for his teaching internship. Overcome by emotion, tears streamed down her cheeks as she embraced him. Were these tears because she had missed him, or from guilt?

Some of Zla ba’s friends had heard he was back and invited him to a party that evening at eight p.m. They urged him to not bring his girlfriend, and Lha mo unhappily agreed not to come. About seven students waited for him with some boxes of beer on the table in front of them in a small bar. All the students were from the same home place and no women were present.

Rin chen said, “We’re so glad you could come without your girlfriend. This means you understand how important friendship is.” Then they began drinking and bragging, all except Zla ba. Their talk centered on sex – who had slept with whom, how many times, and so on. It seemed university life had no meaning beyond sex and liquor.

Zla ba didn’t drink and, and so, as he pretended to listen to this useless talk, he grew increasingly impatient and bored. More time passed and his friends became drunk. Then Rin chen said, “Dear friends, lend me your ears and I’ll tell you a true story about what happened between me and a girl from the far northwest last month. I went to the Peace Hotel near our school with her. Her skin felt really special and I had a good feeling when we were intimate. It was absolutely indescribable! Then I heard a familiar voice from the adjoining room. I didn’t believe it at first and then decided to peep.

“My Buddha! We mustn’t have faith in today’s women.”

When they asked Rin chen who she was, he drank a cup of beer and said smugly, “She was Zla ba’s honey, Lha mo, but Zla ba doesn’t care about that. We really shouldn’t love girls – we should only concentrate on how to use them.”

Rin chen swore that he was telling the truth.

Zla ba then quickly drank until he passed out.

The next morning, Zla ba went to meet Lha mo, who wore a wide smile, but her eyes darted here and there. She was afraid that, somehow, Zla ba had learned about her unfaithfulness. Zla ba’s face was pale as he came near her, and then he shouted, “Bitch! What did you do when I was away?” Tears ran down his cheeks, mixing with spittle.

Lha mo hung her head and slowly said, “I’m sorry to have embarrassed you. Please forgive me. I’ll explain what happened and why. I really had no choice at the time.”

Zla ba didn’t listen and ran away with a loud cry.

A signal-bell calmly clanged for lunch at the nationalities university. Someone shouted, “A boy jumped from the fifth floor!” In the days that followed, many rumors spread about why he had committed suicide.