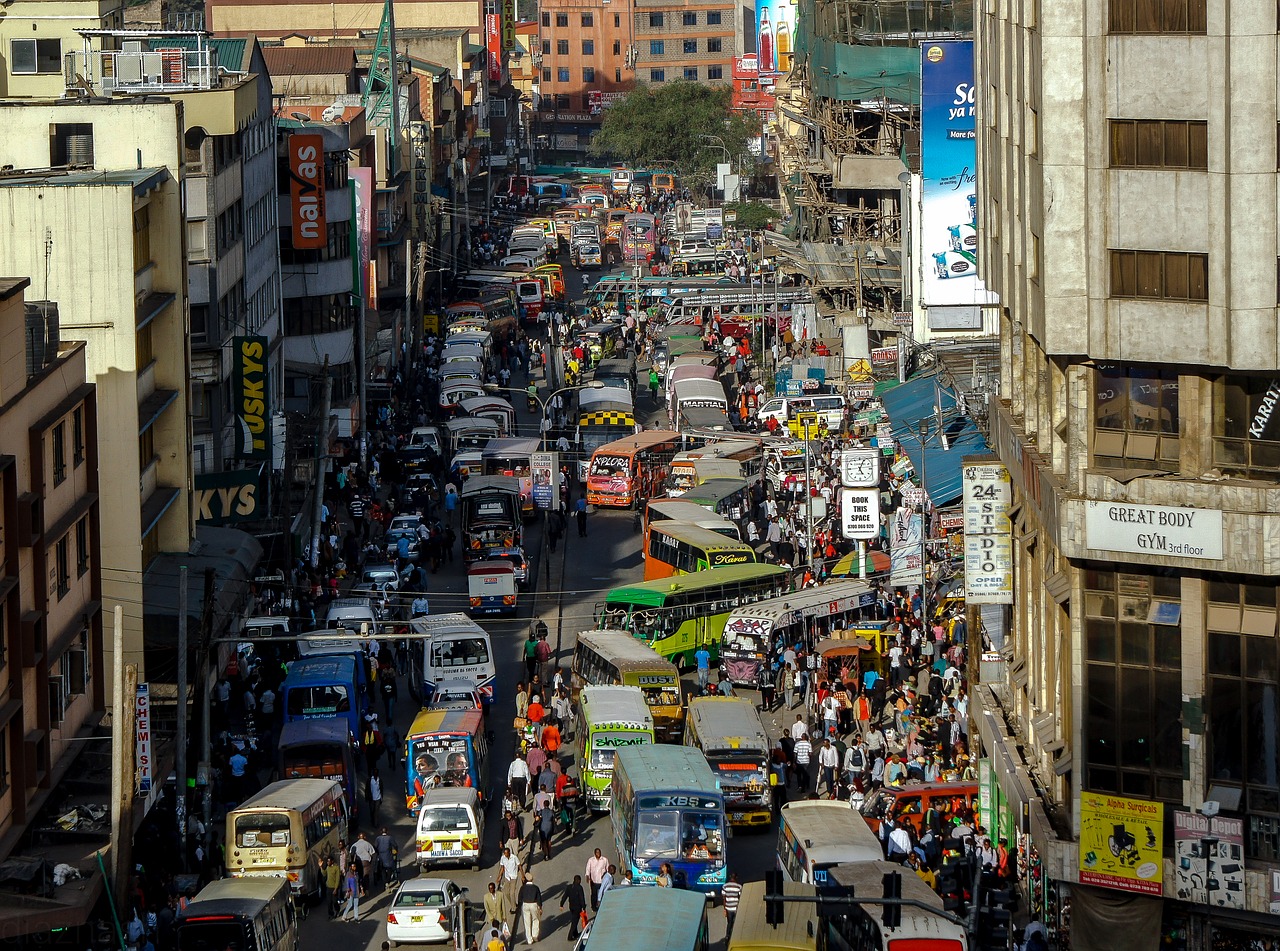 In October of last year, I found myself with my family in the heart of a sacred forest of the Mijikenda people of Kenya. One of the elders there told me that seven funerary statues had been stolen from his homestead in the preceding decades. He didn’t cry; he didn’t get angry. He just stared at the ground with a glazed look in his eyes. It was the look of a man who had come to terms with his loss but who had not forgotten the harm or gotten over the pain. It was overwhelming to hear his story, and I’ll never forget that moment.

Sadly, thirty similar statues had been held since 1990 at the Denver Museum of Nature & Science (DMNS), where I work. It had taken me more than a decade to get them shipped back to Kenya. Now I had the chance to visit them at the Fort Jesus Museum in Mombasa; it was amazing to see them again, so close to their home, where they belong.

This is the story of their decade-long journey.

Most people in modern society enjoy the right to decide what happens to their bodies, as well as those of their loved ones, when they die. As Chip Colwell, my former DMNS colleague and editor-in-chief of SAPIENS, noted so eloquently in his book Plundered Skulls and Stolen Spirits, this has not been the case for Indigenous populations under colonial rule, with tragic effects. The Native American Graves Protection and Repatriation Act (NAGPRA) of 1990 helped to rectify this situation in the United States by providing a legal framework under which federally recognized tribes may formally request the return of their ancestors’ remains, sacred objects, and other materials. NAGPRA has no bearing on international repatriations, however.

I arrived at DMNS in late 2006; Chip followed a year later. In the fall of 2008, DMNS trustees approved a new policy that allowed us to comply with the spirit, not just the letter, of NAGPRA. Chip and I, and the rest of the anthropology department, decided that we would consult with descendant communities on all of the human remains in the collection, and we’ve followed through on that commitment. The museum has also developed a multifaceted effort to decolonize our collections, returning not just human remains but also some sacred and funerary objects to their home communities—in the U.S. and abroad.

At the time we were hired, neither Chip nor I had any experience in African material culture. In 2008, we became aware that the DMNS had 30 wooden statues called vigango (singular: kigango) in its collection. We quickly studied up on what these were.

Vigango are more than just grave markers in the Western sense. The Mijikenda believe vigango are living objects and the physical embodiment of a dead person’s soul. Like totem poles in the Northwest Coast of North America, once erected, vigango are to be left alone to decay through natural forces. Most assuredly, vigango are not works of art to be held by or displayed in museums. We knew we had to return them to the Mijikenda.

NAGPRA does not apply to objects from Kenya because, among other things, the U.S. government has no jurisdiction over Kenyan property and people, and rightfully so. The flip side is also true—the Kenyan government can’t simply pass a law declaring that foreign entities like U.S. museums have to repatriate vigango. It doesn’t work that way.

We were going to have to get creative.</

From 2008 through 2013, Chip and I reached out to counterparts and colleagues at the Nairobi National Museum, but we were largely unsuccessful in getting their attention or help. Although Kenya is the fifth richest country in Africa, its museums are working at full capacity. A request from a museum halfway around the world simply didn’t rise to the top of their to-do list.

In 2013, we realized that the City and County of Denver has a formal relationship with the City and County of Nairobi through the Sister Cities program. After reaching out through these contacts and successfully consulting with Kenyan authorities, on February 19, 2014, the DMNS hosted a formal repatriation ceremony. That day, six dignitaries, including the Kenyan ambassador to the United States, signed a letter agreeing to repatriate the 30 vigango in DMNS’ collections to the National Museums of Kenya (NMK), which would then lead repatriation discussions with the Mijikenda. As significant as that event was, garnering attention in The New York Times, it sadly was not the end of our story.

On February 25, 2014, we waived goodbye as a truck pulled away from the DMNS loading dock with two crates containing the vigango. The shipment merely had to clear customs and an inspection. We believed the vigango were on their way home; we celebrated with handshakes and congratulations.

Unfortunately, we soon learned that the Kenya Revenue Authority wanted to impose a US$40,000 import tariff on the shipment, probably because we listed the contents as “art” with high valuations. The vigango would not be released in Nairobi unless and until we or the National Museums of Kenya paid in full. We didn’t have that amount of money, nor did they. So, I canceled the shipment. The crated vigango remained in a warehouse at the Denver International Airport.

Over the next four years, I made numerous attempts to reach out, yet again, to our contacts within Nairobi and the Sister Cities program. But there had been personnel changes, officials were swamped with other tasks, and Sister Cities folks had no real influence on the Kenya Revenue Authority anyway. The revenue folks wouldn’t budge, nor could we.

Then, four years after our premature celebration, in June 2018, I enrolled in the Museum Leadership Institute at Claremont Graduate University in California. Imagine my surprise when I looked through the attendee roster and found Purity Kiura, the director of antiquities, sites, and monuments for the National Museums of Kenya. By chance alone, I was to attend a residential retreat with a powerful, high-level NMK administrator! My mind, and heart, raced at the prospect.

At the opening reception, I quickly found Purity and told her about the situation. Over the next two weeks, as we honed our leadership skills, we pledged to do whatever we could to solve the vigango problem. We went our separate ways, and I waited.

Finally, last spring, Purity sent the message I was hoping for. Working through formal federal channels in Kenya, she obtained a letter stating that the revenue authority would not impose an import tariff. Once I had a physical copy of that signed letter, I approved the shipment. The vigango were finally headed home.

The vigango made it to Kenya. Museum leadership held a press event announcing their return and then sent the vigango to the Fort Jesus Museum in Mombasa, on the Kenyan coast, near where the Mijikenda live. We again celebrated in Denver, with hugs and high fives.

It’s difficult to describe the emotions attached to repatriation work. Chip and I worked together at DMNS for more than a dozen years, with a focus on repatriating human remains and sacred objects. As tough as that work is, it’s even more difficult for Indigenous populations, who often have to create new ceremonies with which to receive artifacts and ancestors back into their cultural processes and contexts.

For reasons I can’t fully articulate, the vigango repatriation has always felt different to me. In some way, I lacked closure.

On October 15, 2019, my family met Purity in Kilifi, a town on the Kenyan coast. She introduced us to Jimbi Kitana, a member of her staff and a Mijikenda himself. Over the course of a swelteringly hot weekend, he toured us around Kilifi County, where most Mijikenda live.

At Rabai, one of the main Mijikenda villages near the coast, we were honored in a welcoming ceremony. We were swept up in a pulsating procession led by women from the village, dressed in their colorful finery, everyone singing and dancing. We sheepishly joined the fun, not quite knowing how to behave.

The next day, Jimbi and I met with Mijikenda elders at Kaya Fungo, one of their sacred forests. We walked several kilometers into the grove, where we were met by a barefooted man who was, somewhat curiously, wearing a suit. He told us to take off our hats; we placed them on a tree stump. He then told us to take off our shoes. Together, we walked barefoot for about a kilometer to the inner sanctum. It was the smoothest forest floor I’ve ever walked on—it never once hurt.

These elders have faced horrific losses. Imagine having the embodiment of your most revered loved ones taken from their final resting place. It’s difficult to consider the emotional, psychological, and cosmic toll that would take, but it’s what they have had to deal with for more than three decades, as art dealers and collectors took their heritage away from them.

In spite of our success, their work is not done. The Mijikenda are working to develop a center, in one of their sacred forests, in which the vigango from DMNS will be placed and protected. Before I left Jimbi and his team, I pledged to do whatever I can, personally and professionally, to help with the creation of that center. I asked his permission to return to Kilifi County to celebrate with them when that center opens. Perhaps then, and only then, we will collectively achieve closure in this awful, decades-long affront to their culture, sovereignty, and well-being.