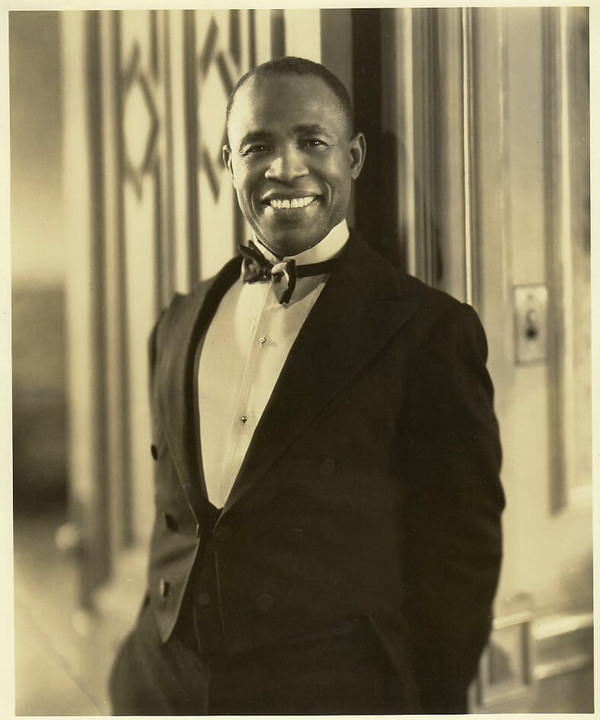 What do Ron O’Neal and Blaxploitation have to do with Bert Williams and blackface?

In the January 17 2004 edition of the New York Times there appeared an obituary for Ron O’Neal. Mr. O’Neal starred in the film Superfly as the title character. Superfly was made in 1972 at the beginning of the Blaxploitation craze and was extremely influential.

Bert Williams was the first black superstar performer in America. He worked in blackface but broke color barriers by appearing in vaudeville and on Broadway in what otherwise would have been all-white shows. He broke the color line in the 1910 Ziegfeld Follies where he stopped the show with his song “Nobody.” He continued with Ziegfeld through 1919. He died in 1922.

So, to answer the question, “What does Ron O’Neal have to do with Bert Williams?” the answer is Sidney Easton.

It is a shame that Sidney Easton is almost completely forgotten. He was a singer, dancer, comedian, actor, playwright, author, and finally, mentor to the playwright Charles Gordone. Mr. Gordone won the Pulitzer Prize for No Place to Be Somebody in 1970. Ron O’Neal got his big break when he appeared in No Place to Be Somebody at the Public Theater. His performance was noticed by the producers of Superfly. Mr. Gordone’s first play, A Little More Light Around the Place, was co-written with Sidney Easton in 1964. It was an adaptation of Mr. Easton’s book of the same title.

But what has this got to do with Bert Williams? Sidney Easton was born in 1896. One of his earliest acts was imitating Bert Williams.

I will admit it is a reach citing Sidney Easton as the connection between, not only Bert Williams and Ron O’Neal, but of blackface and Blaxploitation. It may be a reach, but it’s true. The importance of mentoring for a writer is often great. Charles Gordone was forty when he wrote his first play. How much help Mr. Easton gave him is hard to tell, but the play did get written and performed and Mr. Gordone went on to write the play that won him a Pulitzer and gave Ron O’Neal the role that would give him the exposure to have a chance at Superfly where he excelled.

In addition to imitating Bert Williams, Mr. Easton worked in minstrel shows, burlesque and vaudeville. His earliest composition was “At the New Jump Steady Ball,” written with Tom Delaney in 1920. They also collaborated on “Ain’t Gonna Marry.” Mr. Delaney was Ethel Waters’ manager in the 1920s. Ethel Waters made her record debut in 1921 recording both songs on the Cardinal label. She switched to the black owned Paramount label in 1922 and recorded both songs a second time. She also recorded Mr. Easton’s “Tell ‘Em About Me When You Reach Tennessee” (1924) and recorded a song she co-wrote with him, “Go Back Where You Stayed Last Night,” in 1926. Miss Waters used the song in her Broadway show At Home With Ethel Waters in 1953. Fats Waller recorded Mr. Easton’s “Red Hot Dan” in 1927. “All For Grits and Gravy” was recorded by Fess Williams in 1930. In 1941 he collaborated with Dizzy Gillespie on three songs performed in the film Murder with Music: “Geeshee,” “Too Late Baby” and “Hello Happiness.”

Sidney Easton also sang and played piano on record. His first recordings were of his compositions “Window Shopping Blues,” and with James Stewart, “Cast Away on an Island of Love” in 1923. He recorded duets with Elizabeth Smith in 1926 on his songs “Talk About Something That’s Gwine Happen,” and “When My Wants Run Out.” He then recorded with Martha Copeland in 1927 doing his song “When the Wind Make Connection With Your Dry Goods.”

Mr. Easton appeared in his first movie in 1931 in the Gary Cooper film His Woman. He also appeared in Wayward that same year. Those being Hollywood movies, it would appear he had moved to Hollywood. He appeared in the short subjects A Rhapsody in Black and Blue (1932 with Louis Armstrong), Musical Doctor (1932 with Rudy Vallee) and Cab Calloway’s Hi De Ho (1934). His last Hollywood movie was Ouanga in 1936. After that he appeared in the all-black cast films What Goes Up (1939), Paradise in Harlem (1939), Sunday Sinners (1940), Murder on Lennox Avenue (1941), Killer Diller (1948) and Boarding House Blues (1948).

Mr. Easton made what was probably his last appearance in New York in 1964. He and other black veterans of minstrel shows decided to show a modern audience what fun they were. I am hoping an audio tape of the performance still exists. The show was put on at Fordham University. Here is information about the show from Jazz Dance by the Sternes:

During the 1960’s, a group of hale and hearty oldsters plus a few ringers-average age, sixty five-put on, in and around New York City , several minstrel revivals staged by dancer Dewey Weinglass and written and produced by Noble Sissle and Eubie Blake. The results were frequently hilarious. It was also a revelation to audiences that had never seen minstrel shows.

These revivals seem to have taken place whenever the group was invited to perform and wherever they could find a hall. “The rehearsals,” says Mercer Ellington, “were even funnier than the performances.” They had appeared at the Harlem YMCA before we saw them in Collins Hall at Fordham University on September 25, 1964, where they were sponsored by an astonished and enthralled undergraduate organization. The performers seemed to enjoy it more — if possible — than the students.

In deference to militant contemporaries the production was entitled “The Grass Roots of American Folklore” and opened with a lecture by Sissle on the history of Negro show business, concluding with the announcement that this program was to be a recreation of the famous Georgia Minstrels.

A cast of eighteen strutted noisily on stage playing tambourines and singing. They were dressed in garish red-striped jackets and wore boaters. As they sat down in a half circle facing the audience, Sissle stood in the center as interlocutor, and Sidney Easton and Willie Glenn, clad in suits with blindingly large blue and white checks, took their positions as end men.

Two dozen or so numbers followed- songs, dances, skits, instrumental solos-alternating with jokes so ancient that, delivered with reckless assurance , they seemed new-minted from another world.

Then the acts pyramid: Will Glenn steps and sweeps in rhythm with a broom; Sissle sings Lucinda Lee; Reuben Brown does an elegant tap routine; Lucky Roberts plays his own composition, Moonlight Cocktail; Sidney Easton sings a wildly sentimental song; Frisco Bowman takes a drum solo all over the stage; sixty four year old Dewey Weinglasss does cartwheels, and Don Redman and his band, with Joe Thomas, Tom Whaley, and Teddy Benford, supply a swinging background for everybody After intermission, the olio follows, with a brief concert by the Redman band, a tear-jerking song, a comedy violinist, and a medley of favorites by Nobel Sissle and Eubie Blake. The show ends with a lively Walk Around-struts, twists, prances, taps, rubberlegs, and even splits — and exit.

Sidney Easton would be more well known if he was listed in the credits of some of the films where he appeared. On the Internet Movie Data Base they have only listed him recently in A Rhapsody in Black and Blue, Cab Calloway’s Hi De Ho, and Musical Doctor among his films. He steals the show from Louis in the first mentioned. He holds his own with Cab in the second. In the third he is the best thing in the film. Unfortunately you may never see him in Musical Doctor. The last time I saw this on Turner Classic Movies his part had been edited out of the print. The story is about a hospital that cures illnesses with music. Rudy Vallee is the doctor. Toward the end of the short a black man is wheeled in on a gurney. Sidney is suffering from “black fever.” Could it be he is suffering from the effects of racism? He sings the song “Missin’ All the Kissin’ from My Alabamy Mammy Pains” and then Vallee sings him a sweet song and he is cured.

That is not what I saw on Turner. Before his entrance an announcement is made over the loudspeaker, “Dr. Vallee, emergency case!” There is then a jump to the end of the film. Sidney has been removed to spare viewers the sight of a stereotypical black man in an otherwise all-white movie. How are we to learn from the past if the worst of it is not allowed to be seen? Is it fair to Sidney Easton that his existence is being erased by modern critics with scissors?