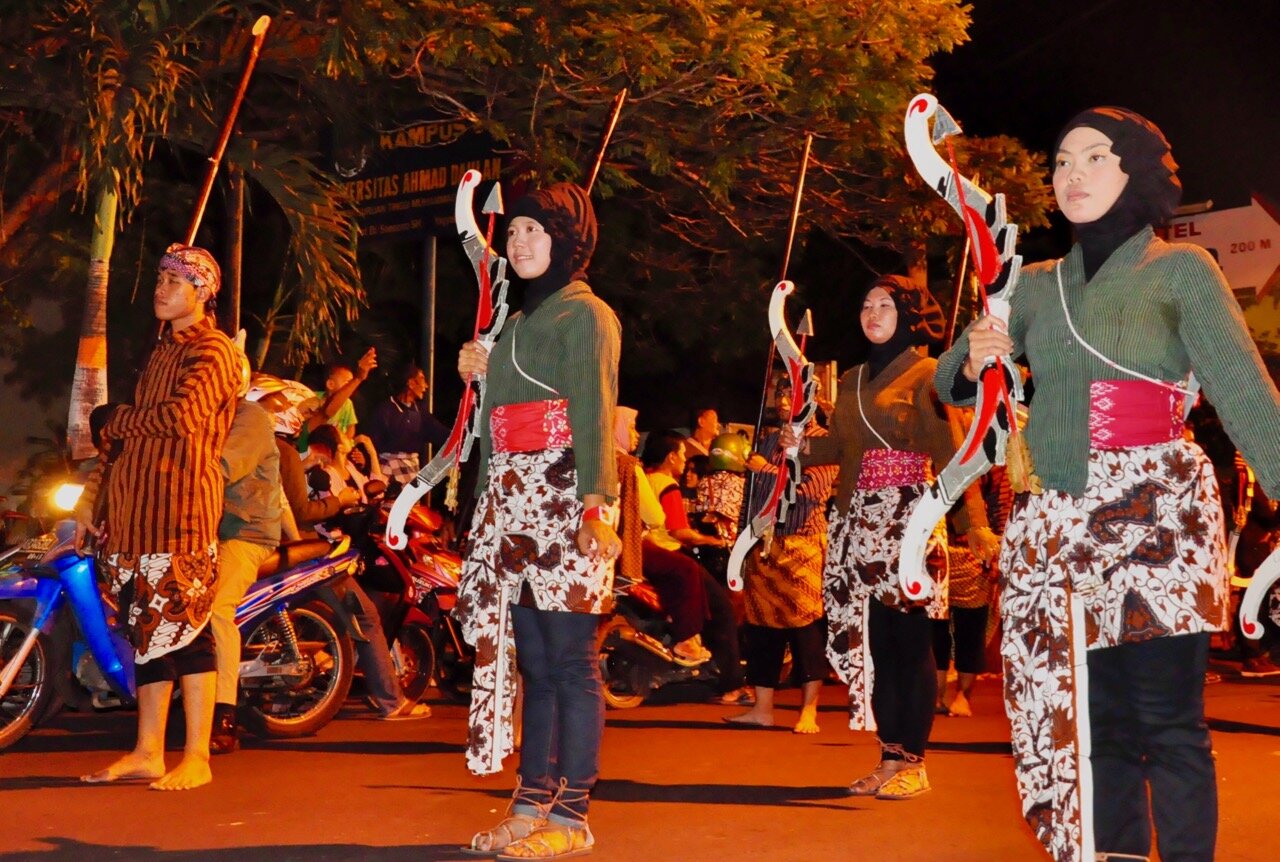 Indonesia, the world’s most populous Muslim country, has been hit hard by the COVID-19 pandemic. It could not have struck at a worse time, because the fasting month of Ramadan began on April 23.

Ramadan is a time of intense religious and social activity.  It is an opportunity for renewing social bonds as well as for seeking Allah’s blessing and mercy. There is a vast array of beloved customs including communal fast breaking, nightly religious lectures and Quran recitation sessions. At the end of the month millions of Indonesians normally return to their home towns to celebrate the Id al-Fitr holiday with communal prayers, processions, family reunions and social gatherings. This makes Ramadan a terrible time for social distancing.

It will be impossible to contain the pandemic if Muslims blithely observe Ramadan as usual. Many need guidance because they fear divine retribution if they neglect religious obligations and are distraught about losing opportunities for social connection. Unlike the revivalist Tablighi Jamaat whose mass prayer meetings contributed to outbreaks throughout South and Southeast Asia, Indonesia’s second-largest Muslim organization Muhammadiyah has urged Muslims to stay and pray at home.

The Indonesian government was slow to respond to the pandemic. The fact that few cases were reported until late March says more about its failure or inability to locate them than epidemiological realities. On Feb. 2 Health Minister Putranto naively stated that the power of payer would protect Indonesia. The first case was officially reported on March 2. By April 21, the total exceeded 7,000 with more deaths than any Asian country except China.  Only then was Ramadan travel prohibited. Indonesian Muslim organizations, including Muhammadiyah, realized the threat of the pandemic and responded to it much more quickly.

With approximately thirty million members, Muhammadiyah is Indonesia’s and the world’s largest modernist Muslim organization. It is a moderate, non-political Salafi movement founded 1912. Muhammadiyah founder Ahmad Dahlan had two purposes in mind: to purify Islam of what he thought to be ritual innovation and polytheism and to promote modernity. Muhammadiyah’s approach to theology, ritual and legal reasoning is based on close, contextual readings of the Quran and Hadith (traditions concerning the Prophet Muhammad). Unlike many other Salafi movements, it celebrates local culture and rejects the “Arabization” of life characteristic of movements inspired by Saudi Wahhabism. Muhammadiyah’s modernist agenda centers on education and healthcare. It operates a vast network of schools, universities, clinics and hospitals.

Muhammadiyah and the COVID-19 Pandemic

Muhammadiyah offers guidance to its members through sermons, religious talks at mosques, publications, web portals and social media. At times like these, religious guidance can make for sound public health policy. Muhammadiyah’s response to the pandemic combines Salafi religious reasoning with medical pragmatism.

On March 10, Muhammadiyah refocused its health care system to respond to the spread of COVID-19. Twenty hospitals were designated as treatment and prevention centers. More than 30,000 offices of the Muhammadiyah Philanthropic Initiative and hundreds of thousands of mosques started public awareness campaigns.

Muhammadiyah offered specifically religious advice as soon as the extent of the pandemic was apparent. From the outset is stressed social isolation as the only effective way to contain the virus and that this requires Muslims to change their religious behavior. On March 19th, the Muhammadiyah COVID-19 Command Center published a text for Friday sermons (khutbah) “Responding to the Corona Virus Plague.”

It begins by explaining that the pandemic is a global crisis that has struck more than 140 countries. It did not mention China or blame any country or group for the pandemic. This is important because Indonesian Islamists often promote fear and hatred of Indonesia’s small, but economically powerful, Chinese minority.  It continued with theological reflection on the interplay of divine determinism and human agency in responding to disasters,  explaining that the pandemic is a sign of Allah’s love for humanity and that he intends it as a test of human forbearance. It encouraged stoic acceptance, faith and determined action. These are basic themes in Muhammadiyah religious and social thought. I have heard worldly crises described as tests of faith requiring determined action in Muhammadiyah sermons for more than four decades. This sermon concludes with advice to Muslims on how to respond: First to strengthen faith to overcome fear; second to practice social isolation by curtailing collective religious activities; third, to help others who are in need.

On March 24, Muhammadiyah issued a fatwa (legal opinion) stating that fighting the pandemic is a religious obligation and indeed a jihad. It reminded Muslims the Quran states, “Whoever saves the life of one person, it is as if he saved all of humanity” (al-Maidah 5:32). The fatwa suspended normally obligatory congregational Friday noon prayers, advising Muslims to perform the regular mid-day prayer at home instead.

These recommendations require painful sacrifice. For millions of city dwellers, the holidays are their only opportunity to renew ties with relatives in the countryside. Another beloved custom many will miss this year are Takbir Keliling processions, in which large groups of young people march through the streets chanting Allah Akbar (God is Great!).  Some of these are simple torch lit processions. Muhammadiyah sponsors one in Yogyakarta with elaborate floats. Thousands of young people dressed in colourful traditional costumes parade through the streets.

Muhammadiyah advised Indonesians to “Stay Home” after balancing risks posed by pandemic with the importance of Ramadan festivities. Postponing or cancelling them is, however, the most important thing Indonesians can do to slow the spread of the COVID-19 contagion. It will mean that many people who would otherwise have died will live to join in them next year. Muhammadiyah rooted its recommendations in its understanding of religious authority, often mentioning a Hadith according to which the Prophet Muhammad said: “If you hear of a plague in a land, then do not go into it. If it happens in land where you are, then do not go out of it.”

Mark Woodward is associate professor of religious studies at Arizona State University and is also affiliated with the Center for the Study of Religion and Conflict. His research focuses on Islam, religion-state-society relations and religion and conflict in Southeast Asia, on which he has written more than 50 scholarly articles.