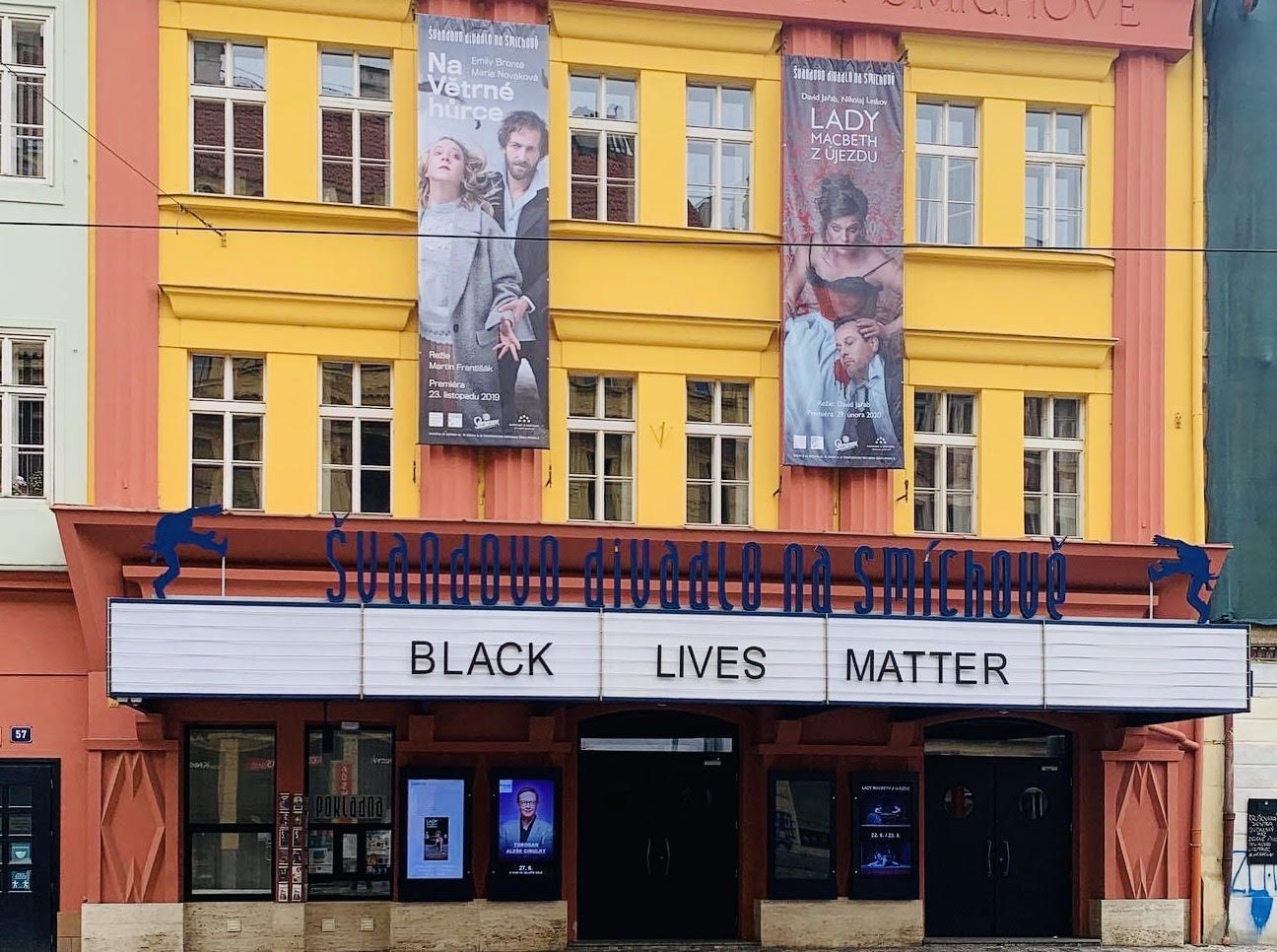 Long invisible, Afro-Czechs, one of the smallest communities in the Czech Republic, are gradually emerging and speaking their minds in public. This post is the first in a two-part series looking at their struggle for recognition in the central European country.

Until the fall of Communism in 1989, Black Africans and Afro-Czechs had no visibility in the public space, even though hundreds of them had been living in the central European country.

In reports and documents covering the period 1918-1948 when Czechoslovakia was a capitalist democracy, there are a few mentions of Black Africans and African Americans serving in the army, or playing jazz in Prague bars.

When Czechoslovakia became part of the Socialist block in 1948, it actively engaged in Cold War competition between Moscow and the West, and gave diplomatic support to African independence movements, even supplying weapons to various guerilla armies on the continent. Some newly independent countries become priorities as bilateral relations intensified –Angola, Benin, the Democratic Republic of Congo, Ethiopia, Ghana, Guinea-Bissau, Mali, Mozambique, Nigeria, Zambia were among these.

Hundreds of students from Africa were given grants to move to Czechoslovakia, where they learnt Czech or Slovak, and graduated, mostly in science, technology, military science and medicine. A special university was created in Prague from 1961 to 1974 to accommodate their needs.

While many returned to their home countries, a few married locally, or had children with Czech and Slovak women, giving birth to the first generation of Afro-Czechs.

As communism ended in 1989 and the country joined the European Union in 2004, Czech society started discussing issues of discrimination and ethnic diversity that had been banned for four decades, since Socialist ideology claimed it had eradicated racism, despite appalling treatment of the Roma community.

Since then, three segments of society have contributed to a partial integration of Afro-Czechs: civil society, media and art. A number of NGOs advocating for a better knowledge of African culture, and support to Afro-Czechs have emerged and contribute to cross-cultural dialogues.

The second area is media, where a number of Afro-Czechs act as role models. One of the most famous names is Lejla Abbasová, a Czech citizen of Sudanese heritage, who presents popular TV shows. Czech-Ghanaian Rey Koranteng is a presenter on TV Nova, a private station that enjoys the largest share of the national audience.

Martin Kříž is an Afro-Czech Sinologist, who makes regular appearance on Czech media and on the BBC.

He shared his views with Global Voices (GV):

In the past 10 to 15 years, the question of identity is no longer based on external appearances. I remember, though that when our Czech society was not so open, particularly before [the fall of communism] in 1989, and when we were young and wanted to hang out somewhere, it was really different. It is too early to speak of an Afro-Czech community, in most cities there are just one or maybe ten Afro-Czechs, who each have very different interests and priorities. But we do see the first signs emerging, in Facebook groups.

A third field where Afro-Czechs have distinguished themselves is the arts, where singers, dancers and writers have established their names, sometimes internationally. Probably the most prominent example is Czech-Nigerian modern dancer and choreographer Yemi Akinyemi Dele, who has worked with global stars such as Kanye West.

Czech-Angolan singer Ben da Silva Cristóvão (known as Benny Cristo on stage) is a successful artist who was selected in 2020 to represent the Czech Republic at the Eurovision song contest with his song Kemama:

Another Czech-Angolan dancer and singer is Madalena João, who sings in Czech, English and Portuguese, sometimes with her brother Daniel, who raps.

Here she explains her sense of what it means to be an Afro-Czech to GV:

My dad was studying in Brno [the second largest city in the Czech Republic] at the faculty of veterinology, where he met my mother. They spoke Czech, a language my father is fluent in to this day. An Afro-Czech is a Czech person with African roots, thus it means I have African blood, rhythm in my body, and I am happy for that. Now I am more aware that it has its advantages. In Angola, there I lived for nine years, I spoke mostly Portuguese, and to this day this is the language we use at home with my dad and my brother.

Here is one of Joao’s songs, “Vím, že jsi” (I know you exist) where she sings with popular Czech rapper Skipe, about visibility and relationships:

Literature is also a field where prominent Afro-Czechs are making a mark.

The term Afroczech was cornered by Czech-Nigerian writer and activist  Obonete Ubam, who spent seven years in Nigeria and wrote a book in which he narrates how he embraced his heritage, and eventually became the chief in his native Anaang ethnic group.

He released in June a new book called “Kalangu African Wisdom for Every Day” (Kalangu Africká moudrost na každý den) to bring African culture closer to Czech readers and is currently about to release a new book about the history of Afro-Czechs. Here is what he told GV:

I think the Afro-Czechs are just beginning to form their community. They have been present here roughly since the end of WWII, as descendants of US soldiers who liberated the Western parts of the country. Then came us, the descendants of African and Cuban students. We usually didn’t know about each other, and we looked for answers about our roots and cultural identity much later in life. It is interesting that this is the generation that produced the most prominent Afro-Czechs. Now the third and largest generation is coming up, and their life is very different from ours. Open borders mean they can meet, which is incredibly important to be aware of your own identity.

Thanks to Global Voices.