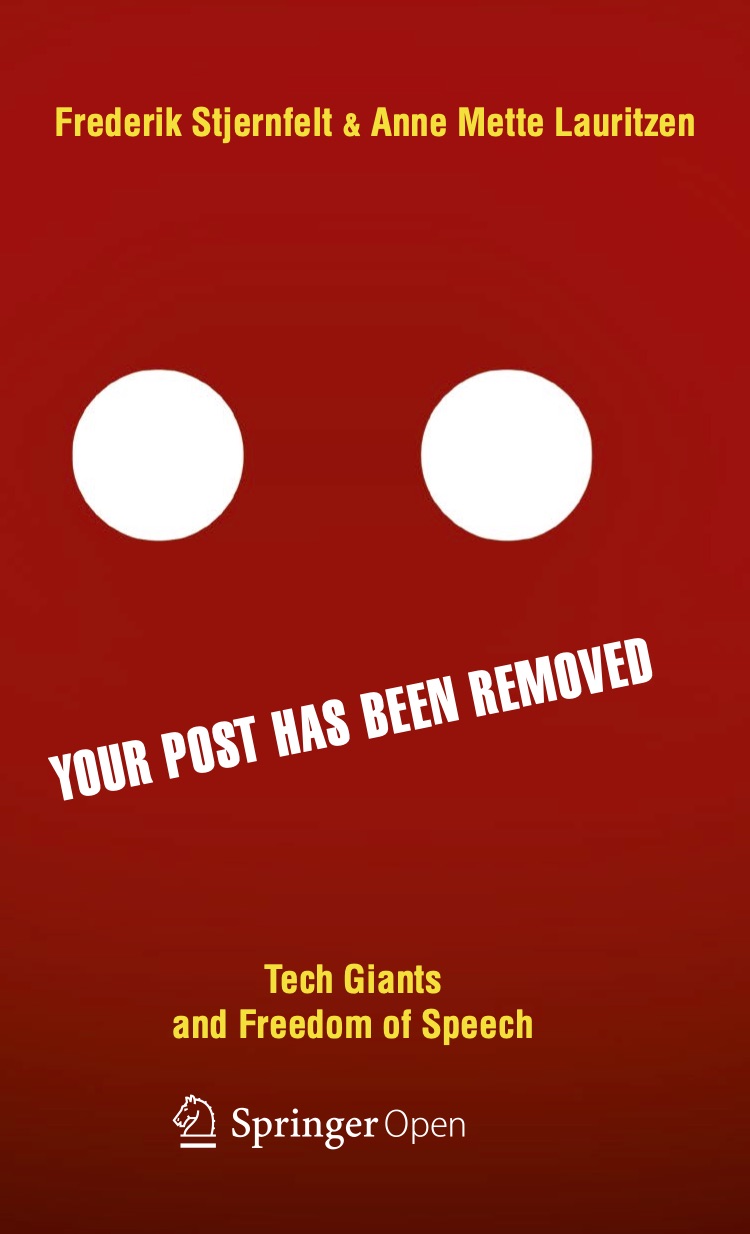 One of the biggest problems with free speech in the 21st Century is how much of it is controlled by technology and technological access.

The “moderating” policies of Facebook, Twitter, and Google have resulted in posts being removed on an industrial scale. While this moderation is often encouraged by governments — on the pretext that terrorism, bullying, pornography, “hate speech” and “fake news” will slowly disappear from the Internet — it makes tech companies the greatest censors of our society. Privately owned social media companies are allowed unchecked control to define who should speak and how.

Instead of leaving it to social media companies only to take action, the authors of Your Post Has Been Removed: Tech Giants and the Freedom of Speech argue that democratic institutions should take an active role in moderating criminal content on the internet. To make this possible, tech companies should be analyzed whether they have monopoly-like control. Antitrust legislation should be applied to bring such monopolies within governmental oversight, and more importantly, citizen oversight.

It’s especially worth thinking about such things as we consider the effects of social media speech upon democracy itself. The unheard still are largely unheard because of the immense barrier posed by technological access and then corporate whimsy.