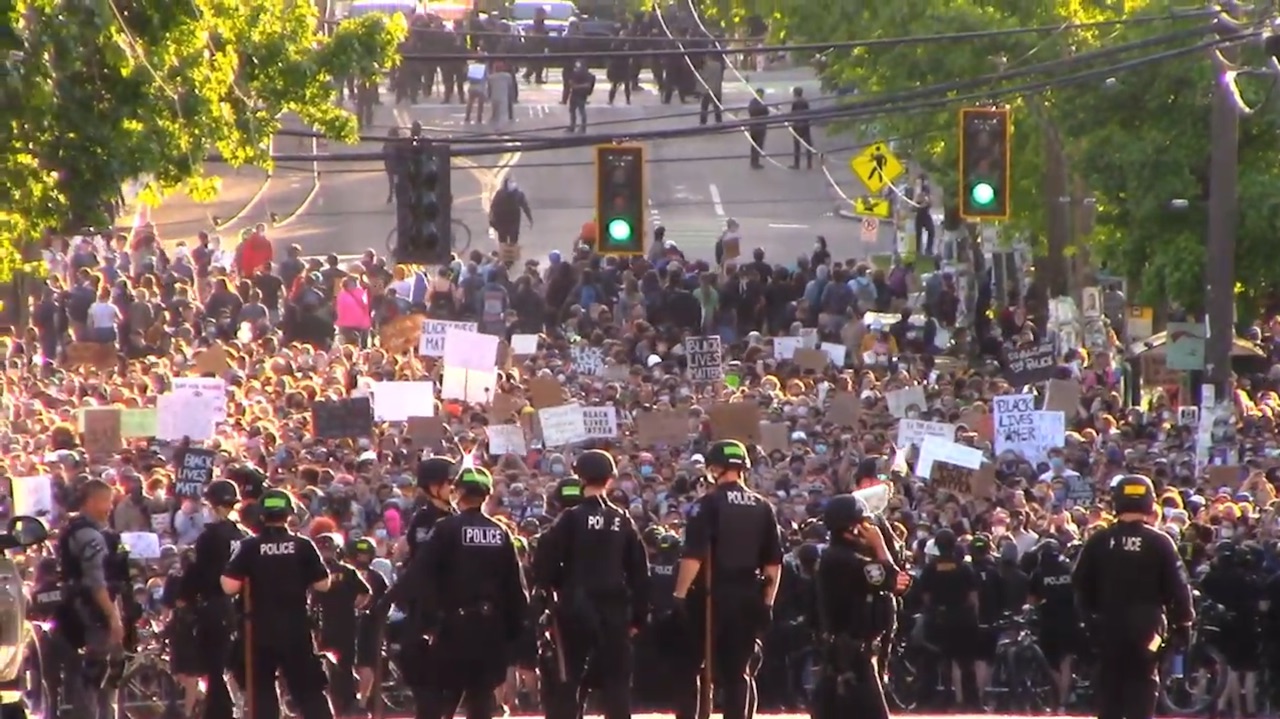 Here is video from Mark Taylor-Canfield who was hanging out at Cal Anderson Park when the supposed “riots” began.

Earlier that day, Seattle City Council said they were critical of SPD’s use of force and tear gas/mace on protesters Saturday (including a 9 year old child), but police used those same devices again after a day-long series of peaceful marches and rallies. This excerpt from Mark’s longer video shows how tense and dangerous the situation became when police fired tear gas canisters and a flash/bang grenade into Cal Anderson Park.

In Mark’s own words:

I was in Cal Anderson Park at the time where everything was very peaceful and relaxed, but police fired gas canisters and I think a flash grenade into the park where I was standing. I was overcome with the tear gas.

These crowd control devices burned holes in the artificial turf on the soccer field. The canisters are extremely hot. I would hate to have one of those fall on me!