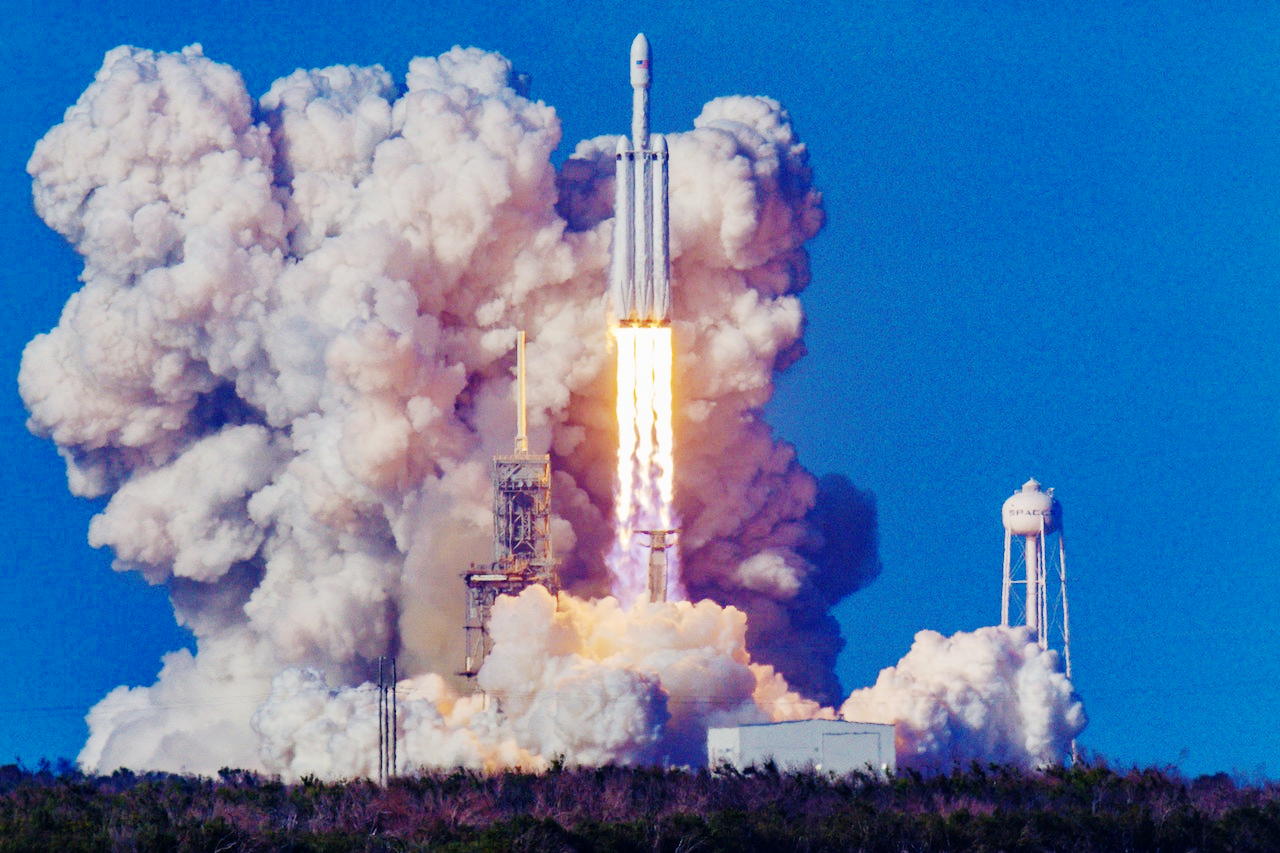 “So this is really happening, isn’t it?”

Her voice was a whisper in a wilderness, drowned by the gusts of my own little wonder. The shuttle loomed tall in the distance, glistening in the motherland sun for all to see. 10 years, 10 unbelievable years, and here we stood, at the edge of the unknown, ready to take a great leap, the first great leap my people had taken in a very long time.

“You are doing that thing you always do again,” said Priye.

“Sorry,” I said, smiling at my own silliness. “It’s just… It’s unbelievable, even after all this time.”

I reached for her hand, the puffy gloves of our spacesuits making the gesture awkward, but no less heartfelt. From the corner of my eye, I saw the car approaching, a white glint hurtling through the daylight, ready to convey us to our vessel, as the crew that had helped make all of this possible looked on from the balconies and windows of the agency building, much of which was still in the final stages of construction – oh, what we could achieve when the will to do so was strong enough. The communication line opened with a soft crackle, and Kwame’s voice rung clear.

“You ladies ready?” he said.

“Well, you had better be. It would be a very embarrassing live broadcast if you backed out now.”

“We’re not going anywhere, Kwam,” said Priye, as the car came to a soft halt in front of us, and an intern walked forward to open the back door.

“Good luck, both of you,” said the young man, his glossy dreadlocks packed into a neat ponytail, smiling warmly as we took our seats inside. There was only so much comfort to be found sitting in these suits, but the glory that lay ahead was well worth the odd squeeze downstairs.

“How many people again?” I said over the comms. I had asked over a dozen times so far, but every time the answer came, I would try in the moments that followed to comprehend it, and fail miserably. Kwame heaved an exhausted but empathetic sigh.

“500 million viewers and rising,” he said. “News networks, synced-up sites, and of course, our YouTube channel. The whole world is watching you two.”

“Watching us,” said Priye. This time she took my hand. “They’re watching all of us. We did this.”

We cruised down the long road until I could just make out the engineering team shuffling across the launch complex, making sure everything was right, down to the minutest detail. The comms channels were filled with queries and confirmations. I eavesdropped on a few exchanges, my neural implants navigating through the complex network like a fish through an ocean current. Clear skies. Thrusters fuelled. Navigation systems on standby. By the time the car hummed to a halt at the base of the complex, all systems were a-go.

Memories took me as we stepped out of the car, and were led forward to the complex’s lift, a spacey structure in a clear meta-glass tube that would convey us up to the command module. I remembered the endless meetings and pitches in the days that followed the Great Reform, a socio-political revolution that transformed our battered and broken continent into a true African Union. The echoes of our dark past still remained, and were hard fought. But we pushed on, past doubts, past fears, past the point of no return, a people united on Earth, now looking to the stars, joining the rest of humanity in this transcendent quest. It was the busiest decade of any of our lives. Everything was changing so fast. Educational curricula were overhauled while economies were diversified. New trade agreements were drafted while technological innovation and scientific research experienced a renaissance. Infrastructure was renovated while whole cities were merged. Borders were dissolved while the malicious parties that took advantage of these divisions to the detriment of their own kin met their Waterloo. Friendships and bonds were formed where they were never thought possible. People violently pitted against each other for lifetimes at the whims of those who had never carried a weapon in their lives were finally realizing how little truly set them apart. Hunger, disease, pollution, corruption, all fading into the annals of our history at a slow but certain pace. And in the middle of all that, there I was, a young physicist and engineer trying to get a space program together.

Getting the go-ahead from the AU’s Governing Council was the easy part. What took the remaining 9.6 years was the architecture, the creation, the team building, the logistics; drafting the curriculum for the space program; discretely pushing past limitations that our foreign counterparts were yet to overcome. That was the hard part. But I was never alone. We were a team, a family, a people united against the darkness of yesterday. And now to be here, to be ascending towards the command module of a shuttle I had helped design, with my closest companion through it all, here to share this moment with me… It had taken all of a century and half, but the vision of our heroes past, our giants, our ghostly fathers, was here. It was now.

“Crew approaching command module,” came the voice from mission control, announcing our progress to the entire human race. “All systems in the green.”

The lift slid to a halt, and we stepped out onto the bridge leading to the module’s open door. Our escorts gave a wave as the lift descended from sight. It was all us from here on out. I had seen the module a thousand times before. Priye and I had supervised every step of its design, and watched with renewed joy every day as the pieces fell into place. But not a single one of those moments compared to this, to being inside it 700 feet above the ground, and soon, even higher.

Priye placed her hand over the lock panel to seal the door, and we took our seats, sliding the visors of our helmets firmly into place, and activating our private comms channel. Digital representations of the ship’s various modules shone a calm blue across the wall of touchscreens in front of our chairs, a block of green pulsing beneath each image, indicating that all was still well.

“All systems are green from our end,” said Priye, to mission control.

“We’re all good here,” said I. Then I switched to the private channel. “Care to do the honours, babe?”

With a coy smile that set my heart a-flutter, Priye reached out to the screen in front of her, and tapped on the launch button to begin the sequence. I had expected the anticipation to slow time down, but it seemed before I could even take my next breath, ‘T-minus 10 seconds’ flashed across the screen, and every cell in my body began to vibrate with the rest of the vessel.

We reached out to each other, our other hands griping the chair handles for dear life.

“Lift-off!” came the voice from mission control, as the tremors multiplied, and all the long months of training kicked in. Live video feed from key points on the ship’s structure popped up on our screen on automatic cue, showing the land around us falling away in high definition, air friction and clouds soon making a dreamy haze of the world below. The perspective was breath-taking, the agency building shrinking into a bright white dot, the surrounding farmlands becoming a mural of shades, and then the sky above, darkening as we escaped the Earth’s gravity, and the reusable booster engines fell away and shot back home with redundant precision, leaving us to our own devices.

I widened the video feed of the space in front of us, dimming the lights in the command module, and the vast expanse of the ancient, indifferent and beautiful universe our little home planet floated in was a humbling sight. Priye’s laughter was musical as we unstrapped from our chairs and enjoyed a moment of childish play with our weightless states, flipping around the place like idiots. Then I glided back to the control screen, punched in the coordinates of our destination, and soared with spread arms towards the changing room to get out of my suit. The International Space Station was a twinkling star in the distance, waiting to greet us in 2 days.

Dinn Eferet is an artist who goes wherever inspiration is, giving voice to identity, hope, despair, technology, politics, violence, history, that beautiful, grounding darkness, and what it means to be human. Read Dinn’s blog for more.