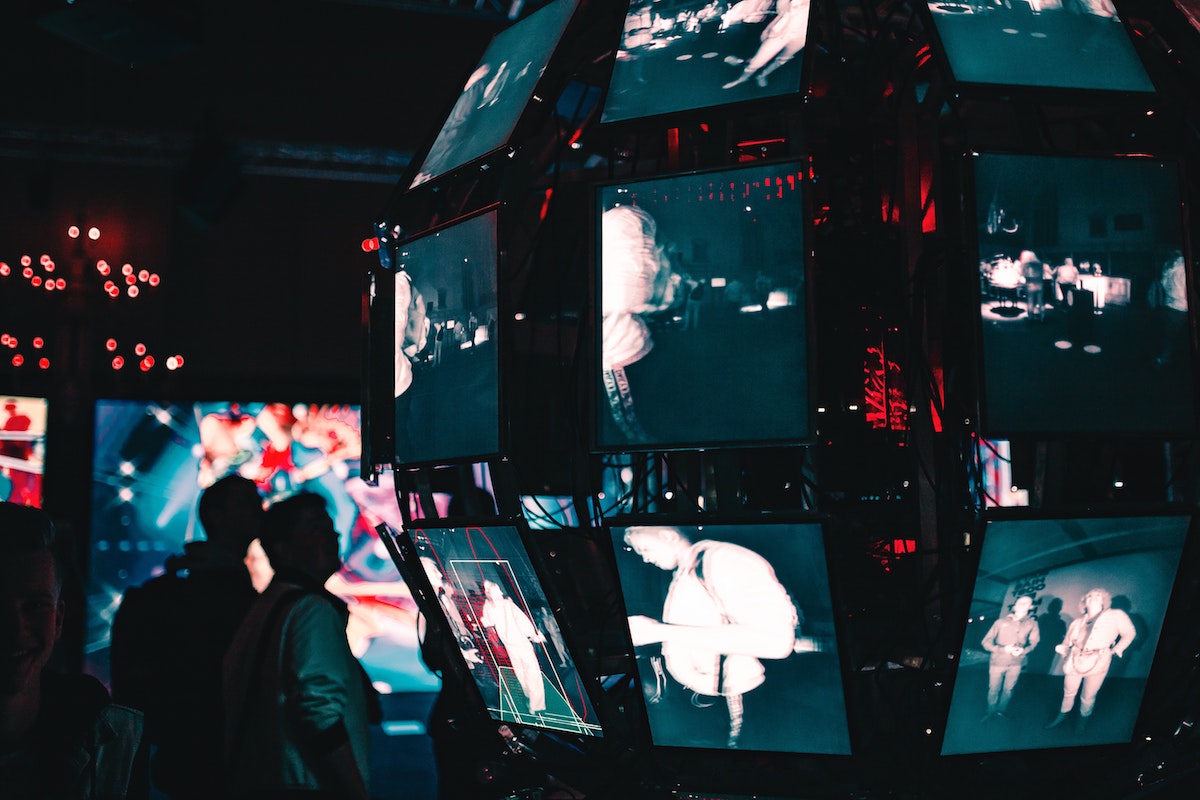 This is a work of fiction. Names, characters, businesses, places, events, and incidents are either the products of the author’s imagination or used in a fictitious manner. Any resemblance to actual persons, living or dead, or actual events is purely coincidental.

Are you happy with the “Big Five” tech giants, or monsters (Goo$mon, App$mon, Face$mon, Ama$mon, and Micro$mon)? Jack Amano does have some respects for these companies. They are innovative and, at least to some extent, inspiring. However, he also thinks that they are way too greedy, sneaky, and creepy. In addition, their enormous wealth reminds him of this quote: “Behind every fortune is a concealed crime” (from John Flaherty’s book, No More Heroes). Well, even if not “technically” a crime, these tech giants certainly employ a variety of dubious business practices, capitalizing on monopoly.

Sure, the tech giants also “play” the role of an angel, often through their philanthropic arms and/or related foundations. However, Jack would prefer them not to take too much in the first place. He doesn’t like that they have the right to control the money.

And the worst part might be the tech giants’ abuse of technology. Jack has little idea what they are actually doing behind the scenes. But he occasionally notices news articles which expose their “trade” secrets. Being fed up, Jack went on a mission to avoid all of the Big Five. Note that this move was part of his growing sentiment away from the mainstream life style (as told in a story called Jet Stream).

Of course, just avoiding these particular monsters would not save the world. And Jack is no hero anyway. Actually, Jack is skeptical of so-called “heroes” (again, as in No More Heroes). Rather than wishing that a hero or even governments/courts solve the problem, he insists that each one of us do something, regardless of its magnitude. After all, the tech giants so function only because people let them.

Now, as a starter, Jack went online and searched for relevant stories. It turned out that almost all of his predecessors had very hard time limiting the influence of the Big Five in their lives. But that didn’t stop Jack; he became even more intrigued. Luckily, he had some advantages. He is reasonably comfortable with technology, yet, not overly dependent on it. In addition, Jack had neither bought an App$mon product nor used social media such as Face$mon. As a result, he had to tackle just the remaining three: Goo$mon, Micro$mon, and Ama$mon.

The first target was Goo$mon. Since Jack was using an outdated Nokia phone, he had nothing to do with the Androwi:d platform (Goo$mon product). However, like most other people, he was routinely using Goo$mon search. At first, it was unimaginable for him not to use it. But after some, yes, Goo$mon search, he found a few alternatives. Among them, DuckDuckGo appealed to him most, because its number one priority is user privacy. After comparing search results, Jack was convinced that he can live just with DuckDuckGo. It may not be as good as Goo$mon, but it was definitely useful. One down. Jack felt good.

Oh, regarding Goo$mon, there was a loose end. Jack occasionally watches GooTube video clips (also under the gigantic Goo$mon umbrella). This is when his nephew shares school-event videos posted there. But Jack thought this much of GooTube access was OK.

The next target was Micro$mon. Jack had already replaced Micro$mon Office with a free office suite called OpenOffice. That was many years ago. By the way, OpenOffice is very similar to Micro$mon Office and can easily open and save Micro$mon Office files. He wondered why people are still paying for Micro$mon Office. So, the only remaining product to avoid was Micro$mon Windows. And Jack had been fed up with it any way, especially with the annoying upgrade practice. He was ready to move on. This time, after some DuckDuckGo search and more research, he chose the “dual boot” option of Ubuntu, one of the most popular open-source Linux distributions. The possibility to retain Windows as an option was attractive for him, at least at first. In case he is not satisfied with Ubuntu or needs to use Windows-only apps, he can restart his computer in the Windows mode.

The Ubuntu package combines many useful apps, including a web browser (Firefox), email app (Thunderbird), and office suite (LibreOffice). However, he still needed to do some additional things. For example, in order to share files and data with other family members’ computers, he had to install a program called Samba. It took a while before he was actually able to do what he wanted. He thought that it would be a challenge for many others.

After switching to Ubuntu, Jack was no longer able to use certain Windows-only apps (except in the Windows mode). But gradually, he either found alternatives on the Ubuntu platform or gave up those apps altogether. He was able to do this partly because his anti-mainstream mentality trained him to give up more and more old things. Well, even with Micro$mon Windows, there were times when a major upgrade forced him to give up old apps. The fact of the matter is that he will always need to give up some old stuff, including his own body and mind. Although people may not like such an idea, Jack was gradually getting used to it. So, two down. He felt pretty good.

The final target was Ama$mon. When Jack created an Ama$mon account, it was only for buying books. However, by this time, Ama$mon had been supplying him almost everything: books, electronics, music-related products, household goods, health products, pet supplies, gifts, etc. He was not a Prime member. So, he usually consolidated items and took advantage of free shipping for orders of $25 or more. But because of this, he tended to buy some extra stuff as well. In the end, he was among so many people who are heavily dependent on Ama$mon. Naturally, Ama$mon has a huge influence on not only retail businesses but also manufacturers, distributors, and web services. He also read about Ama$mon’s brutal treatment of its workers. Jack did not at all like the situation surrounding Ama$mon.

When Jack decided to quit Ama$mon, he knew that he could not pick a single alternative. Instead, he needed to buy things from many different sources. First, local retailers and then, other on-line stores. For books, he found bookfinder.com, where he was able to search for good deals from multiple bookstores (including Ama$mon). As for book reviews, he started to use goodreads.com. For electronics, he visited on-line stores, such as B&H, in addition to local stores. For music, household goods, health products, and pet supplies, he mainly relied on local stores but also shopped online, for example, directly from manufacturers and at eBay. Soon, Jack was doing all of his shopping without Ama$mon. Well, before Ama$mon, he was doing just that. So, it turned out to be no big deal. Mission accomplished, without major drawbacks. Jack felt really good.

Well, that was not the end of the story. At some point, Jack realized that Nokia’s phone division had been absorbed by Micro$mon. Well, the monsters continues to grow due to their insatiable appetite for monopoly. And at around the same time, his old Nokia phone started to fail. So, he needed a new phone. Unfortunately, the cell phone market has been dominated by sliPhones (App$mon products) and Androwi:d-powered phones (controlled by Goo$mon). Reluctantly, he bought an Androwi:d phone. This brought Goo$mon back into his life. But he carefully set up his Goo$mon account to protect his privacy as much as possible. He also disabled as many Goo$mon apps and services as possible, including those associated with Goo$mon Play. This was also supposed to save battery consumption and data usage. However, this introduced tricky issues with certain basic phone functions. So, he had to revert and enable some Goo$mon services.

As a result, Jack is one step backward on his mission to avoid the Big Five. Currently, he is hoping that more phone choices be available; then, he can replace his Androwi:d phone and get out of the Goo$mon kingdom. In particular, he is watching the development of more independent cell phone platforms, such as Sailfish. But it may take a while.

Finally, if you know how to help Jack cut Androwi:d shorter (if not completely), he would like to know. And, if you can share your story about leaving App$mon, and/or Face$mon (not discussed here), please consider doing so somewhere. In the end, if monsters can’t feed, they may well behave more decently. And, Jack imagines, bad-mannered monsters would be defeated by well-behaved ones.