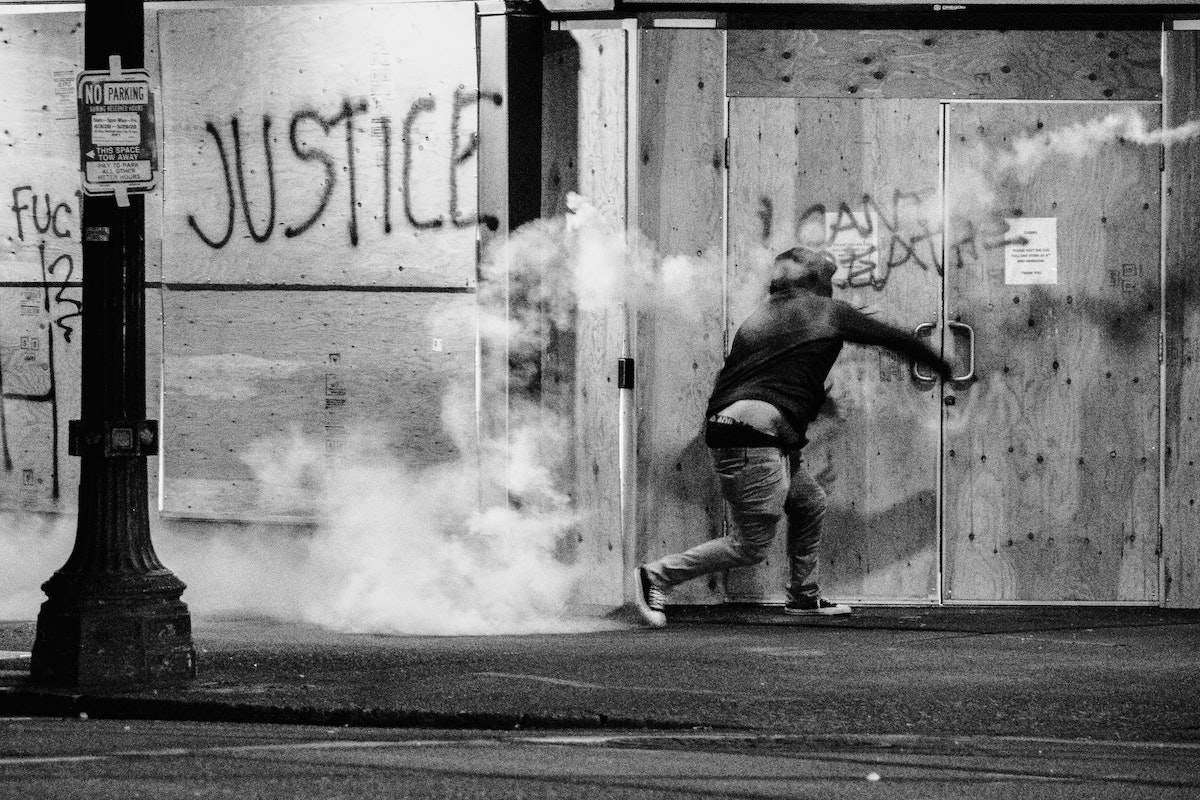 I toss the broken-ribbed umbrella aside,
wash my hands in the stripping rain.
Mountains that range the middle valley
rumble thunder through the red night eclipse.
Ferry’s evening run rocks,
choppy with its militia load,
battle ensigns ripping in the squall.
The river wants the storm.

The truth of a train is
its whistle in the morning,
the distance from home.
Pulling my black hoodie to obscure,
I wind a red scarf to the left, ride
my anarchist bike as the squad assembles.
A shirt bunched in the street
bears marks from ambulance care,
from bumper and rolling tire.
A flag bandanna, a cracked bat tumble,
snagged in the rolling gutter stream.

As I falter into autumn’s draw, I see
what it doesn’t disclose, it displaces.
The dutiful discourage what they fear.
Their debate ends, the loss dismissed.
Choices you earn struggle back around:
I’ll take the challenge, match
cruelty with contempt,
Christ-belligerence with scorn.
I wash my hands in the stripping rain.
Disease dies with a scourging.