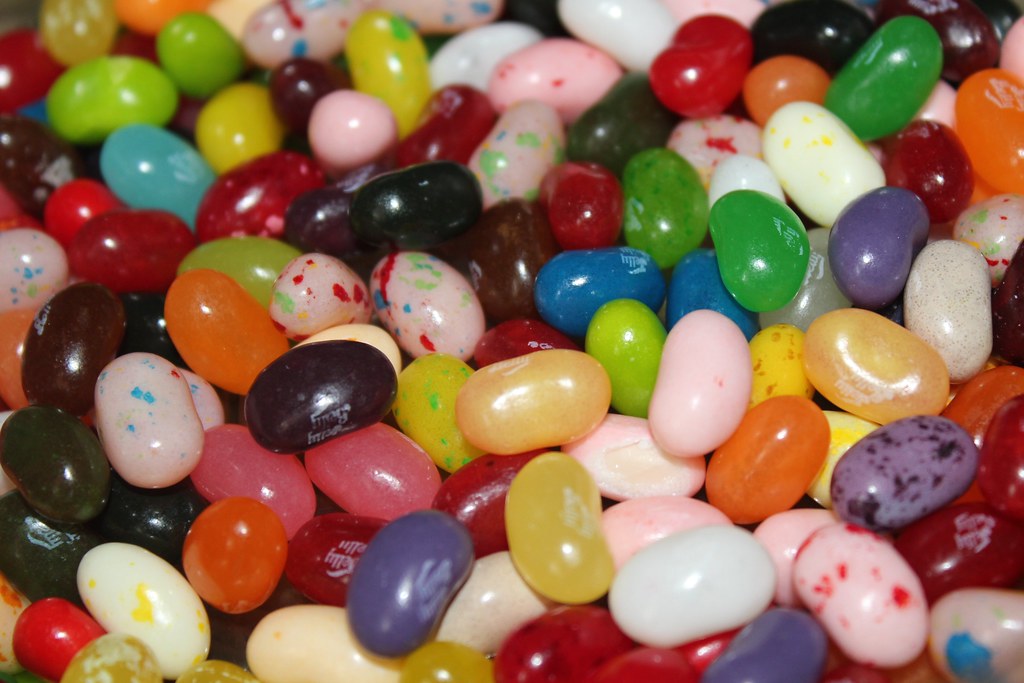 For my 21st birthday
I went to see Frank Sinatra in Las Vegas.
On purpose. Because I wanted to.
Perhaps I should explain…
I was working in the accounting department
of Hartfield-Zody’s.
I actually had to join the
International Ladies’ Garment Workers Union
to get this gig.
$4.35 an hour.
Our supervisor always had the AM
Top 40 radio on.
This was the era of
“The Piña Colada Song” & “On & ON”
(Note to millennials—don’t ask, you don’t want to know.)
But suddenly one morning,
there was Frank Sinatra singing
“New York, New York” and I think
“My, what a charming little anachronism
to break up the monotony of this
studio-manufactured pop drivel that
passes for rock and roll these days.”
And the song was, like, ‘okay’—maybe a little corny—
until it came to the finale—you know,
the part that goes
“These little town blues are melting away
I wanna be a brand new part of it, in old New York
AAAAAAAAANNN
NNNNNNNNNNNNNNDDD
DDDDDDDDDDDDDDDDDUHHHHHHH…….

That note! That last one right there.
I lived in Los Angeles in 1979,
with the advent of the Germs, X,
the Flesheaters, the Screamers,
Dead Kennedys, the Bags, Flipper
And there is not a noise that those bands made
that is more punk rock
than that glissando.
That note was the sound of someone
So beyond giving a fuck
that Zen looked neurotic in comparison.
It was the roar of a river of phlegm
Bearing the detritus of 5000 years of civilization—
An arid, dusty hairball coughed out
of the windpipe of a sarcophagus from
the Valley of Kings into the Upper Nile
that traveled 20,000 leagues through
Time and Space until it ended its life
as a million tons of sludge
wallowing in the basin of
the Mississippi Delta.
I lived for that sound—
its periodic appearance was the only thing
that got me through my day
as I sat at my desk punching
endless columns of figures representing
yesterday’s doily sale into my 10-key calculator.
And when I learned Frank was once again
coming out of one of his ‘retirements’
to play a week in Vegas,
I thought “That’s swell that he’s still working
and not living as a social security leech
riding on the back of my tax dollars,”
and that was that. The shows, of course,
sold out in nanoseconds.

But then, my Uncle Jim and Aunt Jan from back East
came to visit my girlfriend and me in our
seedy but not blatantly squalid Culver City apartment.
Jim was out on business,
being a fairly high-placed executive for the
Dupont Corporation, and no doubt
one of the purposes of their appearance
was to confirm to my mother back in Rochester
that I was indeed a junkie, because why else
would I have dropped out of Syracuse University
and traveled 3000 miles to become a
World Famous Folksinger?
In an effort to keep the awkward conversation going,
I mentioned my “New York, New York” obsession,
And Jim said—
“I can get you tickets to that.
Ed in Public Relations has them.
The company always buys blocks of tickets
to these shows to
wine and dine visiting dignitaries.”
Fast forward a month, and there we sit,
as if in a dream, on the floor of the
main showroom of Caesar’s Palace.
Which was not quite how I had envisioned it.
Imagine your high school cafeteria
decked out for the senior prom—long folding tables
placed in rows, covered with cheap white linen,
in the middle of every table a floral arrangement
prepared by the Home Ec department.
Now imagine your high school cafeteria
is the size of three-quarters of a football field.
That was Caesar’s Palace. And there we were,
like transfer students on our lunch break
first day at the new school, sitting with
a bunch of strangers who all seemed
to have something in common.
Middle-aged couples. FRANK’S PEOPLE.
They came from all over—Hoboken, Beverly Hills,
Newark, Steubenville, Miami Beach, Decatur,
where the guys no doubt were
appliance store owners, insurance salesmen,
building contractors, used car dealers, Teamster
Union reps—all of which were elaborate fronts
for what I assumed was their actual true profession—
Mafia Hit Men.
They were all wearing variations of Vegas Casual—
leisure suits or sports jackets, shirts unbuttoned
from the collar enough to allow
a few stubby chest hairs to weave through
the links of gold chains.
The wives, however, had gone all out—
evening gowns, pearls, jewelry—the real stuff, no costume crap.
At least, I’m assuming they were their wives,
but hell, this is Frank.
I mean, it would be like bringing your mistress
To your audience with the Pope.
It’s just NOT DONE.
No, a pilgrimage to Frank is the just
and righteous reward to one’s lawful
and no doubt long-suffering spouse,
the mother to the children,
the nana to the grandkids.
A mistress is who you take
to see Barry Manilow.

But I digress—and to be honest,
one reason that these negative thoughts
are clouding my mind is that
I’m feeling a little paranoid.
Here I was, sitting with folks
30 years my senior, who in my mind
bear an unsettling resemblance to some of
the Ralph Steadman illustrations from
Fear and Loathing in Las Vegas,
And here’s these two kids—back then,
I bore a slight resemblance to the Bob Dylan
picture on “Blonde on Blonde” and Sue,
my girlfriend, looked a bit like
the poet Diane Wakowski as she appeared
on the cover of her book The Motorcycle Diaries,
and however we were dressed
I’m sure it wasn’t “up”—
I must have been wearing jeans, because
I didn’t own any other pants until 1984.
And, despite the fact that the new Frank Sinatra
was my punk rock icon, I suddenly recalled
the story of how, in the early ‘60s,
Glen Campbell was a hot studio musician,
one of the young mavericks, which meant
he must have had hair that barely
touched his collar and
maybe some quarter-inch sideburns,
and Frank walks into the recording studio,
where a whole orchestra is waiting,
scans the room in a glance,
and snarls at the producer
“Who’s the fag on guitar?”
But, as the evening progressed
and security did not come to throw us out
and instead of hostile glances we received
a kind of benign indifference,
I decided that as Fans of Frank
we were all equal in this room,
having paid our 35 dollar tithe to
the Palace of Caesar
(which included 2 cocktails or
a half magnum of cheap champagne)
and thus were bound by the ancient
Greco-Roman Laws of Hospitality.
Maybe later on in the parking lot
we’d get the shit kicked out of us,
but under this roof we were safe for now.
By this time, after a mild fanfare,
The opening act had started.
This was a stand-up comedian
whose only gig was as Frank’s warm-up act.
His job was to let the crowd know
that the show was going to start soon,
and they had 30 minutes to wrap up
their conversations—He did this well,
only failing when it accidentally got
quiet enough to hear one of his jokes.
And then, suddenly—BAM! The Nelson
Riddle Orchestra, in all their bebop-swing glory,
around 800 of them it seemed,
materialized out of thin air—
They must have all been hiding
in an elevator shaft under the carpet—
and Frank comes sauntering onstage
on his 64 year-old legs, snapping his fingers,
grabs the mike with a whipcord flick of the wrist,
and belts out “Come fly with me,
Come fly, let’s fly away”—
And the damndest thing happens.
A couple of hundred women leap to their feet in tandem,
including several at our table, and
RUSH THE STAGE.
And I use the verb ‘rush’ here in its relative sense,
for there was a degree of discrepancy
to the nimbleness of the individual rushers,
but the point is that they all got to
the lip of the stage as quickly as
physical infirmity would allow.
The man across from us looked over the vacant seat
next to him at his companion,
who also sat next to a vacated spot,
took the cigar out of his mouth, and said
“Agnes is always like this when Frank comes to town.”
It may be my imagination after the passage of time,
but I think some women were even screaming ‘FRANKIE’
just like it was bobbysoxer night at the
Paramount on 42nd Street in 1945.
I do remember vividly that
ACTUAL UNDERGARMENTS WERE THROWN ONSTAGE
but I was too far away to
make out what they were—
Garters? Panties? A truss? Depends?
Really there are some things
I’m perfectly happy not to know.
Too soon, the number was over,
and as the women came back to their tables,
some brazen, some sheepish, but all bearing
a faint smile of deep satisfaction,
I had an epiphany—for as we all sat,
reflected in the glow of the stage lights,
the scent of booze, cologne, perfume, and
the musk of finely-aged hormones
brought to life for a fleeting moment
pervading the air, I realized—
This may be what Universal Love looks like—
For here we are, flying together as one
in Cole Porter’s magical, mythical airplane
over a land where we are all
brothers and sisters, fathers and sons,
mothers and daughters,
where hippies and mob bosses
can sit at table in harmony—
A land where Old Blue Eyes and “Rock Lobster”
can play back to back on the same radio station
and no one thinks twice about it.
And I whisper to myself—
“This is it–this is the portal to
the Brave New World.”

It was hard to believe
in less than a year
Ronald Reagan would be elected
by a landslide.