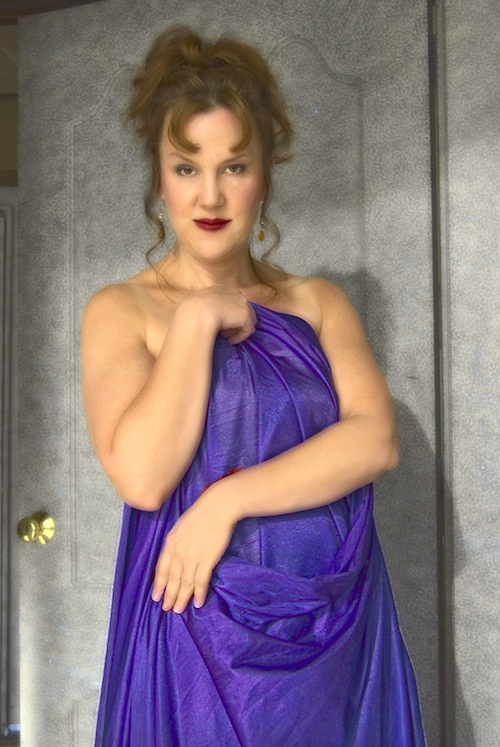 Although the solo performance branch of theater is relatively new, largely unexplored and a fairly mutable genre, there is something to be said about the sturdiness of its building blocks to success: an engaging performer, an interesting premise, and a writer’s knack for spotting and telling a story. When all three of these elements are in place, there are no limits to the kind of stories that could be told in a solo format; and while all three are necessary, a sure hand is able to play with the levels to suit individual needs. Seattle is fortunate to have a good number of those sure hands residing here (e.g. Keira McDonald, K. Brian Neel, Elizabeth Kenny) as well as a bevy of newcomers who are attempting to find their footing.

In the past few months, we’ve seen the return of a couple of solo performers who’ve been away from the scene for an extended period of time. Last December heralded the return of Kevin Joyce’s A Pale and Lovely Place after a ten year absence. January brought us A Short-Term Solution to a Long-Term Problem, David Schmader’s ode to schadenfreude, a piece that leaned heavily on Schmader’s charisma and storytelling abilities and hopefully the first sign that Schmader intends to continue working the field in the years to come. This brings us to Maria Glanz’s remount production of her 2001 piece See Me Naked, which is running at West of Lenin until Saturday evening.

That Glanz chose Naked to use as the vehicle with which to return to the field is interesting; at the time of its original production, Glanz had just come off of a two year period where she was performing her previous solo show Pu’uhonua (place of refuge), which was a hit at the Seattle Fringe Festival and Bumbershoot. Pu’uhonua was an intricate little tale told from the point of view of an isolated woman who falls in love with a prisoner in the nearby Japanese internment camp. See Me Naked is seemingly a response to that intricate nature, Glanz’s attempt to create a work that was every bit as straightforward as its title implied; she succeeded and the gentle, non-threatening piece went on to win awards at the 2001 Seattle Fringe and on the Canadian Fringe circuit. The remount production allows us to see what it was that caught the public imagination.

Naked is almost brazen in its simplicity: The title serves as a winking come on, luring and lulling the audience with the promise of some skin. The lights dim, a drummer (Ron Carnell) enters and begins a vamp on the set onstage. Eventually, our protagonist (clearly nervous, but game to go through with the proceedings) begins a comical and faltering burlesque number, and then she balks due to insecurities about her body image, and the play begins in earnest.

What follows is a game of “Will She or Won’t She?” as the narrator banters with the drummer, milks humor out of the lengths she’ll go to to avoid undressing publicly and directly addresses the audience with odd bits of trivia — all designed to gently question our assumptions and prejudices around public nudity. Particularly effective is a section dedicated to the writings of a British knight debating the differences between the words “naked” and “nude.” As he pontificates on the aspects of the female anatomy that we do and don’t appreciate, the extent that we recognize how embedded these presumptive qualities are in our minds may lead some to wonder just why that is for just long enough to make an impression before the narrator is off on some other tangent.

Naked possesses just the slightest hint of a story, which slowly emerges, nearly undetected, amid the numerous diversionary tactics employed by the narrator. There really isn’t much to the story, which gives the evening a sense of so much wheel spinning before getting to the end. A good part of that feeling is built naturally into the show, our heroine is debating whether to go through with it, after all. Another saving grace is the fact that once we understand what it is that has driven her to this point, it makes perfect sense that she has decided to stand in front of a bunch of strangers to get undressed, assuming she goes through with it. Either way, it’s hard to disagree with the narrator, that maybe there’s no such thing as a perfect body, and there’s nothing wrong and everything to be celebrated about seeing a naked one, although it may not necessarily be hers.

In the wrong hands, this could come across as so much privileged whinging (something that’s briefly addressed during the performance), but the final saving grace is none other than Glanz herself, who is disarmingly engaging throughout. The further she lets down her guard, the more one ends up rooting for her, and the more at ease (and less voyeuristic) the evening becomes — a very subtle feat. Carnell’s non-plussed presence greatly adds to this easy-going vibe, as well as providing a surprisingly welcome male voice by supplying very straightforward answers to Glanz’s questions, accusations and banter.

Then, the show ends, the lights go down, and the audience leaves after having assumptions questioned, points of view debated and still have experienced a light and pleasant evening. See Me Naked may not change the world in a dramatic fashion, but it achieves what it sets out to do with good natured aplomb.