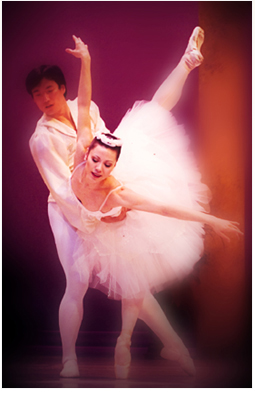 But that little tiny name in faded typeface is actually the most important thing by far on the program. The name is Griffes, Charles Tomlinson Griffes to be exact, and the centerpiece of the evening’s performance is Griffes’ exceptionally rare ballet, The Kairn of Koridwen featuring the Seattle Chamber Players.

Part of the exploration of the Seattle Chamber Players’ American Chamber Dance series aims to revive “rarely performed ballets conceived for chamber ensemble and dancers by maverick American composers.” Drawing critical descriptions of his work as “an astonishing breakthrough” as well as a “modernistic monstrosity” Griffes was certainly a maverick and his ballet certainly qualifies as rarely performed. There is exactly one full recording of it and one excerpt (to my knowledge) in the past ninety-five years. By comparison even John Alden Carpenter’s Krazy Kat would seem a regular ballet repertory item. After Griffes died in 1920 the score for The Kairn of Koridwen fell into a scattered disrepair and only forty-five years later did a complete version circulate through the Free Library of Philadelphia.

There are many reasons for the piece’s unjust obscurity. The primary one is that few groups have either enough ambition or endurance to perform it. The Kairn of Koridwen was composed in a style somewhere between pantonality and Orientalism in a style that Griffes admirer Lazare Saminsky referred to as “synthetic tonality.” Additionally, the score as published by Kallisti is over four hundred pages long yet scored only for a flute, two clarinets, two horns, celesta, harp and piano–not a single traditional string instrument in the grouping. Griffes’s unusual orchestration is extremely colorful and filled with surprising sonorities, not unlike the music of Carlos Chavez in that sense. His ballet music is as far from the effeminate ballet music of Tchaikovsky as his Three Poems is from Tchaikovsky’s “None but the Lonely Heart.”

This is not to say it is not beautiful. It is most definitely beautiful music: eerie, exotic, alien–just like the legend from which it is taken. (If your French is good, you may read the original legend as told by musicologist Edouard Schuré here, pp. 142-154.) Nevertheless with its eccentric orchestration, economy of means and intensity of duration, it poses a fifty-minute challenge for any group that might undertake it.

Such challenges are the very lifeblood of the Seattle Chamber Players. They have recently performed two versions of Jean Cocteau’s Marriage at the Eiffel Tower, one version by Lou Harrison, the second a collective effort of Henry Cowell, George McKay and John Cage, both choreographed (and both commissioned) initially by Cornish College’s Bonnie Bird. Beyond their recent dance work, their repertoire and recordings easily establishes their spirit of adventure and willingness to push music beyond traditional notions: consider, for instance, their commissioned work by Trimpin, For Solo Flute, 8 Pottery Wheels and Assorted Vinyls. They are an excellent musical choice to perform such a wonderful piece.

The Olympic Ballet Theatre, too, are a company whose star is rising. They have always shown an interest in the theatrical side of dance and The Kairn of Koridwen would benefit from a theatrical approach. The performances of theirs I have seen indicate, behind their conservative appearance, that artistic directors Oleg Gorboulev and Mara Vinson, both former Pacific Northwest Ballet principal dancers, are interested in exploring a repertory quite different from the run-of-the-mill and approach the stage with a respect for tradition but also a desire to push forward. I encourage such things, of course, and I will be extremely happy if they do indeed pursue this path thoroughly. Working with the Seattle Chamber Players is a fine start.