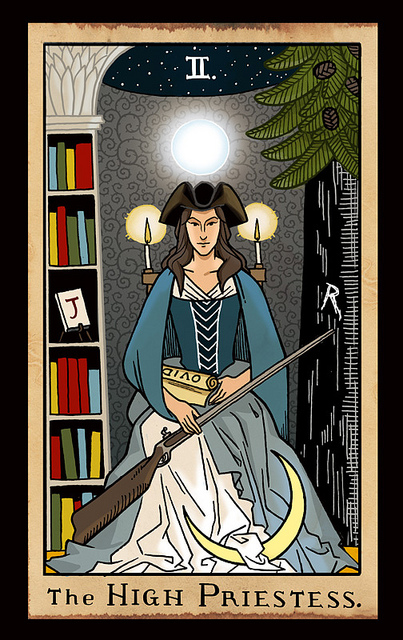 [/media-credit]The interesting question arose at the webcomics panel at the Henry Art Gallery in March: “How do you find all this stuff?” The question was sincere. I believe the woman who asked it genuinely wished to know more about webcomics. Between the five artists on the panel, the best answer they could manage was “Word of mouth, definitely.” Then they began to cite how the most powerful advertising in the world is “word of mouth” and how they personally encountered the material they read most often by someone’s recommendation. Word of mouth is omnipotent. Power to the people. Democracy, rah rah rah.

While this sounds like a good marketing strategy, for any new reader it is unsatisfactory. The answer “word of mouth” simply raises more questions. For instance: whose mouth?

If one wants news, one goes to a newspaper or magazine or online journal. Consider Iran. If one wants to know what’s happening in Iran, one can find a hundred sources online and in print. But arts and culture in America are rarely considered news, particularly renegade arts like comix and audio drama. If one wants to find out what is happening in the world of audio drama or comix or even the latest developments in world theater by reading Yahoo! News or listening to NPR or watching MSNBC–good luck.

That is really the essence of the question. Not, “How does one find all this stuff?” but rather, “Whom do I talk to find out what’s going on?” Behind this question is another one: “Whom should I trust to steer me right?” Saying “word of mouth” merely begs the question.

People in the comix industry as well as other artists clearly have no idea of the value or purpose of these questions. Witness Aaron Diaz on Twitter:

“Do people still have sites that review webcomics, or was that just in 2005? I still can’t imagine the function. It’s not like a movie. With movies, books and other products that require time and money to consume, webcomics are free and require no ‘gatekeeper’ to give stars. Someone asked me if it was a good idea to start one. I said no, because it takes longer to read a review than to form your own opinion. It’s one thing to deconstruct art or write about comic theory, that’s great, but the notion of a ‘reviewer’ of a free medium is laughable. A reviewer of amateur art, mind you, for the most part.”

Beyond the hipster snark and sarcastic implication that 2005 is somehow the distant past–after all, all history begins on one’s own birthdate, of course–why would the function of reviewing anything change simply because seven years have passed? What could possibly be time-based about such a craft? Graham Greene’s reviews of Shirley Temple films are no less pertinent now than they were then. Manny Farber’s reviews of film noir remain relevant as knowledge. Parker Tyler’s study of American Underground Film is still useful. University classes in critical writing remain built upon Aristotle’s Poetics, Horace’s Ars Poetica and Sir Philip Sidney’s Apology for Poetry, or The Defence of Poesy, even though those writers had the misfortune to be born in a time more than seven years before Mr. Diaz’ birth.

“It’s not like a movie. With movies, books and other products that require time and money to consume…”

And yet, how is “consuming” comics not like “consuming” a movie? Time is time, and webcomics, though they are usually free, still require time, which is far more precious than money in the glut of the internet rubbish receptacle. Searching with Google one will find “About 5,810,000 results” for webcomics. Now try sifting through those listings at a rate of 30 a minute, add in another two minutes per each site for a casual survey and see if it will be possible in the next decade to complete that task before winding up in the psych ward.

Pedagogically let us narrow this number down to something much more specific via a search directory service. There are as I write this 19,700 comics or so on the Webcomics List and I would surmise at least a third as many more that are not. At the rate of 120 seconds to survey each of them in sequence, this would total a little over 27 days of absolutely continuous reading, which is, of course physically impossible. The reality is that it would be at least six months of dedicated research at 6 hours a day. Does Mr. Diaz himself have this sort of time? Surely not. He works, as most of us in the industrial world do. Which then leads us to this:

“It takes longer to read a review than to form your own opinion.”

Does it not occur to him that there is actually a craft to reviewing that is no less edifying, no less demanding than art itself? Surely even Mr. Diaz can tell the difference between The Comics Journal and Wizard Magazine, or Heidi MacDonald’s The Beat and the absurdity that is Spinoff Online? And is it not equally possible that “to deconstruct art or write about comic theory” (of which Mr. Diaz approves) is sizably related to the much less academic approach to criticism in which someone simply approaches a work honestly, trying to understand and interpret it? Since when did simple explication become the province of post-structuralist academes?

But the most galling is the snide comment that most webcomics are “amateur art” and therefore–well, what? This is a defense of sheer bunk. Webcomics are public by their virtue of being published in the web of the Internet. As publicly available work they are subject to public scrutiny by definition. Should they receive a different set of standards simply because they proclaim their amateurism? I think not. Why not, then, just say one’s work deserves to be treated differently because the author is only fourteen, or female, or Black, or gay, or left-handed? Let the equivocation begin.

It is not the right of artists, amateur or not, to control the terms and tone of public discussion about their works. Once something is published, the same standards for discussion apply to all. Context affects interpretation, certainly, but enforcing a context of the artist’s own choosing is farcical.

What Mr. Diaz and others seem to believe about “reviews” is that the purpose of a review is simply to provide a path to consumption, a Zagat Guide rating how much a webcomic is worth in terms of time, money and “stars.” It does not occur to people who believe this that reviews might have another purpose entirely: to sort the dross from the gold, to restore reputations to those who have been ignored unfairly, to debunk the reputations of the middlebrow who have been lauded unfairly, to create a historical record of the art as practiced and not as theorized, to preserve that which is best in art and to discuss the very nature of artistic evaluation.

I do not hold artists like Mr. Diaz responsible for not knowing this. The blame surely rests on the shoulders of the reviewers who have, in the main, been so dismal that they cannot provoke intelligent discussion by intelligent people. Most writers on comix are no different from most writers on film and theater. They are content to regurgitate emotional responses and tell the laity that “everyone knows” the critic’s emotional epiphany is somehow better than the stock responses of the hoi polloi–I mean, after all, don’t critics know it all? Don’t they hold the keys to the kingdom of knowledge and heaven? To the extent a reviewer believes this, Mr. Diaz is surely right: one is wasting time by thinking the critic’s impressionistic drivel is any better than one’s own.

But is that truly what the person asking whether she should start a review blog really intends to do? I doubt it. More likely, he was asking something like “Do you think there are enough good sources of information on webcomics that are convenient for an audience, or do you think I can do a better job providing people with my knowledge and guidance to help them find what they want and give them ideas to consider?”

If I am right, then Mr. Diaz’ answer is a great disservice. There is no such thing as enough good sources of information, particularly on the incredibly diffuse web. It is not an issue of becoming a gatekeeper. No one could possibly keep up with all the webcomics being made and secretly hoard the knowledge the way an art collector might hoard Francis Bacon works on paper; there is no gatekeeper when there is no house behind the gate. Being a good critic of comics is much more an issue of becoming a gardener. The landscape has overgrown with weeds and needs tending. As readers and writers we need to pull the weeds so that the flowers and the fruit may grow.

A better answer to the woman’s question that started this entire rumination might have been: “Well, talk to someone you know who is really into comics. If you don’t know anyone–most people don’t–try poking around the OhNoRobot webcomics search engine, or read The Webcomic Overlook, or Websnark, or Fleen. A lot of it’s garbage but at least it’ll get you started. Sometimes you might even get good things from The Comics Journal or even Comic Book Resources. Find something that matches your interest and always be on the lookout for fresh, new voices.”

But perhaps in our much more enlightened age it is so much simpler to say to her, “What, you don’t already know? To hell with you, then.” Because that always pays good dividends. Even seven years later. And, of course, ensures that the artist themselves are the “gatekeepers” to the world of webcomics. Given that many artists’ belief seems to be that this is ideal, I can hardly imagine why anyone would they would have it any other way.