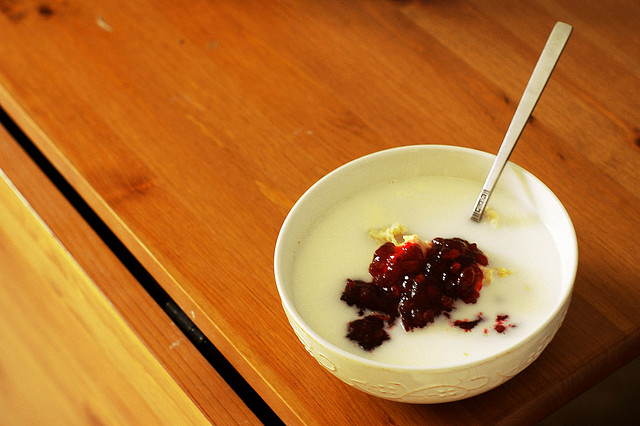 [/media-credit]
from the novel Affair

Downstairs, he pours himself more coffee from the pot he made yesterday and heats it up in the microwave. The coffee comes out hot, thanks to microwaves. Very small waves energizing, exciting, vibrating, accelerating, colliding, rubbing molecule against molecule, creating heat. At least that’s his idea.

He shepherds the boys through the bathroom. The bathroom as a verb. No, a noun but not a person place or thing: a process. Shepherd is too strong a word. Perhaps that is what he used to do when they were as young as Lilly; they were all as young as Lilly. Now Allen is ten and that means Lee is eight, and in general that means they use the bathroom when they need to without their father’s involvement. No more clapping, cheering, highfiveing when they poop in the toilet. There’s been some issues with Ulster and the toilet; he’s a little OCD about it in a negative going-to-pretend-it-doesn’t-exist-and-instead-piss-myself-silly way. But he’s growing out of it. He must be about five. He’s in kindergarten and all that. They thought he would be the last, which would’ve meant three boys and no Lilly. But that wasn’t meant to be, so it is not. He and Mary have a good physical relationship.

They think Lilly will be the last. They pray so. He doesn’t pray, but he does use action verbs that are approximately true. He does inveigh in his mind, “One day, diapers nevermore,” as he diapers Lilly, which is not a task he much minds though it is easy to inveigh against. Diapering is a doable task. He does it. Done, until the next.

The boys have shepherded themselves through the bathroom and Allen and Lee have even dressed themselves in clothes. He tries to set Lilly down. She cries and claws and clambers up him, a monkey. Carrying Lilly, he goes upstairs and fetches clothing for Ulster, who sits naked on the vent register venting forced hot air. The house recovers from the cold night. Mary is in the shower. Lilly says, “Mom.” She releases him and goes corpse limp like a greased toddler and raises her arms straight up like a mouse disjointing its shoulder to squirm through a hole smaller than its body but he holds on. She couldn’t push her big head past her mother’s cervix but she is learning. She pushes and hits and screams. He holds on. Mary does not need a monkey dangling from her breast in the shower. She needs to get ready for school, no matter what either want.

He clutches this howling beast whose DNA is so closely related to human’s and checks Ulster’s bed. Sometimes it contains urine, urine from Ulster. He looks and feels for a large wet spot on the fitted sheet. The spots used to have a smaller surface area, but a greater unseen depth as the urine soaked into the mattress. Then they bought or were given, he hopes given, an impermeable plastic pad to fit to the mattress below the sheet, almost eliminating the urine’s depth, though not its volume, so there was a concomitant increase in surface area of the dark spot. Tradeoffs. This is a good morning; there is no dark spot in Ulster’s bed, nor any of the repercussions.

He takes downstairs a plaid shirt and striped pants and dinosaured socks for Ulster. Ulster puts them on, just like that. His bum must be very warm. He says No once, but then he puts them on. Like without a fight. Which may be to be alone in the bathroom again without his father and his father’s howler monkey, but it is not a fight.

The Author makes oatmeal by boiling salted water and then adding oats, which is how everybody makes oatmeal. Lilly wails for This this this and That that that object either on the counter or in some metaphysical space he’d like to go to too, with her even, but he can’t see it and he doesn’t know where it is or how to get there or how to provide her with its contents or how to teach her to go there herself to get what she needs, and nothing on the counter, not yesterday’s mail not nutmeg not a spoon not the tea kettle not a banana peel from two days ago not the milk that didn’t get put away last night not the cayenne or the scissors or the serrated knife or the meat thermometer will silence her or even provide a hint that he is warming to the meaning of This or That. He gives her raisins he will see on the other end. She quiets. Oats, sugar, raisins, cinnamon, nutmeg, sunflower seeds, oatmeal. Ulster emerges, still technically clothed, from the bathroom. Lee and Allen are doing godknowswhat godknowswhere godknowswhy.

But they appear when he sets their laden bowls atop the table. All four of his children eat heartily and hardly speak and certainly do not yell No or Yes at each other or throw a spoon or steal each other’s raisins or get up and down from the table seventeen times between bites or drink his juice. His orange juice is with him in the kitchen as they eat and he makes their lunches. PB&J for the lot. A clockwork morning. A good morning. Apples for the lot. They barely giggle or converse at all, and not a single whine. Not a solitary tear. No, they eat at the kitchen table.

Mary comes downstairs cleansed and dressed professionally, more than professionally, attractively, because that is what she is, attractive. That is not all she is, but she is that; she can’t help it. He can’t help it; he only thinks of one thing when he sees her in a skirt, even a calf-length skirt, and that is what’s inside it. Her knees for one, but he doesn’t think of her knees. He doesn’t think of any parts; he doesn’t think at all. It’s an urge. He fights the urge. He doesn’t have to fight the urge; they have four children and they’re all in the room. Eating. He squeezes her right cheek and kisses her other right cheek and that is that, no time for that, things to do, clockwork to school for all except he and Lilly.

They have no money for childcare, but they’re all in school but for Lilly and she is the last. He’s been snipped. Did Mary get her tubes tied too? She asked for it, when the doctors went in through her belly to pull out Lilly, but that had been a royal mess and he wasn’t and isn’t quite sure it happened, and neither was Mary; she hadn’t been paying attention. And it became as time skittered by a thing they did not talk about. So he got snipped.

Mary eats standing up with the Author. Nobody talks. It’s brilliant. It’s some sort of schoolday. Tuesday, Wednesday, Thursday. A midweek schoolday. He believes on this day he may be able to work, to write, with Lilly at home. He eats in the kitchen with them all there even though breakfast with others is a kind of hell so he can get right to work when they leave.

They finish eating. They don’t leave.

The boys get down from the table. Ulster asks the Author if he’ll read a book to him. He says he can’t because you have to go and I have to prepare you. Ulster finds the toy trumpet and plays. Allen to the miniature drums and Lee to the real harmonica and Lilly on vocals.

He stands in the kitchen, waiting. Mary brushes her hair in the bathroom mirror.

He goes to the bathroom upstairs. He does his business. He comes downstairs.

Mary is finished brushing her hair. She unloads the dishwasher.

Do you have to do that? he says.

Do you have to do that? she says.

Don’t you have somewhere you need to be?

I’m ignoring you. I have like fifteen minutes. Lilly woke up early.

I know you know. I know. I know how many times she woke up last night. I know I kept her asleep on the boob until 6:30, when I wanted my boob back. I know I like to spend a few minutes relaxing with my family before I go to work. Don’t you?

I need to nurse Lilly before I go.