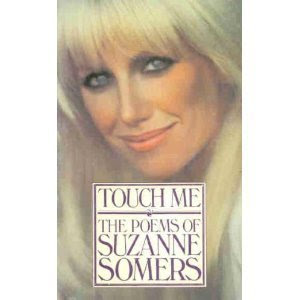 Yesterday evening while you may have been relaxing at the beach, or sipping a chilly margarita on some shady porch, I was helping the children. Well, actually I was perspiring my face off in the sweaty JewelBox Theatre at the Rendezvous, and laughing at the unfortunate choices some celebrities have made–both in life and in word usage. Though the one giant fan in the corner was hardly enough to abate the broiling air, Trainwreck: A Celebration of Bad Celebrity Memoir was well worth any discomfort. And with a percentage of proceeds from the cover charge and book sales going to 826 Seattle and Powerful Schools, I’ve never felt so good about mockin’ and drinkin’.

Here’s how the evening worked: Master of Ceremonies Brian McGuigan (both of Richard Hugo House and of the awesome New York accent) drew two terrible books from a box on stage, and the audience cheered for which one was more terrible and should be chosen for the writer. After all of the writers had a read a passage from various terrible books (all chosen the same way) the audience selected the two favorites, who then had a final death round, which involved Suzanne Somers, poetry, and the final prize: The Golden Thighmaster.

The first author, Kevin Emerson, started things off with Ted Nugent’s memoir, God, Guns & Rock’N’Roll. I don’t know if mere words can truly capture the horror of Nugent expounding on his life fighting crime, and I’m sure he had no idea how explicitly sexual his descriptions of said “criminals” would come off–but one more word about their “rippling, beefy muscles” and I was going to upchuck my orange champagne cocktail (the proceeds of which were also going to help the children, by the way).

While Emerson was loud and commanding as Nugent, Seattle writer Laurie Frankel took a more gentle approach to Valerie Bertinelli’s memoir, a book so poorly written the passage has already escaped my mind–except for something having to do with Warren Beatty, showers and her finally feeling like a woman. Ew.

Peter Mountford (author of A Young Man’s Guide to Late Capitalism) was then up, reading from Tori Spelling’s memoir, sTORI TELLING­, filled with sordid tales of 90210 hook-ups and break-ups–and leading us quite appropriately into a quick break and then to the drinking game.

The drinking game involved Richie Sambora’s memoir and the number of times he managed to use the words “awesome” and “dick”. Jarrett Middleton, Editor in Chief of Dark Coast Press, ran out of beer halfway through reading the passage from Sambora’s book–if that gives any indication of the quality of book we were dealing with.

Cienna Madrid of The Stranger followed with Jose Canseco’s book and his thrilling tales of not sleeping with Madonna, even though she wanted to “hang out or get married”. Yes, almost those exact words were written. And her hilarious passage was trailed by the final reading from Tila Tequila’s memoir, Hooking Up with Tila Tequila: A Guide to Love, Fame, Happiness, Success, and Being the Life of the Party. Writer Sean Beaudoin read from Tila’s memoir, and was actually able to get that first line out of his mouth, “I’m a squirter”, for which he will forever have my sympathy, and for which Tila will forever have my disgust.

Continuing on with the theme of over-sharing, the two finalists (Kevin Emerson and Sean Beaudoin) each read a poem from Suzanne Somers’ poetry book, Touch Me, with Kevin’s focusing on the complex world of an organic lifestyle, and Sean’s delving into her two week love affair with a man she doesn’t recall. And though it was close, Sean Beaudoin took the gold…errrr…Thighmaster.

After Brian McGuigan successfully auctioned off the remainder of the memoirs to the audience members (with proceeds going to the children of course), it was pretty evident that everyone’s specialty champagne cocktail, “The Thighmaster,” had kicked in and that this was undoubtedly the most fun anyone had had with a terrible book in a long time.

Bottom line: Seattle lit events come in a variety of incarnations. Sometimes you’re quietly sitting, observing, absorbing; other times you’re crammed into a small room perspiring with strangers, snorting with laughter, and drunk–and as long as it’s for the children, it’s all alright.