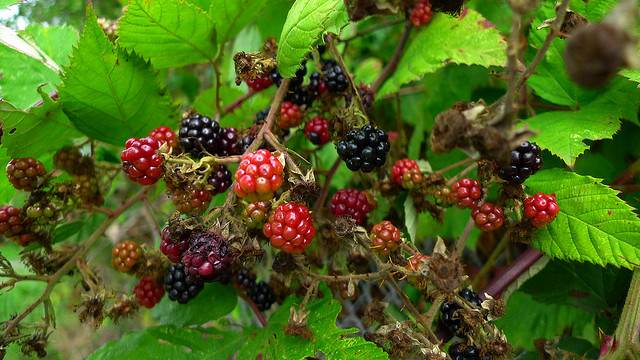 Welcome to the Star’s new Food section. Here you will find things about food: where to get it, how to make it, the politics of it, and a challenge to the perception that food is something one purchases rather than something one grows and finds for free all over the world.

The New York Times probably started the thing where food sections are almost entirely devoted to restaurant reviews. It remains a mystery why so many cities compare themselves to New York instead of just digging being themselves, but sums are made up of parts, so there’s that.

In any case, there was a time when people were happy living where they lived instead of pretending to be exactly like a city at the center of the universe, and just wrote about food. No one’s knocking restaurants or even snootsville restaurant reviewers droning disdainfully on about Kobe beef medallions ensconced in paper thin bacon lattice with a white truffle finish draped in diamond powder encrusted gold leaf or some other food item accessible and interesting to 25 people–all of whom you would probably enjoy farting on more than eating with.

Restaurants are great. From trashy to opulent, scenes of profound joy and indignant outrage take place in restaurants the world over every moment of every day. Restaurants are filled with drama, intrigue, atmosphere and sometimes stellar performances. As such, our restaurant reviews will be found in the theater section.

This is about food.

One of our philosophies on food can be found in the question:

Why are blackberries sold in Seattle grocery stores?

If you lined up every single breath taken by your average person in an average summer season, and then multiplied those breaths by the number of people living in this city, you could place a blackberry next to each breath and still not have enough breaths to account for the entire blackberry population.

So in what strange world does it make sense to pass 792 old-growth blackberry forests on your way to the grocery store where you fork over four dollars of your hard-earned cash on a pint of blackberries shipped in from China two weeks ago?

There was a fine lady who tripped on her toes.
She wore fancy shoes with ribbons and bows.
Her right jaunty gait was riddled with worry;
It was ever so hard when she had to hurry.
So she went to the doctor, paid an onerous sum;
He chopped off her toes and then she had none.

Our target audience are not foodies or chefs or gardeners, though we love you and worship at the same altar. We’re interested in appealing to people who eat out a lot, who stalk the deli section at QFC, who say they “can’t cook” as they pop a Pizza Pocket in the microwave, who think nothing of basing a diet on nutrition sourced thousands of miles away–or, indeed, who purchase blackberries.

For those of you who go to PCC to buy mint, rosemary, apples, plums and pears when you live in Mt. Baker or Beacon Hill.

For those of you who walk past Carkeek Park wondering what that tall plant is that smells like licorice.

For those of you who buy winter centerpieces in an area teeming with bumblebee-sized red berry holly bushes and a veritable melting pot of conifer life, this section is for you.

Further updates as they develop.

(P.S. Blackberries will be coming up in a few weeks. Start planning now. You need a plank, some thin garden gloves if yer a wuss, a bowl or bucket and one sunny afternoon. After picking everything in the front, lay down the plank in the bramble to create a walkway leading to the morbidly obese berries in the back. Freeze them in double ziplock bags so you can have blackberry pancakes in the dead of winter.)