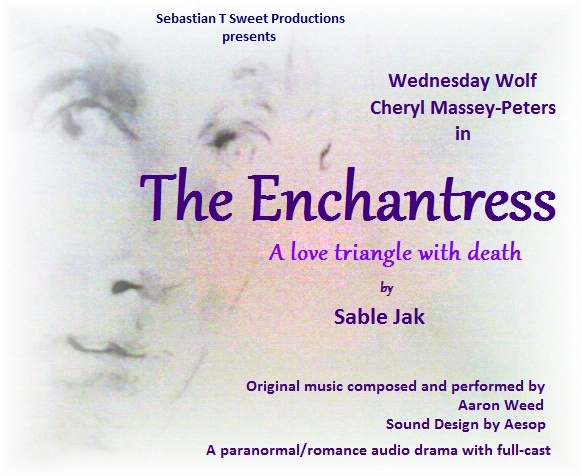 Seattle has always been a radio city. At its peak, Seattle was one of the top five radio markets in the country, despite being only the country’s 25th largest city. Seattle has also been known for its offbeat sense of radio’s potential. It is not by accident that the renowned Dr. Demento Show chose Seattle for its first syndicated broadcast on KZOK in July 1974, even modifying their playlist to add three songs of local interest: “Grand Coulee Dam” by Lonnie Donegan; “Go See Seattle” by Ted Weems; and “Mention My Name in Seattle” by the legendary Stan Boreson. Even earlier in 1972, Jim French had begun his new series Theatre of the Mind on KVI, followed closely by Seattle’s KIRO beginning its broadcast of the newly-revived CBS Mystery Radio Theater.

It should surprise no one then that Seattle still remains a vital home for audio drama and dramatists. Jim French, of course, still produces his Imagination Theater here and Julie Hoverson leads the modern audio drama movement with her award-winning podcast series, 19 Nocturne Boulevard.

Somewhere between these two poles of the modern audio drama movement lies the career of Sable Jak. Not only is she author of Writing the Fantasy Film, Sable Jak works with Jim French’s Imagination Theater as a writer of Movies for Your Mind and The Harry Nile Mysteries and also runs her own Sebastian T. Sweet Productions, where she has created brilliant work like The Amber Room Hunters, An Elemental Horror, and most recently, The Bloody Rosary.

In spite of her neglect locally, she has many, many fans across the country. Jack Ward of The Sonic Society says, “Sable Jak is one of the best writers in modern audio theatre out there” and many people share the opinion, particularly those at the Moondance Film Festival. Moondance Film Festival loves Sable Jak. In the past three years, Ms. Jak has been a finalist for best radio script, won the Spirit of Moondance Award and now this year won the prize for Best Radio Drama Script for her story, The Enchantress.

Sable Jak also interviewed your truly for her internet radio show, “Canapes of Life,” when The Seattle Star was a very young journal. I figured it was time to put the shoe on the other foot and interview her. The lovely Ms. Jak agreed and met me at Broadway’s Café Kanape–where else?–bringing with her the two lead actors from The Enchantress, Wednesday Wolf and Cheryl Massey-Peters.
***

[/media-credit]
Parking is surprisingly good for Capitol Hill. I’ve already told Sable Jak I’ll a bit late for the interview, since I forgot to put gas in my car before I left, and she’s very understanding. I walk up Roy Street a bit to the crazy corner of Broadway and Roy to head to the Café Kanape. Sitting out front of the bistro, elegant as ever sits Sable Jak, gregariously chatting with a dashing young man in sunglasses and a woman about my age. The man I know: Wednesday Wolf and I were both subjects of Sable Jak’s radio show “Canapes of Life.” The tall, elegant woman in the hat I do not know.

Sable spots me walking through the gate and comes up to embrace me. She is slightly short, dark-haired with penetrating eyes, with gentle laugh lines radiating from the corners of her lips. Regardless of her physical stature, she is known as a “tough cookie” in many circles. Myself I have never found her anything but warm and lovely, and today is no exception. She introduces me excitedly to her companions at the table.

“You remember Wednesday Wolf, of course,” she says, “This is Cheryl.”

“Ah, Ms. Massey-Peters,” I declare, “Your charm precedes you.” She laughs and offers me her hand, which I take in custom. As we all sit down, the waitress brings tea to the table. Preferring mine on the strong side, I let it sit and open up my notebook and begin to ask Sable about The Enchantress.

“The Enchantress started actually as a screenplay,” says Ms. Jak. A couple of European producers were interested in it, including a French producer, but upon reading the whole screenplay the producer didn’t like the ending. Ms. Jak offered to change the ending but the producer declined, saying “It is your voice. I would never ask you to change anything to please an audience.”

“That was when I learned the difference between European film production and American films,” laughs Ms. Jak.

Years later, while watching some music videos on television, Ms. Jak saw a French music video with a ghost and a paranormal theme that looked eerily like an adaptation of her script. That experience helped kick the production of the script into high gear, this time for audio.

Casting the female lead was easy. Sable Jak and Cheryl Massey-Peters had known each other for many years, having worked together in the theater in the 1980s on Grease. Ms. Jak had also tapped her for the lead in the acclaimed Phil Byrnes mystery, Debutante in Danger in May of 2000, where Ms. Massey-Peters’ dry Midwestern gallows humor suited her and the role of detective Philomena Byrnes perfectly.

“The Colonial Radio Theatre version missed the humor in the piece. I think the actress they chose for Phil tried to play it too seriously. She didn’t have that deadpan wit that Cheryl brought to the piece,” says Ms. Jak.

“It’s partly because I’m a Midwestern girl myself,” says Ms. Massey-Peters. “I clued in instantly to that kind of humor. And part of it is that my relationship with Sable goes back–what is it now? It was similar with The Enchantress. That character was very easy for me to conjure.”

“Of course. I wrote the part with her in mind,” says Ms. Jak and smiles. “Finding the male lead was another story. It was actually a story in itself.”

She launches into a story about having written the script and letting it sit while she looked for a male lead. She knew the voice she wanted; she just didn’t know who owned the voice. One day, as Ms. Jak relates, she had an eye appointment in the morning and a meeting with a publisher a half-hour thereafter. After her eye appointment, she went to a Starbucks and heard it: the voice she’d been looking for. Wednesday Wolf was serving coffee next to her and she kept making small talk with him just to keep hearing the sound of his voice. So enamored was she that she asked him on the spot, “Have you ever thought of doing radio?”

“I said, ‘No, but I’d like to,'” says Wednesday Wolf. “Which wasn’t completely true. I’d done some radio work at UBC, including some podcast work for classes for when students got sick. Something to keep them up to date on classes–better than just Cliff Notes. So I had some experience. I’d always had a love for OTR classic radio, like Lights Out. And hell, I had played D & D, so acting wasn’t too much of a stretch.”

It is incredibly interesting to listen to The Enchantress with both lead actors’ faces in mind. From listening to it, one would never know that it was Wednesday Wolf’s first production with Sable Jak. Clearly the voice she heard in her head when writing it belonged naturally to her play as much as it did to her new discovery.

[/media-credit]His dark baritone voice with its hint of exoticism creates a Davis Hunter character that contrasts beautifully with Cheryl Massey-Peters and her earthy Noemi Barnes. Ms. Massey-Peters’ voice is very flexible, and can run the range from a working-class scullery maid in the Rebecca Bowen mystery An Elemental Horror, or the mature irony of her role as Phil Byrnes. Here she pitches her voice to be seductive yet still subtle–perfect for the voice of the ethereal ghost whose love for the living music composer Davis Hunter gives him strength to cross over the line of life and death.

“I think Wednesday being a less experienced actor at the time really worked well,” says Ms. Massey-Peters. “A more experienced actor might have brought too much background, too many old habits to what’s essentially a paranormal story. I think the freshness he brought to it was really nice.”

“It was easy, really,” rejoins Mr. Wolf. “Davis doesn’t really change much in the script. He starts out obsessed with music then moves his obsession to a ghost. All classic romances have that kind of flaw, an abusive relationship story at their heart. That’s the popularity behind things like Fifty Shades of Grey. And he’s a bit of an asshole. I can do that real well,” he laughs.

I think he is too hard on his character. Davis Hunter is a man who seems obsessed on some level, yes, but what drives him through the story more than anything else is a genuine love. He has already rejected to world and wishes nothing more than to escape it. Suddenly, the love he finds with Noemi rekindles his love for the only thing else he has ever loved: music. Eventually those two loves fuse together. Once he has said all he can say about love through music, he has nothing left to say about the world he has rejected and the story comes to its sad, yet logical and inevitable conclusion.

“I see him as a man who just doesn’t want to fit. He just plays by his own rules. And it’s also about how nostalgia kills,” says Ms. Jak. One can hardly imagine a more truthful understatement.

Oddly, though the Moondance judges loved the script for The Enchantress, they were disappointed with the production.

“They told me they had really loved the script,” says Ms. Jak, “And then when listening to it they expected it to be ‘more visual.’ I’m not sure how, exactly. Maybe that’s due to its origins as a screenplay. Probably though it’s just because reading the script created very specific images in their heads that I couldn’t possibly match. That’s a strength of radio, but it worked against me here. The lesson I learned from it was never submit the script and then the production in the same category. You can’t possibly match the images in people’s heads.”

I smile and wonder. “Sable Jak’s only serious competition is herself.” It makes an interesting tagline. My tea is a little cooler now. I sit back and sip, while the four of us talk on related matters: about old-time radio revivals, future Kickstarter campaigns, Wednesday Wolf’s illustrations and possible comic book for An Elemental Horror, and the original love of all four people at the table: the stage. There are so many things to talk about with such interesting people. Mostly, though, the conversation confirms what I have always thought: my city has such a wealth of genius and an embarassment of riches that simply walk straight on by most people while their heads are always turned toward somewhere they are not. The grass is greener somewhere, as it always is. But the grass here is plenty green–greener even than the envy that non-Seattleites have every time I sit down with someone as marvelous as Sable Jak.