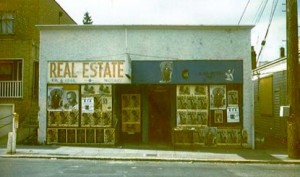 WHEN YOU RENOVATE, KEEP YOUR EYES OPEN FOR MOVIES

Old houses’ wall cavities can be a delightful kind of repository. A 10-year-old boy might imagine they’d contain treasure maps, or at least rolls of twenties in crumbled rubber bands. But the structures are rather more likely to conceal wads of newspaper. Odd troves of news. On occasion, a kind of moving-image archive, too.

Last week, I crowbarred away the jambs of my back door. Apparently the last time that was done was in 1969 because as soon as one length of molding came away, desiccated folds of newspaper fell to the floor.

On top of the pile was the movie section of Sunday, August 17 of that year, from one of this city’s then-two dailies, the Seattle Post-Intelligencer, R.I.P. (born 1863, when the population was 1,000; went online-only and largely irrelevant, 2009).

Perusing those pages naturally became more appealing than fitting a new door. They revealed that, that week here in the Emerald City, filmgoers had such options as South Pacific, Chitty Chitty Bang Bang, and Goodbye, Columbus. Standard major-studio output.

Two John Wayne vehicles were on offer, including Henry Hathaway’s True Grit, just out. You couldn’t have known then that you’d have done better to wait for the Coen brothers’ 2010 remake of the drunkard-cowboy murder-revenge tale — that Jeff Bridges would muster a far more compelling Rooster Cogburn than Wayne had.

True Grit was way south of the city, while at the downtown Colonial, now gone, Hellfighters promised more of Wayne’s preposterous bully-boy act. He played Chance Buckman, a Red Adair-like oil-well firefighter. Frankly, I’d have lingered in the foyer to await the main feature, Buena Sera, Mrs. Campbell. My apologies to the mystifyingly still-numerous Wayneophiles, but the main feature, Melvin Frank’s recently released comedy, featured Gina Lollobrigida. Carla Campbell, the Lollobrigida-lovely lead, faced a dilemma: For twenty years she had been collecting child-support checks from all three of the possible WW2-GI fathers of her kid — and the three lotharios were en route to a 20-year reunion in the Italian village where she had remained.

Duly, the long-ago lovers come calling, alerting Carla’s husband to her past so that he wonders whether her only walks-on-the-wild-side had been with the GI’s played by Telly Savalas, Peter Lawford, and (she had apparently been catholic at least in her taste) Phil Silvers. The film’s best line comes when the exasperated Carla retorts: “No one has ever laid a hand on me for 20 years, except you and the fathers of my child!”

All that, aside, the promise that would have kept me waiting was that Lollobrigida was — here as throughout her career — generously bosomed. Give me a break! In 1969 I was 13 and even then, male.

But I get ahead of myself. After perusing the movie pages of August 17, 1969, Seattleites would next have taken into account the weather — as they still do. Rain is generally brief and light, during August, and that week none arrived at all. Thermometers barely reached the mid 70s Fahrenheit (about 20-22 Celsius), but that’s warm enough by Seattle standards to encourage the citizenry not to be indoors on any long day of sun — the rain would be not far off, and might dampen most days for months.

That 1969 week’s climate was not auspicious for movie-house profits, then. Seattleites looking for movie distraction would likely have chosen the screenings with later start times.

To have strolled out to get to cinemas might seem, at this remove, to have been an inviting prospect. But the nationwide era of political and racial unrest had got under way, which would have cowed plenty of inequity’s perpetrators.


Early in the year in largely white Seattle, two gunmen (never reliably identified) shot and killed Edwin Pratt, a respected civil-rights leader, outside his snow-surrounded home. He had led campaigns to redress racial discrimination in housing, schooling, employment, and policing.

The history website, Radical Seattle Remembers [The Seattle Star’s own Jeff Stevens–ed.], relates that in 1968 and 1969, black youths responded angrily to police harassment and poor provision of social services. Riots broke out in an area of the city named the Central Area. It was into that area, not far east of downtown Seattle, that “restrictive covenants” had corralled African-American home owners and renters. The covenants were deed restrictions that forbade sales and rentals to members of various “non-white” racial and ethnic groups, such as Filipinos, Japanese, and Chinese, but African Americans most, as they had come to comprise the largest minority group due to their postwar population boom.

The extraordinary rhetoric of the covenants typically was worded to target any “person or persons of Asiatic, African, or Negro blood, lineage, or extraction.” Such restrictions were perfectly legal, and were deployed in concert with “red-lining” in which banks denied credit to non-white applicants, particularly if they became so bold as to try to settle outside the bounds that city fathers imposed on them.

In the summer of 1969, Seattleites who contemplated a night at the movies but fretted about tension in their town may have recalled that it was only a year ago, in 1968, that the City Council finally prohibited those practices. It had passed its ordinance three weeks after the assassination of Martin Luther King Jr. But little had really changed.

Not surprisingly, anti-racism organizing remained strong in the Central Area. It was there, for example, that the Seattle chapter of the Black Panther Party set up. Its members were subjected to the same surveillance and dirty tricks that the Federal Bureau of Investigation under J. Edgar Hoover had mounted nationwide to vilify and suppress activism. Violent police responses to protests by the Seattle Panthers’ members and supporters provoked further rioting.

But by 1969, organizers were shaping anger into effective action. An association of black contractors, for instance, made concrete its objections to discrimination against black contractors and construction workers by shutting down every major federally funded building project in the city.

Increasing heat on the streets was mounting opposition to American military action in Vietnam. In 1968 it had flared at the Democratic Party’s national convention, held that year in Chicago. Violent suppression of protests there and then prosecutions of protest leaders provoked sympathy protests in Seattle and many other cities.

When it came to civic accomplishments, about the best Seattle could boast was that a year ago voters had finally approved the financing of a new downtown stadium for professional baseball and American football teams — the surpassingly ugly, covered Kingdome, which the county mercifully imploded in 2000 to make way for yet another massively taxpayer-underwritten playfield for those ten home games each year. That the citizens of Seattle and surrounding King County would approve such a boondoggle after twice earlier resisting it is hard to fathom at this remove. An economic slump triggered by rising oil prices had slammed the region. Its largest employer (even now), the Boeing airplane company (“Boeings,” among us locals) had fallen behind schedule on delivery of its Boeing 747 “jumbo jets.” That and other downward forces on employment led to something of an exodus from the city.

In other ways, too, the town was changing — edging away from its Scandinavian, Protestant reserve. Early that summer, still-little-known Led Zeppelin almost blew it away. Preceding Three Dog Night, now barely mentionable in the same sentence, they unloosed a Richter 6.9 assault at a popular lake-centered park that was closed a year later due to structural damage. The venue was the outdoor Green Lake Aqua Theatre, which since 1950 had hosted the likes of “swimusicals” and the Aqua Follies, who plunged to a pool 40 feet below from stage-side diving towers.

But still I get ahead of myself.

So, so boring. Those tell nothing particularly interesting about their eras. They could not relate that, during the week beginning Sunday, August 17 1969, Midnight Cowboy was showing, right here in downtown Seattle. And Peter O’Toole and Katherine Hepburn were jostling in the King Henry II drama, The Lion in Winter, set in a frosty 1183 A.D.

Disney was all over the place, as ever — Chitty Chitty Bang Bang (at a drive-in, naturally), Peter Pan, The Love Bug (not at one)… Teamed at the still-standing Crest (now Seattle’s only cinema where fading first-run movies can be seen for $3) was more Disney in the form of a reprise of the feel-good 1960 version of Swiss Family Robinson. Its resourceful heroes-of-family-values, shipwrecked en route to New Guinea, were doing the Crusoe thing on a deserted tropical island. (The story was again committed to film for the umpteenth time in a 1975-76 TV series among whose cast was Helen Hunt — the Helen Hunt, a couple of years after she began her small-screen debut at the age of 10.)

Suggests little Ernst: “Why don’t we put up a distress flag?”

Self-pitying, his old man (John Mills) retorts: “Don’t you think we look distressed enough? Ernst, anyone who sees a ship stuck on the rocks might possibly guess it’s in trouble.”

But of course the family pulls together because that’s what Waltons-like pull-together-families did, in 1960s America — even when Hollywood puppeted them on a geographically improbable island stage — it had monkeys, elephants, ostriches, and lions, all remarkably flourishing on so confined a terrain.

It was all tired, way-it-never-was, heroic-family-fantasy rubbish. And this particular variant had an uncommonly sanctimonious soundtrack, too. And de rigueur jibbering non-white savages, in this case Asiatic. Consciousness of the racist nature of depictions of American Indians being picked off from atop rock bluffs had not yet reached public consciousness, so it was not too late for Robinson’s producers to deploy demi-human savages of another hue and brow, and even a long way yet from the time when Steven Spielberg would, with little disapproval, deploy Arabs in similar fashion in such films as 1981’s Raiders of the Lost Ark.

Speaking of homiletic adventures on the high South Seas, South Pacific was wreaking its condescending counterfeit of Polynesia on theaters in three outlying reaches of Seattle. In the role of the White Man’s Exotic Love Interest was French-Vietnamese actress France Nguyen, whose screen name, Nuyen, stripped the ‘g’ from the original — the most common Vietnamese family name.

When the film’s 50th anniversary shindig came around, in 2008, Nguyen received no invitation, or so the story goes. Good thing she had by then trained in psychotherapy, and was practicing in Los Angeles. For her work with abused children and women, she received the city’s 1989 Woman of the Year award. Early in her career she had prepared for working with the deranged through an affair with Marlon Brando — “He just wanted an excuse to be a big little boy and dress up and be someone else and see how long he could fool everybody.” She went on to appear in the third season of Star Trek.

Virtually every city in the United States — and in a good part of the world — has its own, distinctive cinema history. In Seattle until the end of November 2013, the city’s Museum of History and Industry has a fascinating exhibition — at the museum and online — celebrating the movie palaces and more modest houses of the Emerald City.

(Reprinted from Moving Image Archive News, courtesy of the author.)