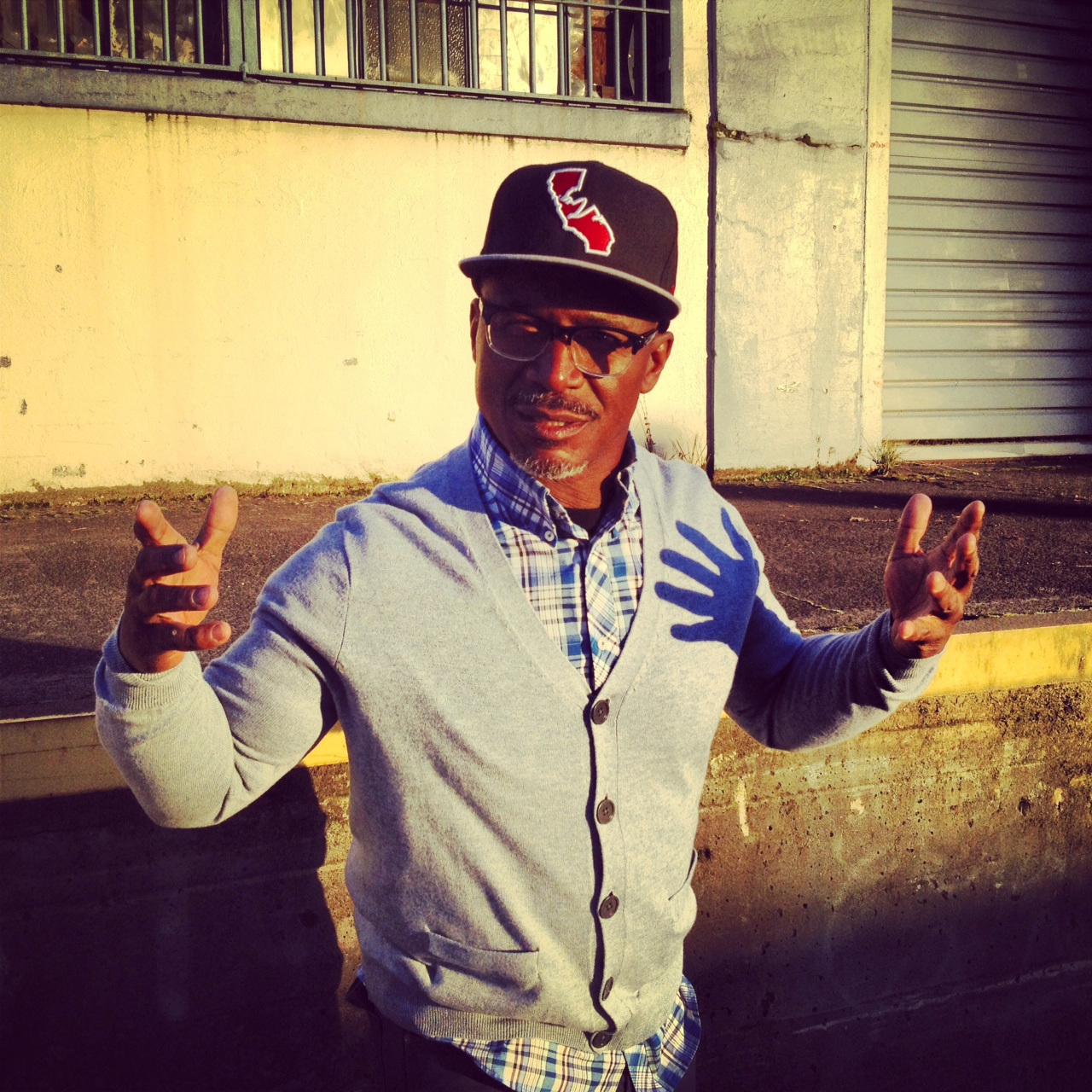 I’ve always loved Karl Denson and his approach to jazz as a living thing instead of a museum piece. For over twenty years I’ve been listening to him in various bands and different contexts but always with the same mission: keep the flame alive and serve the music. Mr. Denson’s always believed that music should be shared and spread as an act of love–a belief I also share. As a result, all his shows I’ve attended have had an open taping policy and it’s largely because of that policy that I first started really to appreciate Karl Denson’s Tiny Universe through the massive number of shows on the Internet Archive’s Live Music Archive.

Mr. Denson has always had an eclectic range of influences. He’s known for being a boogaloo dance band leader, but beyond funky R&B and rumpshaking blues he has always considered jazz his true calling, and shares a deep interest in church music, reggae, progressive rock, and even country music. Returning to those deep Southern roots, Karl Denson brings his Ray Charles boogaloo tribute to the Crocodile Cafe tomorrow. I spoke with Mr. Denson by phone last week.

Seattle Star: So let’s talk about Ray Charles. I heard this was Zach Deputy’s idea. How did the whole thing get started?

Karl Denson: It was actually my idea. We were in San Diego. Zach started his show with a whole Ray Charles shtick, and I was floored. I didn’t realize he could sing like that. Ray Charles was a big influence on Zach, you know–he’s from Georgia, and Ray Charles is from Georgia as well–but I’d never heard him like that. So I said, man, we’re going to have to do this at some point. I thought about doing it for last JazzFest. I talked my manager into using Zach. So we did it together.

Karl Denson: Even better than getting to play the Ray Charles stuff is just getting to hear Zach play with my band. Zach is the nuts. He’s always playing by himself, but when you put him with a rhythm section–it’s an ohmigod moment. He’s just incredible digging in. It’s going to be super fun. We have thirty days or so, so we have time to improve on it, too, as we go along.

Seattle Star: How has it been on the road leading up to this? It’s been awhile since you had an album out.

Karl Denson: We just did an East Coast run that was pretty successful.

Seattle Star: Oh yeah. And you just did the festival. You have a new drummer, Max McVeety, right? How’s he fitting in with your groove style?

Karl Denson: Much better than anything I could have imagined! He’s incredible. My favorite drummer up to this point has always been Zak Najor, you know, the original Greyboy Allstars drummer. Max is right there with him now. He really understands the history of jazz. He knows everything I’ve been doing for the last twenty years, too, so it’s a perfect fit. I got inspired and wrote a new tune the other day. As soon as I brought it to the guys, the bass and drums learned the riff and the beat he put down was so perfect, I thought, “Okay, now I can get down to work.” So I’m excited.

Seattle Star: It’s a nice feeling when it blends. He has that kind of Zutty Singleton attack, too, so he fits that Southern style you get into really well.

Seattle Star: Yeah, I caught him in Oakland a couple time. I’m a fan for sure. The last time I heard your band in Seattle was when you were doing Sticky Fingers. That was an interesting show. I really enjoyed that first half with the Rolling Stones covers and then the second half I had no idea how you were going to follow it. You hadn’t had an album out for for years, so I was just gonna roll with it. And you guys were hitting it hard. All sorts of stuff rolled into there.

Karl Denson: That album’s done. It’s being mixed as we speak but it’s done. We’re on to writing more new material.

Seattle Star: So you’re going to follow that up really fast with another album, to kind of codify your style and where you are right now?

Seattle Star: Is the Ray Charles show going to become one of your upcoming albums?

Karl Denson: For now it’s just a live show. If we do it, it’ll be a co-production. We can fight out whose label it’s going to be on then (laughs). I’ll just be like Delmar from O Brother Where Art Thou?, on the chain gang, “Okay, I’m with you fellas.”

Seattle Star: (laughs) Oh man, that’s an image. You should start playing some of those songs live.

Karl Denson: Hey, don’t tempt me. (laughs) It’s actually not a bad idea. I was telling somebody the other day, I have a real cowboy streak. I grew up in a church chorus. We didn’t have music, just a cappella singing. All the songs are very simple; they’re kind of cowboy songs. I had just realized that. Both have that sort of lilt, you know. So, I’ve kind of been going back to that stuff and learning a little more about my roots. It made me realize why I love things like the soundtrack to O Brother Where Art Thou? and why Patty Griffin is my favorite singer, and things like that. I have to really hold myself back, being a dance band guy, from digging into those boxes too much.

Seattle Star: But those boxes expand, too. There’s a long tradition of dance bands in Texas swing, like Tex Williams or Spade Cooley’s band

Karl Denson: Right. On the new record there’s a song called “My Girl,” which I wrote on guitar, and it surprises people to hear. It really comes out of that whole tradition of slide guitar and groove. I started playing guitar last year–and that was my first foray. So there should be more of that kind of song coming.

Seattle Star: Good! Maybe Anders’ work from the old Sticky Fingers show is rubbing off on you.

Karl Denson: That would be good, yes!

Seattle Star: Are you still going to do that Aqualung concert or was that just a fleeting thought?

Karl Denson: That’s been hard to sell to promoters. I mentioned that and it was met with a sort of tepid response. They didn’t think anybody would know that record that’s not, you know, forty years old or older.

Seattle Star: I still think you should mix some of those in. I’d love to hear you do “Cross-Eyed Mary” on the flute. I think that would be a blast, and I never get to hear you enough on the flute.

Seattle Star: I’m down for the cause. Throw in some Texas swing, some Jethro Tull–I’m all good. So you’re album will drop right around Christmas–that’s the plan?

Seattle Star: What have you got planned for 2014?

Karl Denson: Oh, I’m not that far out yet. I’m still trying to get through this year. I think we’ve got Jam Cruise and a festival down in Costa Rica in January, and that’s all I know as far as ’14 goes.

Seattle Star: Rumor has it this is going to be the best Jam Cruise ever.

Karl Denson: Well, they do just keep getting better and better. I thought they would have peaked out years ago but they keep right on. Bootsy’s bringing on Les Claypool and Thievery Corporation and Dumpstafunk. We’ve got bass players galore on this tour.

Seattle Star: Thank you so much for talking with me.

Karl Denson’s Tiny Universe Present: A Ray Charles Boogaloo Dance Party, with Zach Deputy // 8:00 pm, 14 October // The Crocodile Cafe, 2200 2nd Ave // Tickets $20 available from TicketFly. If you are in Bellingham tonight, consider checking it out at The Wild Buffalo. Tix for that show are $18, available here from Hold My Ticket.