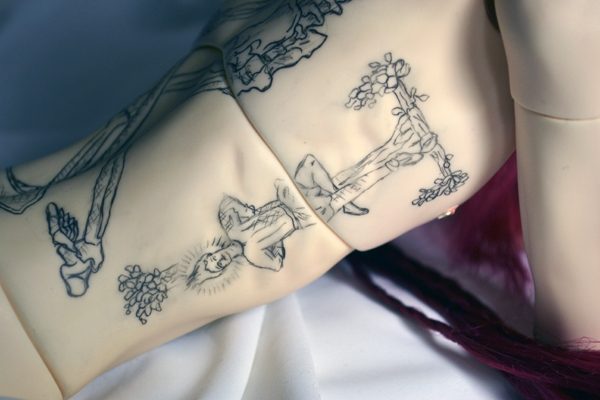 Time enough for life, of course. Time for waking, stretching, showering or not showering, trudging to the back of the house to examine that mailbox, time to get drunk every night and rub his shoulders in the mornings before the shower if there was a shower, time to wake up with a shiner mistaken at first for a scratch until the mirror.

Time to try AA meetings, shivering all those minutes.

Time to go mad and slice his own throat, leg, and arm, time to be strapped down screaming in several emergency rooms and upstairs at Harborview. Time to let go.

But for all that, he’d kept tabs.

The Man on whom he’d kept tabs wooed Josephine the blind girl–well, not wooed: hung out with her, rather, in a manner made to make apparent that all wooing lay in the past.

The Man always had that way with women. With Josephine and Roxanne and Linda and Maura, and, oh, he’d lost track after awhile.

The Man parked in their college’s computer room and posted voluminously on the college’s electronic bulletin board system (and he’d lead The Man to that, something he quickly had cause to regret) and picked his nose at the keyboard, (he flattered himself to think he kept his own nose-pickery private), communicating an air of Sit and pay keen attention as I regale my worshipping adulators, of romping in women’s underwear, with and without the women in the underwear; and of reading off chemistry exams with someone thrusting her hips on top of me.

The Man got himself appointed a writing tutor for one class he took. After the first two weeks, his students stopped showing up at the tutorials. The tutorials were required to pass the class. But they sailed like ships deserting a sinking rat.

The Man moved into an apartment above a famous shoe store. Years later it was torn down. Not just the famous shoe store, the whole building. He tried to assemble some solace around this, hearing the news, down at the bar.

Drinking at the bar, working on beer three, beer four, he met the couple who managed the vanished building. They said The Man had started a “Domination-Centered Escort Service.” With himself as the talent.

He chuckled along with the couple.

But he kept keeping tabs.

Then they started coming to the same shows as him, to make out in front of him.

He spent a lot of time looking in mirrors for that hunchback covered in bleeding warts, dripping green slime from between slanted fangs, that he was sure women saw in him.

And not for the first time, he thought about jumping off a bridge.

Then he found the picture.

Keeping tabs, expecting nothing The Man hadn’t manned before, he clicked on a link with The Man’s name and beheld.

The Man lay on a bed. No other humans with him in the picture.

But The Man was not alone.

And it stood there in the air, the reasons for his failures and The Man’s success.

He told the downtown tattoo artist he wanted “pomo Yakuza.” He gestured downward. That, he explained, was the pomo part.

And the pain, he presumed, would be the Yakuza part.

Sort of like taking the knife to his throat.

Only ice and bandages between him and It.

He would carry The Man and the Man’s triumph with him to the grave.

And when women screamed, dissembled, and went running for his best friends, He’d finally have some firm idea why.