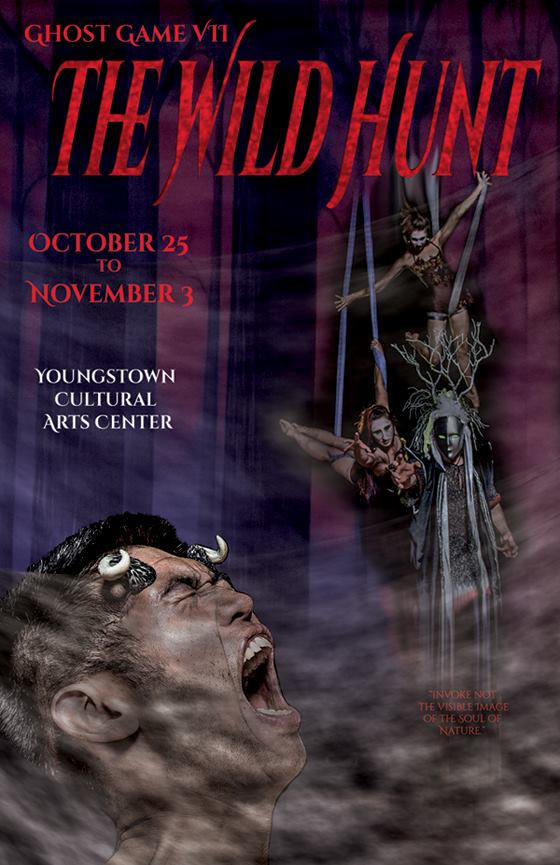 The Hyakumonogatari Kaidankai became a popular tradition in 16th and 17th Century Japan. In the Hyakumonogatari Kaidankai , participants gathered at nightfall in a house with three rooms. In the third and farthest room, they would light one hundred candles on a table with a mirror, then trudge back through the dark second room to the even darker first room and tell a relentless series of eerie and weird stories called kaidan. (The movie Kwaidan takes off from this word and its tradition.) At the end of each story, the storyteller had to walk through the second room into the third, blow out one candle, look in the mirror and then return to the first room. Each kaidan grew darker and scarier as the room itself grew darker and scarier. Many times the final candle would never be blown out for fear of bringing on the wrath of vengeful spirits.

Originally a game played as a samurai test of courage, the game spread to the lower classes but the purpose remained the same: invoke the darkness and scare the life out of everyone present.

Seven years ago, The Cabiri turned in search of a winter-themed show and chose the Hyakumonogatari Kaidankai  as their starting point. Appropriate to the coming darkness of winter, Ghost Game became a ritual performance dealing with the bleaker spirits in folklore, with very much the same intent as the 17th Century Japanese tellers.

Ghost Game has always been enjoyable. I am a student of dark, morbid folklore so the idea has always appealed to me. I saw my first Ghost Game four years ago and it struck me then as rough, brusque and weird in the original sense of the word–exactly what I like in my myth. The last two times out, Ghost Game has grown more refined, at times almost elegant, and while still beautiful–perhaps even moreso than Ghost Game III–a certain menace has gone missing from the event.

With Ghost Game VII: The Wild Hunt, the menace has returned.

The tale at the core here is that a ghostly group of hunters and their leader, possibly faerie folk and possibly undead, cross between the worlds and wreak havoc on anything in their path. This folk myth is common in Germany, Scandinavia, Slovenia, France and England. (Even America has its version, immortalized by Burl Ives in the 1949 song “Ghost Riders in the Sky.”) This Wild Hunt is vicious, capricious and quite amoral–just what I like to see from the grey folk.

A couple of the tales may ring familiar to longtime visitors to Cabiria, but these are fresh takes on the recurrent theme of Der Wilde Jagd myths across Northern and Central Europe. It is, I think, one of the most the most ambitious works I’ve seen them do in the Youngstown Cultural Center space, certainly on the technical level. At no point in the evening does the claustrophobic feeling ever relent. Audience members are greeted with hovering trees that hang like swords of Damocles near their tables. It was a delicious atmosphere for the fourth piece when the performers willfully break the fourth wall and drag the audience into the performance quite literally.

The aerialists themselves work in extremely tight arrangements, evoking that ominous childhood wonder that something very, very bad may happen to them not only as characters but as performers. Of course nothing does, which is good, but the audience’s fear was palpable on the night I saw the show. The Cabiri dancers’ prowess carries them through everything as if it were all so simple.

In the absence of Lauren Kettner and April McMorris who are both away on leave, artistic director John Murphy has nevertheless assembled a fine group and coaxed from them performances quite beyond their usual work. I expect high quality performances from the troupe, but I am exceptionally impressed this time with Erica Sherman, whose dancing is as crisp as her choreography on the evening. There is a macabre joy in her fluid movement with its sinuous, almost serpentine lines, and her narrative skill shines as I have never seen it. I am equally fascinated with Derek Broussard’s work on the cyr wheel, which never seems like quite enough. Mike Stephan, too, has grown as a dancer since I first saw him and I am hoping to see him push even more toward greater characterizations in the future.

The choreography overall is high quality, especially Cyrus Khambatta’s outstanding closer. Each artist seems to understand that putting the fear of the gods back into the public is not only a noble aim, but a pleasurable challenge. All of them raise the stakes for the evening quite nicely, and Sara Torres’ lights and the music by Sataray lift the evening from very good to exceptional.

Mr. Murphy assures his audience in the program that “The Ghost Game is going to move back to its roots: an unpredictable, unsafe, numinous creature waiting at the gates of twilight.” I think that move is on point. There is so much predictable, safe and dreadfully non-numinous work in Seattle that any move the opposite direction deserves plaudits on its own. That The Cabiri take this challenge and respond to it so well is a tribute to their aesthetic dedication.