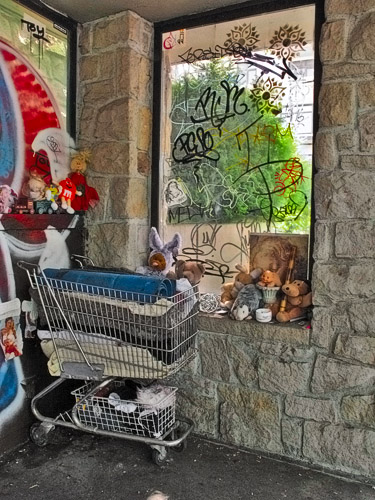 Abby tells Liza they must leave.
They pack and run. Rain drizzles. Below
the freeway Abby and Liza wander.

a rock. Misses. Liza sneaks
behind a dead Frigidaire. Abby tells Liza she may throw
her own rocks. Liza throws rocks at men. Men
protest

but leave her alone. Liza and Abby catch
wisps of sleep on the street below the freeway.
Nick seeks and finds them. He pleads

over Nick. He tells her CHASE ABBY.
Liza cannot find her in the night grey.
Later Liza goes home with Nick.