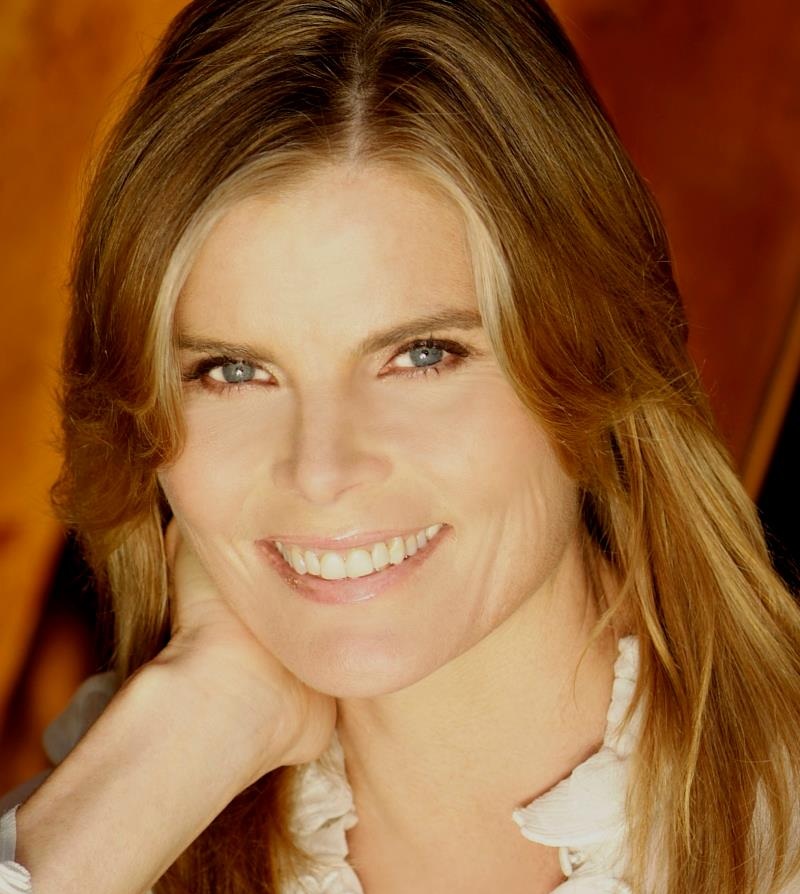 Mariel Hemingway stands outdoors, throwing a weight up and down. Actually, she throws the weight up into the air, makes an aerobic move, grabs the weight mid-air, brings it down, throws it back up. Repeat. Repeat. Repeat for what has to be much longer than shown on screen. I’m sure.

Mariel Hemingway knows that she comes from a rich and famous family; she calls her people just behind the Kennedys for an American dynasty, and she’s got it. She also knows that her people grew blighted by madness, depression, diabetes, heart disease, possibly a few other things. The new Barbara Kopple documentarary Running From Crazy, opening this weekend at Sundance Cinemas, finds Ms. Hemingway matter-of-factly putting metaphor into action. She doesn’t stand there thinking or even speaking about what the weight means. It’s a weight. Used to offset the other weights.

I’ve only seen one other Barbara Kopple movie, a rather anemic dull-pointed dissection of Woody Allen called Wild Man Blues. Then again, perhaps Kopple simply doesn’t do what I spent Wild Man Blues wishing she’d do—dissect Allen as a fatuous monster, willing to destroy the lives of others to get anything he wants. Based on two movies, she lingers on people and lets them tell their own stories in their own words, their own rhythms, alien as all those might be to someone else.

And maybe it’s my fault that I prefer my own rhythms to everyone else’s.

Wild Man Blues did, though, reach its watershed at its end, where Allen, having gone to Europe and back to great acclaim, has to pay a call on his parents. And his parents have nothing but nagging and regrets for him. His great acclaim means nothing inside their walls.

This doesn’t excuse Allen. It might help explain him.

Mariel’s deceased sister Margot (she sometimes spelled it Margaux) fits right in with the archival footage of her, from the 70s, mostly. She’s sleepy-eyed on television, softly funny, sliding matter-of-factly past any sticking point, any commitment. She keeps it casual with a touch of world-weariness, even when singing, even while explaining her name change.

But Margot tried making her own movie of the family’s life. And some of her own footage ends up in Kopple’s film. In Spain, a bullfighter dedicates the bull to Margot in the audience—understood as a great honor, reflecting Ernest Hemingway’s Death In The Afternoon—and as the death of the bull progresses, Margot’s eyes fill with tears. Back and forth Margot’s unseen editor cuts, between the bull and the filmmaker’s face.

And Margot does not specify what she’s feeling.  Perhaps she did not ever intend to.  We may never know.  But her tears speak a certain language inimical to words.

Mariel sometimes breaks down in her own tears, explaining the feelings, good, bad and rancid, she had for her Margot. A visit to Mariel’s one surviving sister impresses in its delicacy. We are not allowed into the house, and we get only the suggestion that Joan Hemingway lives with what is sometimes called a “living helper.”

We never see the helper or the home past the outside of the front door. We must pick up pieces. From the whispers, the asides. From Joan’s too-wide eyes, her fawned-over but amateur attempts at art (she met Andy Warhol and brazenly imitated his Flowers for one canvas), the delicacy.

Mariel Hemingway is strong. In many ways. She invited Kopple into her life and didn’t throw Kopple out even when the 4×4 breaks down and she gets into a salty shouting match with her boyfriend. They’re on their way to climb rocks. At age 50 or so, for both.

And that is another way, to refuse the weight.