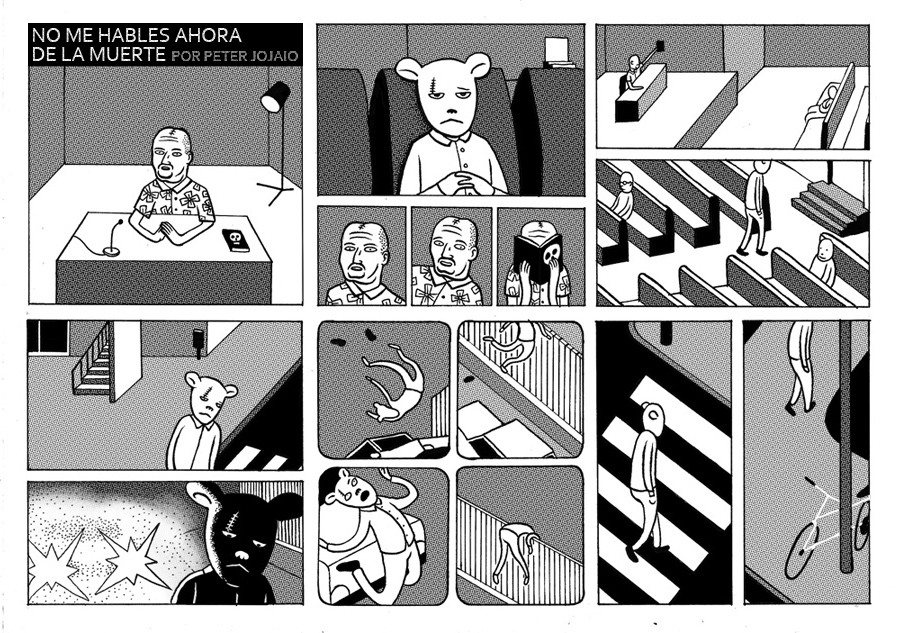 It’s obvious even at first glance that Peter Jojaio loves comics. Not just underground comics, not just superhero comics, but comics, capital-C. He rarely settles into one style for too long but he doesn’t have to. His knowledge of comics and comics history makes every one of his pieces a delight. His penchant for parody runs all through his illustration, but even in his sequential work his wicked sense of humor and satirical eye are sharp.

It’s too easy to talk about artists in terms of their “influences,” and I don’t want to do that here, because Jojaio’s work is distinctive. But even a quick look at his portfolio will show his tributes to artists as diverse as Murphy Anderson, Hergé, Daniel Torres and Floyd Gottfredson.

Don’t talk to me about death is a black-humored four-pager about…death. Originally done for Tik Tok Cómics, we reprint it here for your amusement.