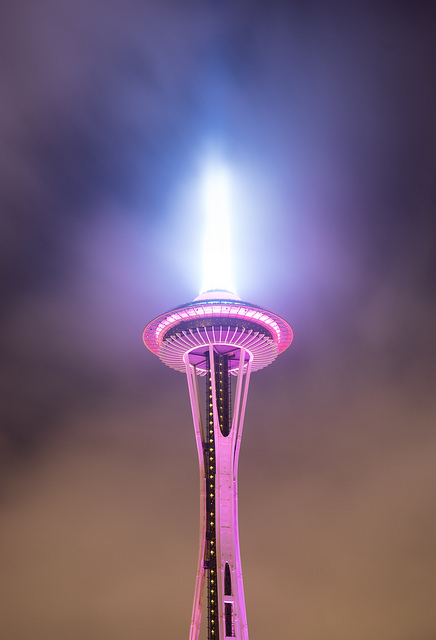 On the second anniversary of The Seattle Star, I find myself looking back over 2013 with a distinctly different feeling from our first year. At the end of our first year, I had a sense that we had built a solid foundation but that we still had much to do. Some of it we did, even if a little late.

We re-designed the website in a way that has stabilized our image as a magazine to be read, and provides us with the structure for our next big redesign (which is forthcoming). We added a legitimate comics section, featuring creators from around the world. We increased our writing about political and social issues. We have also reaffirmed our devotion to the Creative Commons with our weekly EPUB releases of CC-licensed books.

On other things we have held steady. Our performing arts writing remains second to none. My own column on the art of radio stands by itself in a wide open field. We have published fine fiction from writers across the country, and poetry by many local luminaries and some of international renown as well. Our commitment to photography by local photographers, too, remains strong.

But there is much, much more to do.

We started 2013 strong, steadily producing work at a good pace. Then in June we hit a wall. One of our staff became quite ill and was hospitalized for awhile. Others moved on to other projects, some with more ceremony than others–our beloved Tina Witherspoon, for instance gave up writing to pursue her new own handmade fashion line, Boho Republic. Others seemed simply to lose their faith. The voices became fewer and fewer, dimmer and dimmer. Myself, I became tired. Over the course of the year, we published 310 articles. I wrote 195 of them. Even of those I did not write myself, I commissioned and edited them alone; this was true of all of the photography sequences as well, and many of the fiction and poetry pieces. On top of that, of course, I also maintained and redesigned the website by myself. Keeping such a pace was brutal and I wound up exhausted early.

A combination of fatigue and faithlessness can sink any venture. I couldn’t let The Seattle Star fall so easily, so quickly. In August I took a cross-country tour on the train to repair and to reconnoiter. Pursuing that mythical American dream-state known as The Road, I left my camera, took only my notebook and my Kindle, and headed off. Along the way I visited Sacramento, Denver, Chicago, Indianapolis, Washington, Philadelphia, Atlanta, New York, keeping my eyes fresh and my ears open.

None of those places holds a candle to my hometown. The moment I stepped off the train I knew this was where I needed to be. I came back to the Star with a renewed sense of purpose and, I dare say, a certain evangelism. Since September, we have published at least one piece every single day, re-establishing our consistency and, I hope, a certain faith among our readers. We have also added new voices in Raymond Murphy and Charles Noreaster, with two new members coming this month. Dayo Anderson will be joining us to assume our neglected theater beat and Larry Smith will be bringing us his witty takes on sports, comics and miscellany.

Certain things have become clearer. After reading the commercial dreck in cities across America, our non-commercial, reader-supported model seems to me more obviously necessary than ever. Commercial news on the Internet is destined to destroy journalism — and now even megalocorporations like Time-Warner are admitting that advertisers will even dictate what is written. From the New York Times, 30 December 2013:

Time Inc. will abandon the traditional separation between its newsroom and business sides, a move that has caused angst among its journalists. Now, the newsroom staffs at Time Inc.’s magazines will report to the business executives.

I maintain that a more direct reader-based system is the only way out of this absurdity and is, furthermore, the only way to reinstate the very thing that newspapers and magazines do so much better than Internet blogs and wire-feed newspulp: investigative journalism.

As a gesture of faith, I will be commissioning a couple of investigative pieces over the next couple months that will be directly funded by readers on a prospective basis. Such projects will use crowdfunding. We will also experiment more with an open journalism model for important subjects. Clearly Time Inc. will not lead the way for the 21st Century, so someone must.

Above all, though, I promise to be more consistent than we have been in the past. We’ve published more than one hundred continuous days now with new pieces. I promise to keep this up. I promise to maintain and even improve our high quality. Most certainly, I promise that The Seattle Star will never subjugate criticism, news, and aesthetics to the opinions of bean counters and marketing schemes.

None of this happens without readers. We will need better relationships with our readers. We will also need more support from our readers, including financial support for investigative projects. In the age where many people believe that labor is non-existent and everything should be free, this is a difficult sell. The only thing that can possibly change that mindset is to prove that there is writing that is genuinely worth paying for, and that would otherwise not happen without such support.

This change is coming. And soon. Right now, what we ask is for your patience, and your faith. In turn, we will reward your faith by being the journal of the future for the City of the Future.