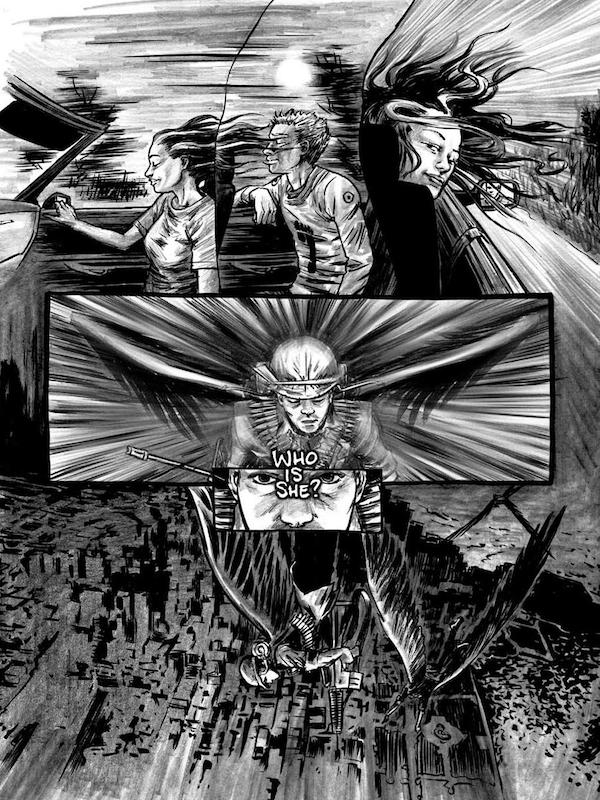 Shortly after publishing his first novel, Flyboy Action Figure Comes With Gasmask, Jim Munroe had a reckoning. A long-time punk and anarchist, he had written a book in which superheroes fly about crusading against tabloid journalists who conspire to make the world stupid. Yet the book had been published one of the worst real-life offenders of all, the owner of The Sun and Fox News, Rupert Murdoch.

Disturbed by this, Mr. Munroe decided to return to his roots in the DIY zine culture. Rather than seek an “easy” path in the world of corporate publishing, he calculated that he would actually make more money publishing indepdently of the corporate world and began not only to write books, comics and movies as an independent unattached to traditional publishing, but also to evangelize for the indie press itself and alternative ways of creating meaningful work in the world. As he writes on his website for No Media Kings:

When I first started No Media Kings I put the DIY Books articles on the site as a way of breaking down the barriers to publishing for people, letting loose the power inherent in secret knowledge. It meant that I ended up meeting a ton of folks across the world who were just as excited about indie publishing. I asked them for help promoting my books in their towns, and dozens of people actually hosted events and I got to meet them in person.

Along the way he encountered the ideas of the people behind the Creative Commons. As an experiment he decided to release his excellent graphic novel, Therefore Repent under a Creative Commons license for the delectation of readers everywhere. The success of that project further inspired him to release other materials on a pay-what-you-will basis.

Therefore Repent speculates on the idea that the Biblical Rapture has already happened. People all around the world have floated heavenward, and have been taken up. An army of angels has come down to rid the earth of everyone else on it, eventually brokering a kind of peace as everyone waits not for a Second Coming but a Second Rapture.

After the Rapture, the force of magick also returns. People everywhere practice varieties of magic, the price of which is that one slowly turns into a physically and psychically distorted demon.

Of course nothing is quite as simple as it looks. Rebellions against the angels sprout up all across North America. Yoga provides a gateway into another dimension. Dogs begin to talk. Behind the miracle of the Rapture is a secret. The two protagonists, Raven and Mummy, go in search of the secret as they try to hold together their relationship.

The rest I will leave to your imagination…or you can simply read it for yourself. It is well worth your time. Mr. Munroe’s writing is keen in its human details, and the artwork by Salgood Sam is quite beautiful, creating a density that rewards thoughtful and slow reading — and a second reading as well. Mr. Munroe says that he views Therefore Repent and its thematic sequel, Sword of My Mouth as a re-imagining of the Bible the way Frank Miller did with Batman. But this is better — and without the fascist and sociopathic tones of Mr. Miller’s dreck.

Download the CBR version from the Internet Archive here.