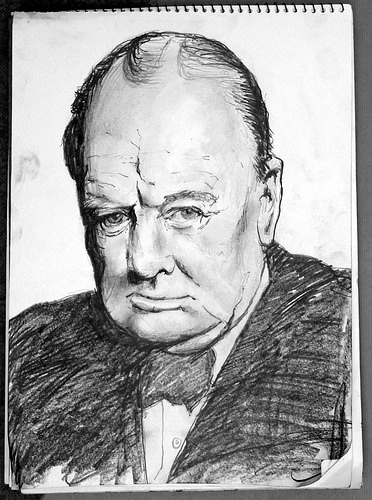 Winston Churchill once observed that the single most compelling argument against democracy was 10 minutes spent with the average voter. After viewing the results of yesterday’s Prop 1 balloting (which would have provided additional funding to Seattle Metro transit services, thus avoiding bus route cuts at a time when ridership is higher than ever) I’d have to say that I agree.

All opponents of the measure had to do was wave the prospect of $60 car tabs to fund the measure in front of voters and people lost all sight of the fact that this was something we needed. All they saw was the $60 tabs. Never mind that this works out to roughly the cost of a Grandé coffee at Starbucks once a month. Never mind that traffic volumes are going to get even worse because there will be fewer buses running or bus routes–and that some of the people who are going to bitch and moan the loudest about traffic are the very people who could have avoided this just by ponying up the $5.00/month.

Granted, Metro has issues from time to time and some of the existing money they already have could probably be better and more efficiently spent. But to reject a measure that’s needed to keep existing service running, just because the service could be a little better is like cutting off an arm to cure a hangnail.

It’s sad, really, but not all that surprising. We live in a culture of entitlement, and some of the people who complain the most vocally about this are also the people who fail to realize that the “no free lunch” argument cuts both ways. Public services cost money– and money means higher taxes (or in this case $60 car tabs). You don’t get something for nothing, people, and I hate to break this to you, but that logic applies to the things you don’t support as well as the things you do.

You were right, Winston…and now we all have to live with the consequences.