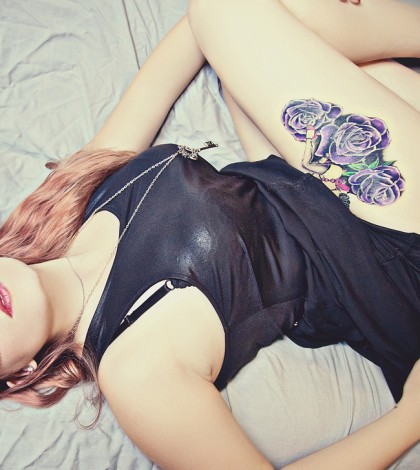 Marpeaux logged on; user name—Cash_Flow—and waited for a reply. He looked at several other names in the room, but he didn’t have to wait long. Sentient-Woman-Amor greeted him; the conversation was on. Under her real name, Fernanda, she would fly out to Seattle, at Marpeaux’s expense, and then he would have sex with her for a fee and take pics if he wished. She loved a good photo-shoot and always had a special interest in photography, but she would wear a mask for the photo-shoot and guarantee him twenty four hours of her time before she flew back home to Cleveland.

No, she didn’t mind a published story concerning her, but she had to be assured that no one could identify her or know where she operated from. He agreed; the article about her would appear in Capture, a Seattle mag, catering to the cognoscenti and individuals interested in more than mediocrity. Capture‘s readers were a wide variety. Shanghai had numerous subscribers, as well as Paris, and Portland and San Francisco to the South plus a large reader base in Seattle. A poll indicated their interests: The Arts, Sex, Economy, Crime/Politics (not incompatible) Space, Environmental Concerns. Sports never made the list. New York readers had their own options.

Marpeaux had recently turned sixty. He kept in fairly good shape, drank moderately, dated no one frequently and dedicated his time to the mag–the published mag as well as the on-line version. The owner had decided to build both prospectively and see what would transpire. Was the printed word off-line outdated? Would their clientele eventually space out after a paragraph as the bulk of the population did? What would be the key interests of Capture‘s readers into the future, say, two or three years down the electronic road?

Fernanda was waiting at the airport. Marpeaux had no trouble identifying her. Tall, raven hair, leggy, sensational body, and quite lovely chestnut skin, wearing sunglasses and a smile that accepted the interested eyes of men passing her as her due. Even the women recognized a jewel when they saw one. Marpeaux shook her hand and escorted her to the car.

In their conversation previously Fernanda had told him that she only flew first class and she kept in excellent condition. She was educated, her body was clean. “One could eat sushi off my ass, dear, and some say my mouth is coated with honey.” At dinner or elsewhere she would give Marpeaux her complete attention. She was not fickle. She did not bite the hand that fed her. Marpeaux conjured up the main photo of his story in his head. Fernanda kneeling naked looking at him, a plate of sushi on her derriere, complete with chop sticks. In sunglasses, of course. Breasts allowing gravity to display their fullness. An image that satisfied his fantasy.

The Capture limo deposited them at Marpeaux’s condo. Fernanda immediately unpacked and headed for the shower. He poured a glass of wine and waited for her to finish. She had dressed in a sun dress and high heels. Stockings exposed her satiny legs; at the bodice her dress hinted at cleavage for which men would open their wallets. But–business first, thought Marpeaux.

Marpeaux could hear the train amid the sounds of the Mariners game. They must have scored—unusual. He could not see Safeco Field from his condo, but on occasion he could hear the roar of the crowd and the occasional exotic yells whenever they happened to win a baseball game, however infrequently that would be.

Fernanda inched her dress up slightly. Marpeaux caught a glimpse of ivory thigh as she crossed her legs. She smiled at his concentration.

He told her his plan. He would not have sex with her, but instead would choose her client. If she charged her client, that was her business. Marpeaux would take some pics. All she would have to do was to take something from her clients to prove that she was acquainted with them. With Marpeaux’s photos and some item of identification from Fernanda, the story would stand. Capture would have no trouble getting sued by outraged clients. She would still be paid the agreed-upon sum, then she would go back to Cleveland. It was a scheme, but she didn’t seem to mind at all. It gave her the opportunity to make a little extra, she said, and she was admittedly curious who he would pick out for her.

Marpeaux had no trouble selecting her potential customers. Fernanda helped to verify the list.

The ballroom was crowded with dignitaries from Seattle. State legislators and lobbyists mingled with other dignitaries, including some from the Other Washington. Fernanda was dressed to the hilt. She stood out in a gathering of women that would lessen the contents of many wallets in that sultry atmosphere. Her hair was tied back, revealing her flawless features and the gown she and Marpeaux had chosen together, while not revealing, displayed the natural curves of her body.

Marpeaux pointed out her quest for the evening: a man in his mid-fifties. A little plump, his oval face was ruddy, and his smile cordial; his attention had already riveted upon Fernanda. The plan was simple. She would seduce the gentleman and keep a souvenir that could be traced back to him. Some form of identification, a credit card, or whatever she could find with his name on it. And, he added, a “DNA sample”–just in case there was a serious threat of a trial.

Fernanda’s eyes widened a trifle upon this request, but decided that would be a simple procedure.

Arthur Firger saw her from across the room and was instantly smitten. A truly lovely specimen of womanhood. But what on earth was she doing with Marpeaux, the notorious sinkhole of Seattle? Arthur sensed a snare immediately but just to meet her was worth the temptation, at worst he could do was whisper in her ear that she had the body of an exquisite painting by Albert Moore and, since he was an amateur painter, could he offer her compensation for her image on his humble palette? Harmless, he thought, yet it had worked in the past, and perhaps he could find out some information why Marpeaux had his guns trained on him. Arthur kept a low profile but word did get around that he bought and sold politicians as a commodity; however no proof ever materialized.

He smiled at his small group gathered for drinks and at his bequest there was no talk of business; when he looked back at the woman that made his ruddy face turn even more ruddy, Marpeaux was no where to be seen. His opportunity presented itself; without a by your leave he departed his group and in a straight line approached Fernanda who watched his every stride.

Marpeaux watched from a safe distance; when he saw Arthur Firger approach Fernanda he placed his glass down on the nearest table and began his withdrawal from the gala event with a slight smile on his face. He could see the print forming in his eyes, Oh, he thought, New York will be calling me and I can escape this provincial sewer.

Fate may be considered one’s destiny but chance is the abstractness of events that can turn a bowl of strawberries into a deadly weapon, so it was with Marpeaux.

A partygoer dropped her bowl of whipped cream and strawberries directly in front of Marpeaux. Someone could have said watch your step! But they knew him and his reputation all too well. Not one person so much as blinked. Taking an unwitting step, his feet slipped and his skull followed his ass to the stone. The poor man was out like the proverbial light.

Fernanda and her companion watched from a distance as the inert body of Marpeaux was carried out. The woman who dropped the dish evaporated into the throng. He is alive, someone yelled, but no one much cared. Fernanda’s first thought was that she had thankfully demanded her money up front–and that she had a key to his condo.

But first things first. This gentleman seemed suave enough. A trifle sanguine, he held himself sturdy. His eyes were penetrating, but she knew that she could melt the most confident of men. Even reduce them to wet noodles on occasion. But now…was it worth it? What if Marpeaux did not recover? What if he did, but it took days?

She pondered this as Arthur Firger asked her to pose nude for him the following day. Too much risk involved now, perhaps needlessly. She accepted–but her plan was now on hold.

Arthur Firger moved his hand effortlessly over the canvas. Fernanda stood with her back against a window, her hands outstretched and her body nude, legs were slightly spread. She could remain in that position only briefly so she took a series of breaks while Firger worked on the colors. She sat in the chair provided for her. Firger ignored her eyes and concentrated on his canvas.

“The thing I like about painting–one forgets one’s self. In a way, it’s all about the other.”

“I have a similar activity that produces the same effect.”

Firger continued without looking up. “The limo you took from the airport was from my company. Capture rents from us, but of course no one knows who really owns the company; that is, the information is not public domain, as many things are not. When I saw you with Marpeaux last night I did some checking.”

“So now we are on equal footing, Fernanda.”

Fernanda said nothing. Firger put down his Liquitex brush and turned to her.

“May I know what his plans were for me? I think I can guess.”

“So now what are your plans?”

“Marpeaux will be in the hospital for a week or more. I will leave for home in two or three days. He’s in no condition to give me any more instructions.”

“Yes, so I understand. So your services to him are basically terminated?”

“It looks that way.”

“That is good to know. Then are not going to have any complications, are we?”

“No, Mr. Firger, no complications.”

“Call me Arthur, please. And you can relax now if you wish; I have an appointment in thirty minutes. How about dinner tonight, then? You can leave or you can stay and wait. I won’t be too long.”

Fernanda told him at dinner what had been expected of her. Arthur smiled and rubbed his chin.

Fernanda closed her legs. “What do you have in mind?”

A week later Marpeaux was discharged from the hospital. Returning to his condo, he was surprised to find Fernanda still there. She told him that she had what he wanted.

Capture carried the story on the front page, Local Billionaire Caught with Latin Bombshell. Marpeaux was in his glory. He had a credit card belonging to Arthur Firger, plus a sample of his sperm. There was no way out.

He could visualize himself in New York by year’s end.

It was a slam dunk for Arthur Firger.

There was no need for a trial. The lawyers hammered out the agreement.

The new publisher, Arthur Firger, changed the name of Capture magazine to Lenz. Partly as a pun on George Büchner’s novella, mostly it was because Mr. Firger liked the letter Z on the end of the word. The chief photographer and edigtor-in-chief was Fernanda. She had always yearned to be in the business. She had a special interest in photography.