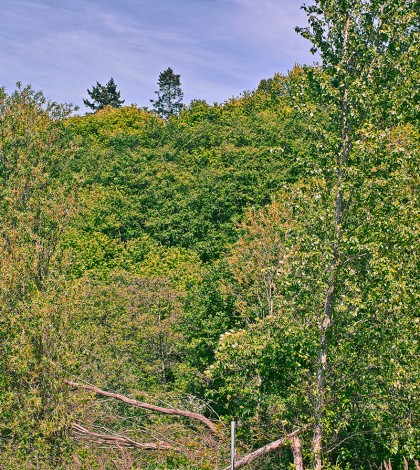 I’ve always liked turtles. Technically there are only two native species of turtle in Washington State, the Western Pond Turtle and the Painted Turtle–at least, on land. By the time I was a boy, however, the pond turtles were considered extirpated in the Puget Sound area.

Turns out they weren’t, but they remain extremely rare outside of the Woodland Park Zoo. They’ve been listed in Washington State as endangered since 1990 (the Feds do not agree, but then, they do not live here). Only about 250-350 western pond turtles are known to remain in the wild in Washington. Most of these are in the Columbia Gorge, and approximately half are young turtles from captive rearing programs.

More common are the beautiful Painted Turtle but even they are not indigenous to Puget Sound, preferring the more predictable Eastern Washington climate, and they tend to hide out in King County. The growing development of the county since the 1980s has destroyed a lot of open space, and turtles being turtles, the natives need a sizable amount of open water and well-managed riparian areas.

The turtles in the pond at the north area of Golden Gardens are of the non-native Red-Eared Slider variety. In Oregon they are illegal even to own as pets. In California wildlife workers remove them on sight. Here in tolerant Washington we’re more chill, as usual, and the state lets owners keep them as long as they are over 4 inches.

It used to be “wisdom” that the red-eared sliders would compete with the native species, spread diseases, etc. The wisdom has been challenged over the past fifteen years, and it turns out the real problem seems to be–imagine that–human beings. The introduction of bullfrogs, warm-water fish, and possums from other areas has been much more damaging than the expected diseases and such carried by the sliders. This is not to say that one should go releasing their sick pet turtles into the wild. That’s a very bad idea.

Given their long turtle lives the effects are still difficult to measure completely, but the cultivation and breeding of various programs has given the Western Pond Turtles a chance at making a comeback. But, just like us native Seattleites, they will have to co-exist with the foreigners.

But at least these foreigners are kinda cute.