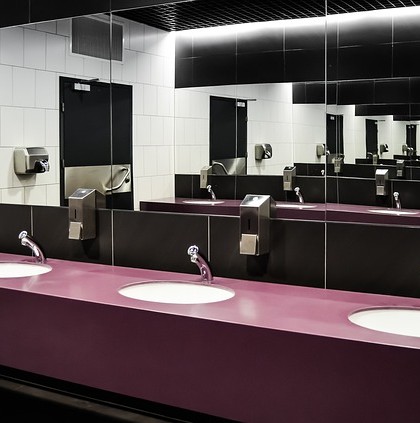 Clone-perfect…How to describe clone-perfect? The first thing is that you don’t do it easily. Like a lot of things in that are D3-related, it started out as a random experiment, then morphed veryfast in the pop-culture petri-dish into something that now has a life of it’s own. So much life, that it’s going to take several posts to do anything like full disclosure. This one’s just the overview, so strap yourself in – it’s gonna’ be a long ride…

Clone-perfect…I could tell you it’s like the old taxonomy thing you got in high school bio about dogs and German Shephards – all clone-perfect are Ichi, but not all Ichi are clone-perfect. Except it’s not like that – not totally. You can file the above under generic-definitions-of-convenience-that-don’t-pass-the-real-test. It’s mostly true, but some clone-perfect are just wannabe-Ichi. Some of them even think that being clone-perfect puts them one step closer – but true Ichi status depends on so much more than just your look.

That said, the right look never hurts. It can go a long way toward securing Ichi status if you do it right – and if there’s one thing the clone-perfect have down – it’s their look. By now you’re probably thinking, “Will you get there please? What the fuck is clone-perfect?!?” Point taken. It’s this – taking the look of a famous person and executing a copy of it that’s so flawless it’s like they cloned you from the original.

The clone-perfect evo-cycle began in anime-cons as an extension of cosplay. Some of the Ichi started mimicing their fave anime-avatars, and got so much P-NET bandwidth doing it, that others (both Ichi and non) started mimicing them. It wasn’t much of a leap from there to morphing yourself to copy the day-to-day of the celeb-socialites, and establishing a newer, cooler, you that way. Soon people started doing it on the street – it became a fashion trend – and that’s how clone-perfect was born.

Now it’s a fixture – in RA1N C1TY and lots of other locales – with the usual web-based subculture and chat-room food-chain. There are a lot of ways to get there – and some don’t even involve permanent body-mods or gene therapy. Like anything with .COM potential, there’s a whole product-services network – and it sells everything – knock-offs of Ichi/celeb clothing – lab-based hair/skinmasks cultured from real DNA – disposable body-mods – everything.

That said, some clone-perfect transmutations do involve permanent body or gene-mods – and if your credit can take the hit – everything takes on whole new dimensions. There are hair/mask combos here too – and some come from pirated-DNA samples of the actual Ichi you’re trying to copy. The whole backstory on how the samples find their way onto the market – the skin-paparazzi and the lawsuits they generate – the faux-gene-sequence rip-offs – the one rumored-just-rumored-’cause-no-one-can-prove-anything Ichi/celeb murder that went down for DNA samples – that’s in a future post. For now let’s keep the overview on point.

By now you’re probably thinking, “These people are just uber-hyped impersonators.” Think that if you want, but don’t ever say it if you’re around one of them – don’t even hint at it. At the very least they’ll get deeply offended and some can actually get violent. It didn’t start out that way, but somewhere in its evo the clone-perfect mindset became almost a religion for them – and it’s one they take veryseriously.

End of overview. More on each of the points above soon. Until then, as long as we’re on the subject of taking fashion veryseriously…

She’d discussed it at length with Yoshi. Her cheekbones would be enhanced so they’d be more prominent under the catwalk lights — they’d also show up better on DVD imaging and holograms. That was the most important thing – you had to look good on HOLOSCREEN monitors – had to give good image-fuck for .FASHION. They’d also inject some site-specific growth factors to make her lips slightly fuller and more sensuous looking. The last step would be to use insoluble calcium phosphate and extracellular collagen fibers – along with calcitonin injections to lengthen her jawline. Her features would be less futsu no – common – more ero – erotic. They’d juxtapose the ero features with shots of her in urban-camo battle fatigues and Z3R0 street clothing — the perfect juxtaposition of verystyle couture with the still-fresh-street-war-asthetic from the anti-terrorist-conflict period. Yoshi was certain the effect would be devastating – the only problem was how to get the surgery done. There was no way her father would do it – not after the last time. Yoshi said he knew some people who could do the operation – but it would be expensive.
Kiku thought about it – realized this was the first challenge to the new person she wanted to become — she’d have to consider her options like that person. She could work – build up the balance in her CREDITCHIP gradually – but the part-time job she’d gotten since leaving school barely paid for food and her share of the rent. She could try to get a second job – but even if she was lucky enough to find something else – working close-enough-to-24/7 would cut into her time for modeling. Kiku needed something that would feed her CREDITCHIP quickly – work wouldn’t. She flirted briefly with the idea of prostitution – Yoshi convinced her it was insane. He reminded her of the string of whole-body-rape killings in Osaka that happened just a little over two years ago – that three of the victims had been prostitutes. Nobody’d ever been able to get a clue about who the Sex Assassin was – but there were rumors Yoshi’d heard from people who knew people in the Z3R0 contingent of SOUNDGASH clubland – rumors that had the rape pig resurfacing in Tokyo – that had him linked to a terrorist death-cult called AUM SUPREME DOWNLOAD – rumors that had ditto-heads from AUM SUPREME DOWNLOAD committing copy-cat body-rapes — but nobody could prove anything yet – so working the streets would put Kiku verymuch at risk. She could avoid the streets by working in sex-clubs. That would keep her from the ditto-heads – but it wouldn’t protect her from the SIMPLEX 7 epidemic that was working its way through the N1PP0N sex trade and a lot of clubland geometrically – that left you with anything from minor blemishes to open sores – the kind that could ruin your shooting schedule or catwalk friendliness for the six-to-eight weeks it took the virus to cycle through your system – that could re-appear anytime since there wasn’t a cure rightnow. The more the new Kiku considered her options – the more they diminished. Finally she realized that the only choice was to go back to her father. He wouldn’t do the surgery – but if she went about it properly – he might be convinced to give her another CREDITCHIP advance to get it done.
She’d left a holo-text at his office asking if she could see him. She hadn’t told him what it was about – that was something she’d do in person. Kiku’d decided to tell her father the advance was for a modeling course – one that taught you all about how .FASHION worked – one that gave you enough training so you could find a job in some other aspect of the industry if it worked out that you couldn’t model. It seemed practical – he’d approve of that – it would almost be like she was going back to school. They met on a Thursday afternoon.