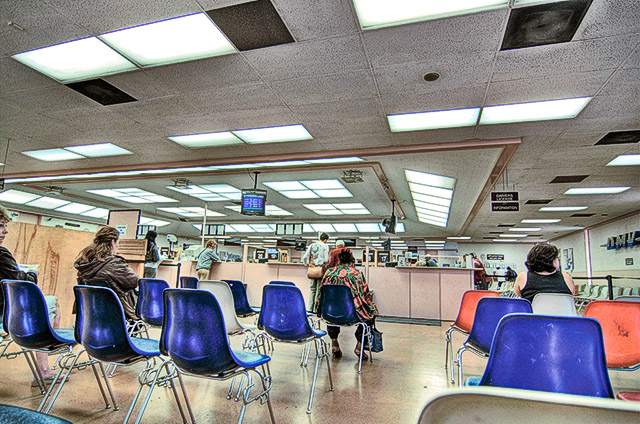 Florian Featherstonehaugh was seated on a bench at the DMV, waiting for his number to come up, when his cell phone rang. He withdrew it from the pocket of his crisp slacks, looked at the incoming number, and uttered a curse under his breath. Can’t I get one sodding day off? he wondered.

With feigned enthusiasm, he answered the call. “Mr. Biggs, sir, what can I do for you today?” Another job being sent his way, of course. He wanted to argue, tell his boss he was dealing with government bureaucracy and then still had to make a bank run, but Mr. Biggs frowned on argument. He frowned on excuses and even levelheaded reasoning. In fact, Mr. Biggs frowned on damned near everything. The smartest thing to do was just agree. “Uh-huh. Yes, sir. I’ll have it done by the end of the day, sir.”

The call ended abruptly. Featherstonehaugh shook his head and opened the phone’s web browser to check his secure email account. The inbox was empty. He would have to wait for the dossier Mr. Biggs was sending. He sighed, thinking to himself that this whole day seemed to be nothing but waiting. He returned the phone to his pocket, glancing at the reader board above the service counter. Beneath the printed ‘Now Serving’ sign, a large, green 22 had just changed to a large, green 23. Featherstonehaugh looked at the crumpled ticket in his hand. It hadn’t changed; it still showed that he was number 45 in the queue.

He walked to the counter. Choosing a window at random, he interrupted the business occurring there. “Look, I’ve things to do today. Can we hurry this along?”

The employee in front of him—a medium-sized, middle-aged man with a receding hairline and high forehead over a pair of thin-rimmed glasses—said, “Sir, you’ll just have to wait your turn. When your number comes up—”

“I’ve been here an hour already. All I need is a renewal. You take the photo and print out the license. Can’t—”

“Sir,” said the DMV man through clenched teeth, “you have to wait for your number—”

“Yeah, for my number to come up,” said Featherstonehaugh, matching the other man’s steely gaze. “And when will that be? Like I said—”

Featherstonehaugh took a deep breath. He wanted to pull the Glock from his briefcase and just shoot the bureaucrat; instead he walked away, congratulating himself on holding his temper. Few argued with Florian Featherstonehaugh. It was the glare. And the height. And the accent. He hadn’t really expected any other response in this case though. He was dealing with the demon-spawn of the DMV, after all, not one of his boss’s targets he’d been called on to finish.

Almost another hour passed before his number appeared on the reader board, and when it did, Featherstonehaugh was prepared. He rushed to the open window and flicked his license down on the counter in front of the annoying man on the other side.

“Of course,” the man replied. “How I could I forget? You needed a renewal, Mr…” He glanced at the license. “…Featherstonehaugh?” He pronounced it incorrectly, of course, as almost everyone did, carefully enunciating each of the four written syllables. Damned Americans.

The man had obviously not been expecting that response. He raised an eyebrow and peered directly into Featherstonehaugh’s eyes.

“Well then, why isn’t it just spelled fan-shaw?”

“But it’s pronounced fan-shaw.” Featherstonehaugh managed to keep his eye from twitching, but his trigger finger, which sometimes seemed to operate of its own volition, tapped the counter lightly. “It’s my bloody name; I ought to know. Can we just get down to business, please?”

“Renewal, correct. Photo, print, sign. A five-minute procedure for which I have been waiting nearly two hours.”

“I apologize, sir, but it is first come, first served around here. Now…I notice that your license expired yesterday.”

“Indeed,” said Featherstonehaugh. “Which is why. I need. A goddamned. Renewal.”

“Since your license is expired,” the annoying little man said, “You’re going to have to fill out some paperwork.”

“Mr. Featherstonehaugh, please, calm down.” The man thrust a sheet of paper outward and said, “Look, it’s quite short. You can fill it out here at the counter, and then we can get you your new license.”

Featherstonehaugh tore the form from the man’s hand. He took a pen from his breast pocket and filled out the form in silence.

Half an hour later, he left the DMV, his business finally finished. He drove to the bank and quite happily found that he was able to complete everything he needed to do there within a quarter of an hour.

Finally, he could carry out the task Mr. Biggs had assigned. Back in his car, he checked his email again and found the dossier on Ronald Smith, the man he had been ordered to kill. His eyes widened when he saw the photo attachment. He didn’t know what a low-level DMV bureaucrat could have done to incur Mr. Biggs’ wrath. He didn’t really care.

He waited inside Smith’s house for the next three hours, eating his food and watching his television, barely noticing the time go by. When the door opened, Featherstonehaugh was waiting, .45-caliber Glock in hand, silencer attached. Aiming the pistol directly between Smith’s surprised and frightened eyes, he said, “So, we meet again.”

“Then what’s this about?”

“I honestly don’t know. All I know is when your number’s up, your number’s up,” Featherstonehaugh said. He pulled the trigger, tossed the pistol in his briefcase, and walked away smiling as he called Mr. Biggs to say the job was finished.