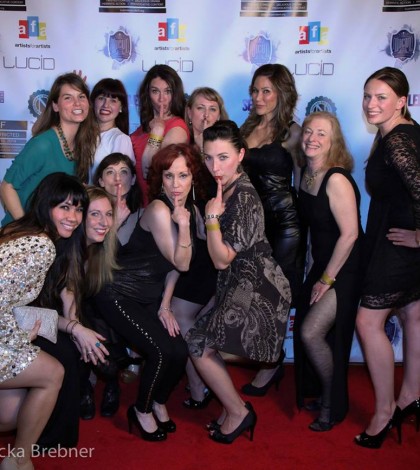 STIFF and I go back a long way–to its origins, actually. As a perennial supporter of any film festival that wasn’t that embarassing commercial event that had Seattle in its name but otherwise no trace, I’ve always admired the DIY spirit of the folks behind the “true” independent film festival. I’ve helped them over the years on their selection committee and by shamelessly embarrassing the hosts of Indepenetration any time I get the opportunity.

Never hip or slick, the STIFF folks always been about being inclusive: by tradition, every film used to win an award. This year, they are more inclusive than ever. The festival begins, in fact, with a free block party and open-air screening on a 26-foot inflatable screen, so that suspicious filmgoers do not have to drag themselves into the dark and scary screening spaces like the Grand Illusion, but can simply pretend to be passing by surreptitiously while actually being entertained by music acts Sealth and Mighty Tiny, and the renowned acrocirquedancemyththingie group, The Cabiri, before the screening of Mars Horodyski’s Ben’s at Home.

The lineup of films this year, too, is even more diverse than in years past. There is the usual assortment of documentary work and slightly warped indie features, along with the notorious Indepenetration and Saturday morning’s Cartoons and Bloody Marys. But they’ve also added foreign shorts and, working with the lovely ladies of Interstitial Theatre, a block of experimental films as well–both long under-represented in the festival. Even my man Ty Huffer has apparently finished his short film for the festival, and he’s been working on it since the 19th Century. Plus a closing night party with the your hostess, the beautiful and skillzzful Caela Bailey–how can you lose anything but your money?

All the while the festival has grown in size and community standing, it still maintains its low-key origins as a film festival for filmmakers. Its casual feeling contrasts with the stuffed-shirt feeling of much of S*FF (that other festival which shall not be named here). It’s something I look forward to every May. You should, too.