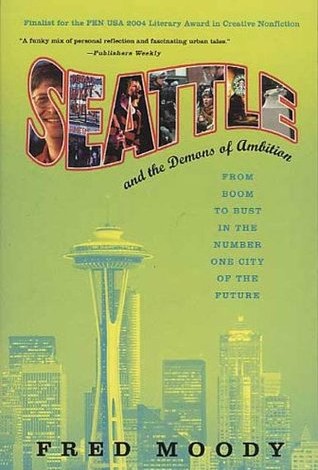 It’s no secret that we here at the Star represent the New Lesser Seattle. But what does that mean?

For those who came to the area in the 1990s, the phrase probably means little. But before the dubious triumphs of Nordstrom, Starbucks, and Microsoft made the rest of the nation grudgingly accept Seattle’s economic influence over their lives, the city was a much different place. Roughly sketched, the city divided into the forces of Greater Seattle and Lesser Seattle, vying for the soul of the city.

Greater Seattle, Inc. lists three prime tenets for its operation: 1. to organize the citizens for the common good; 2. by our activities to make Seattle a more exciting place in which to live; 3, to do a job of selling Pacific Northwest assets which will result in a flow of tourist dollars into the coffers of the city’s business.

What certain people, including the lovable curmudgeon Emmett Watson, found distasteful in Greater Seattle’s rhetoric was its shamelessness. “Boosterism of a kind that would shock George F. Babbitt,” wrote Watson as he railed against that creeping slime mold he would dub “Grosser Seattle.” Lesser Seattleites prided themselves on keeping Seattle small, unknown and therefore unspoiled.

Greater Seattle represented ambition, waste, growth unchecked. Lesser Seattle: purity, ease, simplicity. The theater of those two forces is now cast as the war of New Seattle and Old Seattle. The native Seattleite has at some point to reconcile the two.

Seattle and the Demons of Ambition: A Love Story is Fred Moody’s personal tale of those warring forces within himself. It is as brilliant a history of Seattle as has ever been written, and one of the only books to cover the technological revolution and Seattle’s Days of Future Past with integrity and honesty.

If you know nothing about Seattle before you arrived here, this is your gateway to understand why things are the way they are. If you are a native Seattleite, you can wince, smile and laugh with recognition over eternal recurrence of folly that forms our civic identity.