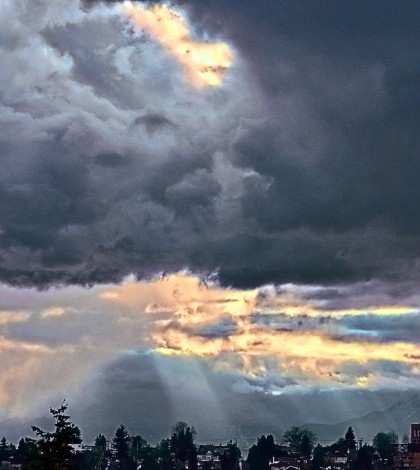 My publisher, editor, mentor, and (yes) friend Omar Willey has been a fierce critic and lover of Seattle and its arts scene for as long as I’ve known him. In addition to driving the ongoing work here at the Seattle Star and championing other Seattle artists, I keep having to remember that he’s an artist as well. He’s created a Kickstarter for his most recent photo project, Natural Advantages: The Photography of Seattle’s Parks. With 17 days left, this ambitious and generous project promises to be a stunning catalog of all 418 Seattle parks, each photo imbued with Omar’s discerning vision. Let’s see how much he edits out of this description, shall we? Or maybe I should say homage: it’s a rare privilege and pleasure to talk to Omar, but especially about his own work, which he tends to shroud in modesty.–TN
****
Tamiko Nimura (TN): So….all 400+ parks? Why all of them and not a “greatest hits” collection?

Omar Willey (OW): A couple of reasons. The first arises from the original idea for the project. My friend was looking for a park that had a gazebo, because she was going to get married and wanted to do it outdoors. I found that on the Seattle Parks home page you could search by feature, but that even if you did there were no pictures of well over half the parks, making it fairly unhelpful. And I thought to myself, “Sheesh, I can do better than that.” In that thought, I had to photograph all the parks for which there were no pictures first. And those turn out not to be the most well-known. No “greatest hits” would have been possible.

The second reason is because that what I’m doing in the project is more than simply taking pretty pictures. The whole idea is to explore a single subject so thoroughly that it reveals how inexhaustible any given image of that subject can be. To do that requires a large number of photographs.

And the third is because I hate greatest hits photography. It’s the kind of photography that makes my soul hurt, an unpleasant relic of the bad old days when people were foolish enough to think a single picture could magically summarize everything. In taking on this project, I’m looking not just at making photographs of parks but also trying to get people to engage with those photographs in a different way from what they consider normally, and also gently coercing them into thinking about photography itself in a much different way from the usual.

TN: What have you noticed about the park system overall? Any threads or themes that tie them together? Any regions of the city that seem especially park-less?

OW: Overall the parks system serves the city pretty uniformly, which would make the Olmsteds happy, I’m sure. The original Olmsted plan for the city was that every house should have either a park or a playground within a quarter mile. That hasn’t completely happened, though it’s quite close. There are some dead zones in the North of the city—because, I think, those were the last areas to be annexed and incorporated into Seattle—and the industrial areas where people are not expected to live–SoDo between Dearborn all the way into Georgetown, and the Boeing Field area—have nothing. The residential areas, though, are very, very well served.

Or at least they would be if some of the parks weren’t so invisible. One thing I’ve learned over the last four years is that a park is not what people think it is. Two examples: Ravenna Boulevard is a park, but few people think of it as such even though people regularly sit under those trees in summer and fall. Second example: Beck Place. I myself walked past it four times before I figured out that the “park” was, in fact, a 44 square foot concrete triangle with a pole and a bus stop sign. And that’s not even the smallest park. There are at least thirty others of similar size The definition of a park is much more broad than one might suspect, because it is so strict. That sounds like irony, and it is.

TN: Other than your technical difficulties, what’s surprised you thus far over the course of the project?

OW: What has most surprised me is not just the massive number of parks but their extraordinary variety. I’ve gone from thinking about simply documenting the parks’ existence to much more profound questions. What’s a park and who uses them have always been on my mind, but I’ve also begun to think about the very idea of space. What is a space? What makes a space public? How can public space preserve individual solitude yet still encourage communal gathering? I’ve tested these questions not by looking at the parks as such but by visualizing relationships between the parks and their immediate surroundings, seeing how they divide up the neighborhood space, and how the design of a park can erase or affirm an urban existence.

I’ve come to find that often it’s not what’s inside the park that is interesting, but rather what can be seen from inside the park looking out. My photograph of the view from Rainbow Point shows one example. The park itself has very little in it. But while it’s literally a stone’s throw from I-5, the park’s landscape slopes and rises so that the interstate is barely visible at many points, and yet one can look across the viewpoint and see the Olympic Mountains and Green Lake as if they were within arm’s reach.


I’ve also been surprised how much outdoor public art there is at the parks, irrespective of neighborhood prosperity even. I’ve even begun to document that as a separate photo-series now.

TN: OK, so I know you’re not into “greatest hits” ideas–but just to scratch the tip of the iceberg, so to speak, what are 3 of your favorite parks, and why those? Or, what are 3 of the undiscovered or unsung gems that you can’t wait to share with Seattleites? Why those?

OW: My three favorites. Hmm. That’s tough. I like a lot of them for unique reasons. I think sentimentally I’m attached to Colman Park because it means summer to me but also because there’s so much to do there yet it’s never overcrowded. Except when the hydros are racing, but then everything along Lake Washington is crowded.

Schmitz Preserve Park in West Seattle is extraordinary, too. The Schmitz land was platted well before the city really exploded, and turned into a park in 1908 by doing nothing but adding an entrance. You can walk through it—or hike, if you prefer—and it’s like a time machine taking you back to 19th Century Seattle, when all was trees and the land hadn’t been raided. The old American Transcendentalist ethos behind the parks, of civilizing the human spirit by communing with nature, shows there most blatantly.

On the North side of ship canal Ravenna Park remains the place to go when I need to forget I’m in the city.

There are a lot of unsung and relatively hidden gems, too. Lake People Park in the south end is like a mini-Schmitz, while Ella Bailey in Magnolia and Fremont Peak Park have two of the best views in the city. I could go on, but you might have to wait till the project is done!

TN: Finally though you’ve done a lot for the Seattle arts scene with the Puget Sound Cinema Society and the Star, among other things, why release these photographs at so little cost for Seattleites (and thus relatively little profit for you)? Why share your work in this format?

OW: The profit is helping others. To be of use. You know that poem by Marge Piercy?

The work of the world is common as mud.
Botched, it smears the hands, crumbles to dust.
But the thing worth doing well done
has a shape that satisfies, clean and evident.

I think our culture as Americans right now, even as Seattleites, is largely insular and self-absorbed. Lots of prattle about individual rights, whether it’s guns or speech or reproduction. It’s like listening to a bunch of teenagers complaining that mom and dad don’t “respect” them, and noticing that none of them want to talk about how their actions affect others. It’s important for me to find things that bind us as Seattleites, and as Americans, rather than what cleaves us apart.

Parks remain one of those things that tie us together, though we rarely think about them that way. A park—public land—serves the communities around it. Any real document of that land must serve the public, too, the best way possible. For me, it can only work best within a sharing economy rather than a traditional marketplace, because the goal is to proliferate, not to restrict, images and uses of the parks themselves. Restrictive copyright is therefore not an option. By definition that copyright only serves one person—me. It takes my project and locks it away so that people could only use it with my written permission every time they wanted to see what a park in their own neighborhood looked like. Whom does that serve? It just strikes me as foolish, egotistical, and cruel. Being an adult means being of service to other people, and I’d like to think I’m more of an adult than that.

My project opens up the parks to anyone who can pick up a book or find a computer. Although the original goal was to make sure the city’s website had pictures of all the parks in its system, early into the project I realized it would be much better to bypass the city completely and give the photos straight to the citizens themselves.

Doing this digitally was the obvious choice, not only because of its broader accessibility but also because it allowed me to explore something I’ve always wanted to explore since I read Fred Ritchin’s book, After Photography: namely, the idea of photographs as hypertext. Not simply pictures embedded within text documents on the web, but also pictures that contain embedded texts and images and sounds within themselves. I think that’s a real path forward away from the traditional “greatest hits” photography. In the past photographers did this by arranging work sequentially or serially in books—like Walker Evans’ American Photographs, William Klein’s Life is Good and Good for You in New York: Trance Witness Revels, and Robert Frank’s The Americans. Photo-books were the way serious photographers dealt with ideas. Now that the idea of what makes a book is under serious questioning with the rise of e-books, I think it’s time, too, to question the idea of a photo-book. That’s what my project aims to do, and with any luck I’ll be at least partly successful on that level.