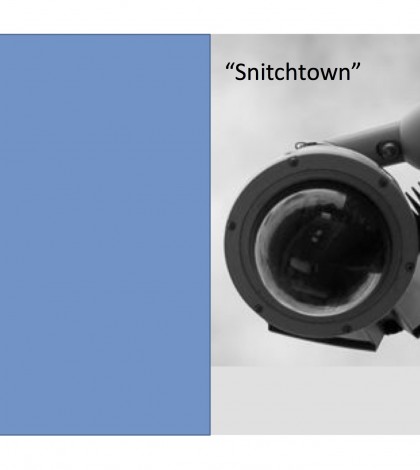 In all this word salad, photographers felt totes jelly, so they begat SOFOBOMO, the National Solo Photo Book Month, which doesn’t even have an “F” in it, showing you exactly how bad photographers are at speling. And because photography is less respectable than writing haiku and tanka and limericks and stuff, eventually it petered out for lack of prestige and paper awards. In its time, though, some pretty good books came out of it.

This one is a kind of photo-essay about living in a surveillance society that uses Cory Doctorow’s essay “Snitchtown” as a starting point by connecting the words to some images of the 4.2 million CCTV surveillance cameras in Great Britain.

Sleep tight, knowing that this will never happen in America.