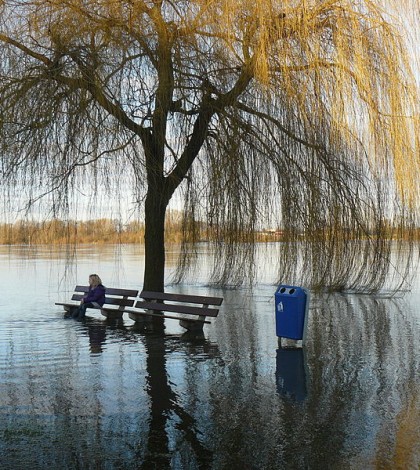 The result was Fotopedia. Over the next couple years Fotopedia extended from being a static website to being an award-winning mobile application. With over 20 million app downloads around the globe, and a bustling website, Fotopedia raised somewhere in the neighborhood of $13 million dollars, including $5 million last year alone.

Then suddenly, on July 31st, Fotopedia announced it would be shutting down in ten days.

The note was terse:

We are sorry to announce that Fotopedia is shutting down.

As of August 10, 2014, Fotopedia.com will close and our iOS applications will cease to function. Our community of passionate photographers, curators and storytellers has made this a wonderful journey, and we’d like to thank you for your hard work and your contributions. We truly believe in the concept of storytelling but don’t think there is a suitable business in it yet.

If you submitted photos and stories to Fotopedia, your data will be available to download until August 10, 2014. After this date, all photos and data will be permanently deleted from our servers.

I suspect the post-mortem will be conducted by people who are much more deeply immersed in Silicon Valley business culture than I am. I am sure it is happening even now.

Myself, I supported Fotopedia, but was never really satisfied with it. I loved the core of Fotopedia Reporter. The tablet application deserved its plaudits for its smooth design and interface–exactly what I’d expect from someone who used to head up the application aivision at Apple. Overall I liked their material on the site. I definitely liked their dedication to the Creative Commons.

What I was never really happy with was a strong tendency toward central control. Fotopedia was a wiki, but it was never a user-centric wiki. User-driven, yes, but in highly limited ways. The source code was never open. The editing process was arcane and based on user feedback of the dreaded thumbs-up, thumbs-down variety. For the longest time, there was no way for users to create their own stories in a magazine format; this had to be done by the people at Fotopedia itself, which was slow and impossible to perform on the masses of content the site regularly received.

There was, in short, all the sensation of a walled-off technology, where users were invited but finally at the service of the company store. This wasn’t like Wikipedia. It was more like, well, Apple. Smart, elegant, friendly–and ultimately cool and untouchable.

The basis of the website and its applications was, I think, sound enough. The aim was not. Mr. Hullot was always striving to be more like Instagram or Twitter. From the beginning I found that bizarre. Instagram and Twitter are made for people with short attention spans and more than a little solipsism in their character. Fotopedia was always designed to be thoughtful, comprehensive, structural, generous–the antithesis of the instant-gratification blather that rots social media networks from within. Taking the whole enterprise in that direction was a fool’s gambit.

Too, the greatest flaw to me was that it created something that many people wanted to use and made it impossible for them to use it in ways that the company never expected. The application, and the website, were always interested in the idea of creating “magazines.” As the final blog entry stated, Fotopedia were always interested in storytelling. Yet the first four years of the website’s existence, they dictated what a “story” should be to their users rather than allowing their users more say in the process. By the time they yielded some ground and came out with Fotopedia Reporter to allow users more control, the die had already been cast.

That idea of a magazine, and that idea of what a visual story is, are both very much open to question in the days of the Internet. And it had little to do with being an encyclopedia of anything. Encyclopedias are notoriously non-narrative. To have been any real sort of encyclopedia, the website would have required a much more rigid structure. But Fotopedia always wanted more. They didn’t want to remain an editable repository of pictures, the way Wikipedia is a repository of editable text. They did not wish to remain merely a “reference” site. They wanted, I think, to lead the way into a new type of photojournalism, complete with a distribution network built into it, so that stories around the world could be shared.

I don’t ask that rhetorically. I ask that because with Fotopedia was never particularly clear. Its lack of firm identity contributed to its demise. Combing the web one will often see Fotopedia mentioned as a travel photography site. The tacit model for such things is probably National Geographic.

No one is sure what the new photojournalism will quite look like, but certain things are obvious:

To me, Fotopedia’s worst shortcoming was that not that it sought to tell stories, but that it sought to control how stories were being told. I am not quite so pessimistic as Mr. Hullot: I do think there is a business to be made in storytelling. But that business will more likely stem from a sharing economy than a commercial one, or, at the very least, it will be a hybrid.

Our world needs narratives–that much is clear. Just as obviously it also needs different narratives from what have been “tried and true.” The business that supports and encourages those narratives will also have to move away from the tried and true, away from centralized story factories to something else glimpsed but not quite seen in such endeavors as Fotopedia.