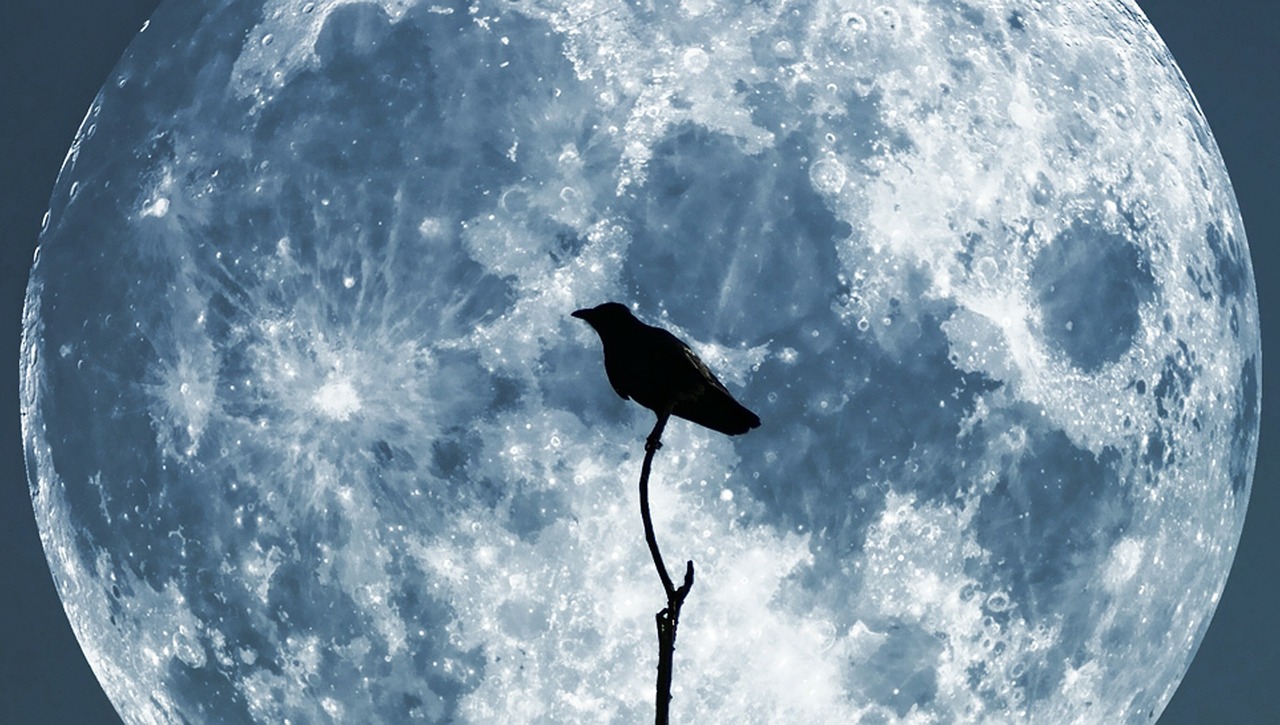 The surface of Rusty’s dining table was an explosion of hastily prepared foodstuff; an empty box of Kraft macaroni and cheese, an equally empty quart of 2% milk, two apple cores, an orange rind, three banana peels and, finally, a partially consumed peanut butter and jelly sandwich. The clutter looked as though a child starved for nearly a decade had torn through his kitchen in a ravishing whirlwind. In a sense, this was true.

Rusty marveled at Dawn’s pink cheeks where she lay nestled against her mother’s breast. Once Dawn had extricated herself from her mother’s persistent embrace she announced she was very hungry. Seeking opportunity to embrace something—anything mundane, Rusty jumped up from the couch and began throwing together the simplest eatables he could think of.

Following twenty minutes of non-verbal gorging where the only sounds issuing from Dawn’s busy mouth were those relating to face-stuffing, the little girl returned to her mother’s arms to fall fast asleep.

What she dreamed of, nestled there beneath his grandmother’s green afghan, Rusty could only speculate. Something told him it might feature scenery with low-lying hills rising from a sward of deep red sands.

“What do you believe in, Rusty?” asked Carri, delicately combing her long fingers through Dawn’s shoulder-length hair.

“My mom goes to church every Sunday. She’s really big into that,” he said. “It’s never been very exciting to me or my dad…”

“I didn’t ask if you believed in God, Rusty. I asked ‘What do you believe in?'”

Feeling a tad embarrassed, Rusty could only shrug. “I guess I don’t know.”

“That’s one of the most precious things the Universe gives to human beings; their great capacity to believe,” she began. “The tragedy is in how they so often fall short of their potential. Belief defines them through hope and gratitude. Faith; it’s such a powerful thing, but so few of them know how to use it. So few grasp its purpose.”

“Churchy people have always made me kind of nervous—they’re so clearly in it for themselves but try to tell you otherwise,” Rusty said, plucking at the cuticle of his thumb with his index finger. “I don’t know… I always figured what they were after wasn’t something you could ever actually have.”

“Dawn and I were once very powerful creatures of faith,” she said, “a very long time ago.”

“How do you know, you said you didn’t remember anything?” said Rusty.

“Once I had my little girl back in my arms, it all started to come back,” said the Owl Woman.

On a bluff three leagues north of Athens a little temple to Athena Ergane stood overlooking a beach of bleached sand. Its walls were comprised of bricks hewn from dusty pink marble, its columns wound in deep green vines of ivy. The soapstone statue greeting followers at the temple entry was not the warrior woman clad in peaked battle helm and razor sharp spear, but the goddess in her more nymph-like incarnation. Standing no taller than her devotees, the statue’s delicate arms emerged from a diaphanous gown, her right hand gesturing for the stars, the other supporting a sharp-eyed owl upon her forearm.

For generations, the humble shrine was attended by the Order of the Golden Eye. Their sigil was a simple one, a proud owl crouching upon the branch of an olive tree.

Serving this quieter aspect of the goddess, temple priestesses devoted caring study to arts and crafts, knowledge and skill, inscribing their faith literally and symbolically through the act of weaving.

No men existed within the Order of the Golden Eye and care of the temple and its followers was a sacred trust passed from mother to daughter. The Order’s head priestess never took a mate, raising only girls and entrusting all male offspring to followers of the goddess. The pairing of mother and daughter was a formidable one, weaving durable cloth and enduring communities.

These women were more than crafters of lovely textiles. They were deep thinkers and teachers, inventors and innovators. In their time, Naia and her daughter Neith upheld the traditions of their mothers and grandmothers by mapping irrigation systems during drought and improving the blacksmith’s smelter in times of conflict.

So when the carrion crow of the gods developed a taste for something more than table scraps they gifted the priestesses of Ergane with a fraction of their matron’s very aspect sending off the owl women to run the beast to ground.

“We failed,” said Carri and a hot tear rolled down her cheek.

Former Coroner Ron did his ever best to crouch, but his knees voiced their displeasure with a chorus of pops. Hovering about the broken body of the man where he lay upon the front lawn, their faces buried in their hands, the mother and daughter wept in silence.

Looking up from her tear-soaked palms, the little girl’s eyes met those of Former Coroner Ron. Taking in his great mass with her large brown eyes, she dabbed briefly at the runnels sliding down her face with her shirt sleeve and did the last thing Former Corner Ron expected; she slid her little arms as far as she could about his barrel chest and pressed herself into him as tightly as she could.

“He’s my Uncle John,” said the little girl into Former Coroner Ron’s worn flannel shirt. “He came to live with us because he was going to school. He’s dead, isn’t he?”

“Was that a monster?”

“Mommy always says there are no monsters,” said the little girl.

“And there won’t be ever again if I can help it,” said Former Coroner Ron in the little girl’s ear.

Carri gently extricated herself from her sleeping daughter’s limbs and set Dawn’s head upon the corduroy throw pillow. Adjusting the afghan over the whole of Dawn’s little frame, she sat down on the edge of the coffee table and took a moment to watch her daughter sleep.

“You said you were chasing a crow?”

Carri gave half a smirk and shook her head. “Carrion Crow. It’s gone by many names. It was once an offal eater and consumed the scraps left by the gods…the dead from the battlefields, the spills from sacrifices.”

Rusty’s stomach did a little twist at the collage of horrific images popping into his head.

“But the world moved on…and as the One God began to take the world from the many, pickings for the Thelema Child grew thin,” said Carri. “It began to visit the world of man more and more looking for a meal.”

Rusty recalled standing on the red plain and watching the shadow play that scrolled over the great column. Now he understood why the image of the little hunched over creature kept scurrying over cityscapes and beneath the feet of marching soldiers.

“We were dispatched to end the carnage, but it was too quick for us,” she said, drawing a finger through her daughter’s hair. “We chased it for a hundred lifetimes, all the way to the New World.”

“How come you couldn’t catch it?”

“It was fast…and growing faster, stronger.” Rusty heard a tremor in her voice. “Gods are powered by faith, by belief. By the time Man had learned to sail the whole of the globe the power of our gods had been greatly diminished.” Satisfied her daughter was soundly asleep, Carri stood up and adjusted Rusty’s sweat pants upon her hips.

“The world of man still remembered their names, still recognized their effigies in art and literature, but they no longer believed…and the Thelema Child had become self-sustaining.”

“It was eating people?” Rusty groaned.

“Their fear. It sustains itself more on the terror it invokes than the actual bloodletting,” she said.

Crossing to the kitchen, Carri lifted a clean glass from the drying rack and filled it from the tap. After draining half her glass she continued.

“We lost the trail. My daughter and I would settle, make a home and wait for a sign. By the time the Puritans began colonizing this land, we had all but forgotten our purpose. But we never seemed to lose who we were…” Her eyes grew distant and she turned the glass into her wrist and pressed it to her sternum. The ghost of a smile moved over her face.

“We settled into a community and did what we did best—we gave of ourselves with our medicines and looms. We helped to birth and raise their children…we showed them the simple miracles present all around them.” The last syllable caught in Carri’s throat. “And that was a threat, because this new land was about a different kind of power—the power of the one over the many. A selfish viewpoint that breeds only fear. They came in the night and burned our home, our herbs and medicines and then they burned us.”

Tears once more slid down Carri’s face. Rusty rose from the couch. He wanted so badly to take her hand, squeeze it tight and fill her world with reassurances.

“To be reborn was our curse for not stopping that monster,” she moaned, “but when we came back, we couldn’t remember who we were and what was our purpose. The Thelema Child remembered, and it came looking for us again and again.”

“Doctor, we should leave these two to the authorities and be on our way,” said Paulus from the corner of the lawn.

Rearing up, Former Coroner Ron turned from the little girl and charged for the two warriors in their three-piece suits. “Take a look over there you pompous ass, these people are in agony—they’ve just lost someone dear and all you can think about is trailing after your precious quarry!”

“We understand your ire, Doctor,” said Castro. “But if we don’t take up the pursuit, the trail will go cold and we’ll be back to where we started.”

“He was an art student,” Goltry gritted.

“What?” came the reply in stereo.

“That young man over there, he was an art student.”

Former Coroner Ron looked down upon the stout godling and thought how satisfying it would be to kick him into the street.

Former Coroner Ron ground his back molars and drew in a deep breath. “How do you propose we reinitiate the trail?”

Castro exchanged a sly look with his brother and presented his katana to Goltry. Former Coroner Ron looked down at the proffered length of the blade and saw a smear of crimson along its edge so rich as to be black. He touched it with his right index finger and the carnage about the duplex lawn disappeared in a flash of white.