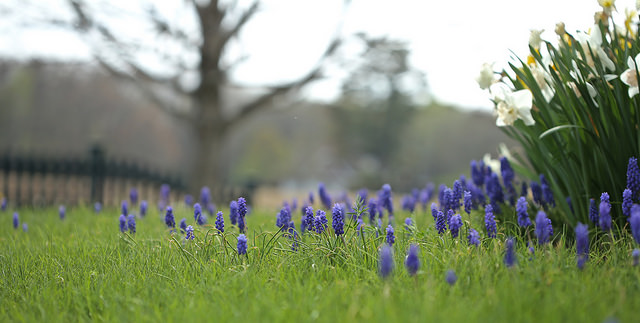 The stakes are high. The outcome will determine whether we live in a dystopian chaos, or a civil society; whether we preserve our natural life support system, or live on life support.

At the moment, it’s a rout. The capitalists are winning, and those very few who speak for the commons are ignored, marginalized or ridiculed.

To understand this conflict, we need to understand what is meant by the commons. Here’s a typical definition:

The cultural and natural resources accessible to all members of a society, including natural materials such as air, water, and a habitable earth. These resources are held in common, not owned privately.

I would propose a slightly broader definition, one in which “cultural resources” includes the laws, regulations and norms designed to assure an equitable, just, prosperous and sustainable world. These too are under assault from the capitalists.

Growth, GDP, Wealth and Other Non-Sequiturs

Ask any good capitalist what an economy is for, they’ll say something like “maximizing wealth,” or “growing GDP.” Folks have pretty much figured out that GDP isn’t synonymous with wealth or welfare, but this still begs the question: what is wealth?

Most definitions offered by economists go something like this: those material things which are produced by labor, can satisfy human wants, and must have an exchange value. And of course, the medium of exchange we all know and love is money, moola, cash, bucks – in short currency. But as Chris Martenson points out, currency is merely a claim on wealth, not real wealth. It has no intrinsic value.

One of the problems with this is that there are no practical limits on currency.

And what is this claim made against? Well, the source of all real wealth is natural capital. Without it, all the labor, ingenuity and individual initiative is basically useless. But natural capital, unlike currency is finite – it has limits.

The fact that we price the Commons with currency shows a fundamental misunderstanding of what real wealth is, and how it is generated.

How, for example, do you price the consequences of having no breathable air, no drinkable water, or highly acidified oceans? What monetary value do you place on the last coral reef, the last breath of fresh air, the last pollinator, or the last stretch of rainforest?

The answer is, of course, you can’t price these things and probably shouldn’t. Denominating things that are both necessary to support life and in limited supply with currency is like trying to convert a stack of dollar bills into air, water, natural resources, and a livable climate. It doesn’t matter how big the stack of cash is, it won’t work.

Incidentally, humans have wiped out about $23 trillion a year in ecosystem services since 1997, by destroying wetlands, wiping out corals and other destruction of the commons. This mass liquidation of natural capital doesn’t even show up in our economic indicators.

But let’s get back to that issue of currency having “no practical limits.” So what? Well, capitalists are placing claims against natural capital that isn’t there – in essence, they’re stealing future generations blind while they gin up the biggest bubble the world has ever seen.

Capitalists get the vast majority of the spoils of this theft, we get the crumbs, and the future generations get the bill. Unless, of course, nature decides to foreclose on the debt sooner, rather than later – which, given the trends in climate change is inevitable, and much closer than most capitalists believe.

Indeed, it is very likely that the bill will arrive early, payable within a decade or two, and the terms will be non-negotiable — continuation of our life support systems – or not.

How and why does this insanity persist? Future blind capitalists have stolen the government, media and the terms of the debate.

It’s not because the private sector does these things better: In general, the public sector provides better service at comparable or lower costs than private sector equivalents. It’s for the sake of profits for a very few fat cats at the expense of the vast majority of the people.

These used to be part of the shared investment we made for the common good. The very basis of our government is grounded in the notion that governments are established to assure the “commonweal,” or “commonwealth.”

But since Ronnie “gubmint-is-the-problem” Reagan, Americans have behaved like slack-jawed yokels at a three-card monte festival, disabling, underfunding and discrediting government and turning the country over to a bunch of crazed Ayn Rand acolytes, making ourselves poorer, while destroying natural capital, our children’s birthright.

John Atcheson is author of the novel, A Being Darkly Wise, an eco-thriller and Book One of a Trilogy centered on global warming. His writing has appeared in The New York Times, the Washington Post, the Baltimore Sun, the San Jose Mercury News and other major newspapers. Atcheson’s book reviews are featured on Climateprogess.org.