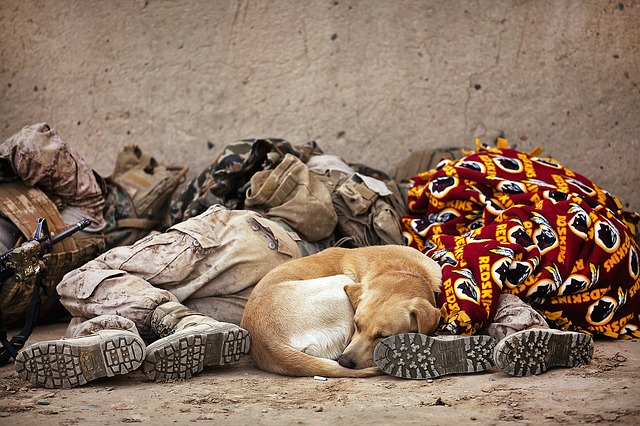 “What Dreams May Come: Treating the Nightmares of PTSD” was a blog post I published in November 2013. It remains a very popular post, which continues to receive many views and comments. Since publishing that post, I have received multiple questions from readers about treatments for nightmares. These queries reinforce, for me, just how distressing this symptom of nightmares is for individuals who live with PTSD.

In light of this, on 5/22/2015 I interviewed Dr. Murray Raskind about his pioneering work in the field of PTSD and the treatment of nightmares.

Murray A. Raskind, MD, is Director of the VA Northwest Network Mental Illness Research, Education and Clinical Center (MIRECC). He is also Professor and Vice-Chairman in the Department of Psychiatry and Behavioral Sciences at the University of Washington School of Medicine and Director of the University of Washington Alzheimer’s Disease Research Center.

In the late 1990’s, Dr. Raskind pioneered the use of prazosin for nightmares, by giving it to some of his veteran patients with PTSD. What started as clinical innovation eventually morphed into an important research question, and in 2013 Dr. Raskind and his group reported on an encouraging scientific development. They conducted a fifteen week randomized controlled trial of prazosin that involved sixty-seven active duty soldiers with PTSD. The medicine was titrated up based on the participant nightmare response over a period of six weeks. Prazosin was found to be effective in improving PTSD nightmares and sleep quality in two thirds of the sample. It was also associated with the study participants reporting a reduction in PTSD symptoms and an improvement in their overall global functioning.

I started my interview by asking Dr. Raskind about any other scientific findings that have emerged from that trial since his 2013 publication.

Dr. Raskind: We did an interesting secondary analysis, which we are writing up for publication now, of that sample of 60 or so active duty Iraq/Afghanistan soldiers with PTSD. When we analyze the response to prazosin, prazosin worked a lot better than placebo, but not in everybody. Approximately 2/3 of the soldiers were moderately improved globally, but there were 1/3 who just did not respond even though there were no differences in their symptom severity as measured by the CAPS (The Clinician-Administered PTSD Scale). With just looking at the psychiatric symptomatology, we really could not differentiate why one person would respond and another would not. We started thinking about it and we thought it would be nice to know something about the level of activation in the brain of the alpha 1 receptor for norepinephrine. (Prazosin is an alpha 1 norepinephrine receptor blocker or antagonist.)

Dr. Jain: So you are starting to paint a profile of what kind of patient would respond well to prazosin?

Dr. Raskind: Right, which goes to our clinical experience….I often get referred the most agitated, aggravated, and upset combat veterans with PTSD who are having sleep disruption. When they wake up from a nightmare, or even without a nightmare, the bed is wet from sweat and their heart is racing and they cannot get back to sleep. During the day they are hyper vigilant and irritable. The ones I see, the ones who are good prazosin responders, almost always have some degree of elevated blood pressure. When someone comes in to my office with the same clinical picture but their blood pressure is below normal, I say, “I do not think that prazosin is going to work particularly well for this veteran.” I made that observation clinically, but I did not know whether it was valid until we did the study. It is actually sort of exciting. We have to do it prospectively, but I think it will hold up. Even without measuring blood pressures, other indications of increased sympathetic arousal such as sweating when you wake up at night or during sleep is another factor that I think would be a good biomarker, but it is not so easy to quantify.

Dr. Jain: That is pretty exciting, because, as far as I know, when we look at medications for PTSD, I do not think we have other biological predictors of response.

Dr. Raskind: Right. We do not. That is correct. We presented the data at two places so far. At this year’s Biological Psychiatry meeting and also at ACNP (American College of Neuropsychopharmacology) last December.

Dr. Jain: How do you see prazosin being used in the clinical setting 5-10 years from now?

Dr. Raskind: Well, I think that I would like to see it being used for people in whom there is a good chance that it would work. It’s not for everybody. Fortunately, it is a pretty easy medication to tolerate and the side effects are relatively uncommon, provided that you start at a low dose and titrate it upwards. The titration should be based both on the target symptoms going away and if there are any adverse effects on blood pressure. Usually, adverse effects are relatively uncommon. The major problem with prazosin is that providers don’t titrate to a high enough dose. If you look nationally, there are about 100,000 veterans with a PTSD diagnosis in the VA who, last year, were prescribed prazosin. About, one out of six. But the downside is that the mean dose is about 4 milligrams.

Dr. Jain: Is that sub-therapeutic in your mind?

Dr. Raskind: It works for some people, but some people need more. They also often need smaller daytime doses. Either one in the mid-morning and another one at around mid-afternoon somewhere, in addition to the night time dose, because prazosin only has a duration of action of about 6-8 hours. There is no magic number of milligrams. In the 2013 study, we titrated it up to a maximum dose of 20 milligrams at night and 5 milligrams mid-morning. You could go that high. Rules were you titrate it up until all nightmares were gone in the previous week. It took a lot of prazosin. We got up to about a little over 15 milligrams at night and about 4 milligrams mid-morning until we reach that criterion. That suggests that 4 milligrams is too low. On the other hand, some people get better with 2 milligrams. Sleeping great and nightmares are gone. That is the dose for them.

Dr. Jain: It sounds like you would like to see prazosin used in a more tailored fashion in people who have a profile which suggests it is more likely to work for them.

Dr. Raskind: Exactly. There are other disorders for which it appears that prazosin will also play a therapeutic role.

Dr. Raskind: Well, there are three. The first is alcohol use disorder. Second is post mild traumatic brain injury or post-concussion migraine headache. The third is agitation aggression in Alzheimer’s disease and probably dementia in general.

Dr. Jain: Alright. Other than prazosin, what else do you like to use for nightmares? Are there any other things you have come across that you are particularly impressed by, non-pharmacological as well as pharmacological?

Dr. Raskind: The literature on nightmare psychotherapy is mostly from civilian trauma populations. I don’t know how well it translates over to (veterans)… There are specific nightmare psychotherapies, that I am frankly not terribly familiar with, e.g. imagery rehearsal. Changing the nature of the dream while you are awake and then seeing if that helps. Again, it helps in civilian trauma populations. The nice thing about psychotherapy, in my opinion, is if it is done well with a compassionate and interested person, they all work to some degree and their side effects are pretty low. In general, the psychotherapy along with rational pharmacotherapies is probably the way to go.

Dr. Jain: Please offer your perspectives re: clinical innovation in the 21st century? Is it harder for today’s physicians to innovate at the bedside? (too much regulation, oversight, paperwork, legal implications)

Dr. Raskind: And these guidelines, which are really, mostly, guesses.

Dr. Raskind: Right. If you do not follow them, people worry that they are going to be called on it and I have seen it happen. The prazosin thing—what happened there was I was working with this Vietnam veterans group in 1995. From their descriptions of their symptoms it was clear that they were having an adrenaline storm at night. So I said, “What do people use to calm excess norepinephrine in the brain?” Block the beta receptor with propranolol! (It has been used for social anxiety, public speaking anxiety, or for performers who get nervous about a performance.) So I gave my first veteran propranolol—I was pretty safe in doing that because he had some hypertension too. He came in and said, “I am getting worse. My nightmares are even more intense.” I looked at the PDR and saw that Beta blockers do intensify dreams!

I did know, from some of the neuroendocrine work that I have been doing in Alzheimer’s, that the beta receptor for norepinephrine and the alpha 1 receptor sometimes had opposite effects, when stimulated or blocked, on various neuroendocrine systems. So I said, “Well if he is getting worse by blocking the beta receptor, maybe he will get better if I block the alpha 1 receptors.” I looked at the available alpha 1 receptor antagonists. Prazosin was the only one that had reasonable penetrance into the brain by its lipid solubility. So I said, “Let’s try prazosin.” The veteran gets better. He got better and dramatically improved. The second one dramatically improved too.

Dr. Jain: That’s a great story. That happened in 1995, do you see that happening nowadays?

Dr. Raskind: I think it can, if people have open minds. We are not going to change the bureaucratic system, but we need to be observing things rather than saying, “This expert says this and this one says that.” I mean, though it is all well and good and we have studies which demonstrate this and that, it is very important for us to remember our experience with the individual patient. What we thought, a guess of what might help and if we have some rational for doing it. People are so afraid to deviate from what someone says is the right thing to do that it (clinical innovation) may be happening less and less.

Dr. Jain: Yes. Keeping an open mind and, like you said, focusing on the individual patient experience.

Dr. Raskind: And talking to your colleagues. Anyway, I agree with you that we are tending to under appreciate the ability of clinical observation to give us productive leads in drug development.

Shaili Jain, MD serves as a psychiatrist at the Veterans Affairs Palo Alto Health Care System, is a researcher affiliated with the National Center for Posttraumatic Stress Disorder and a Clinical Assistant Professor affiliated with the Department of Psychiatry and Behavioral Sciences at the Stanford University School of Medicine. Her medical essays and commentary have appeared in the New England Journal of Medicine, the Journal of the American Medical Association, public radio and elsewhere. The views expressed are those of the author and do not necessarily reflect the official policy or position of the Department of Veterans Affairs or the United States Government.

View other posts by Shaili Jain, MD at PLOS